ALL WRAPPED UP by Kimberly Kincaid 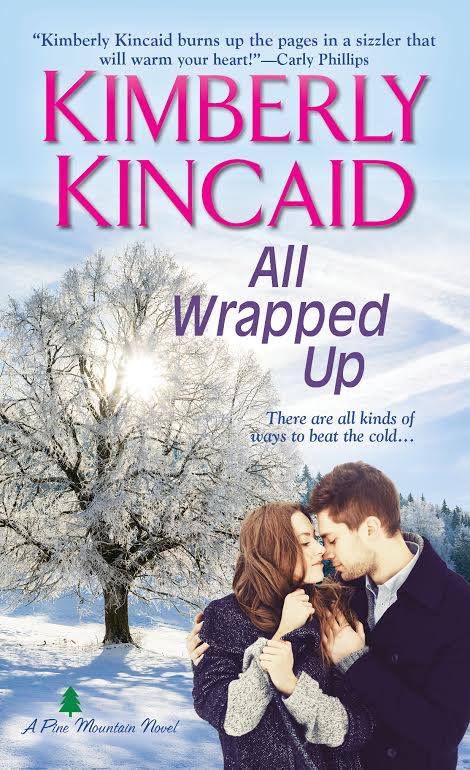 On Sale one day only January 18th
All Wrapped Up is the fifth book in the Pine Mountain series, but just as with all the books in the series, it stands alone too.
Talk about a hot leadâ€¦

Christmas is coming to Pine Mountainâ€”and it has a way of stirring up memories, good and bad. Nick Brennan may manage the Double Shot bar smooth as good whiskey, but his past is a hot mess. When he runs into a burning building to save a little boy, some people start thinking thereâ€™s more to his heroism than holiday spirit. And then the local reporter assigned to the story turns out to be gorgeous Ava Mancuso, the girl who got away.

Ava knows what itâ€™s like to have a past. But the changes sheâ€™s seen in Nick since she knew him do more than set off her natural curiosityâ€”his warm eyes and gruff charm have her instincts fired up. Still, all the chemistry in the world doesnâ€™t erase history, even when Nick invites her to his little sisterâ€™s mistletoe wedding. Does he have a heart under all those secrets? Or is this going to be just another Christmas past? 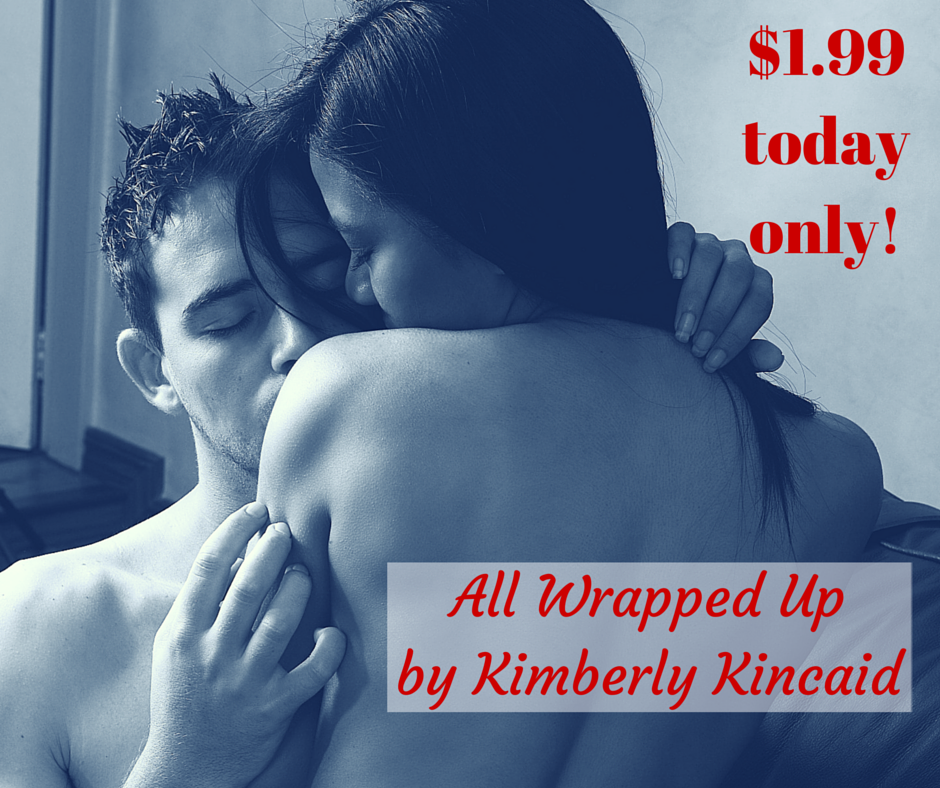 Nick Brennanâ€™s boots sounded off against the neat stretch of pavement in front of his apartment, and he inhaled a deep breath full of frozen air and screaming back pain. Heâ€™d learned to cope with an extended and somewhat brutal version of winter upon moving to Pine Mountain two years ago.

The pain was a little more difficult to swallow, but then again, the snap, crackle, and pop running the length of his spine was more rule than exception. After a little over two years,Brennan had learned to suck it up and lock it away. After all, there were worse things than blowing out a couple of vertebrae. Not to mention worse ways to deal with the pain.

Brennan stuffed back the thought, popping the locks on his Chevy Trailblazer and sliding into the well-worn driverâ€™s seat. The Double Shotâ€™s staff schedules werenâ€™t going to write themselves, no matter how much his back creaked like a hundred-year-old staircase, and he needed to get to work, stat. Brennan mightâ€™ve closed the bar last night, and yeah, the four before it too, but his friends Adrian and Teagan needed all the help they could get. With business booming under the new management of the burly head chef and the ownerâ€™s daughter, busy shifts were a foregone conclusion, especially around the holidays. Not that Brennan minded. All that work kept him moving forward, and that was a good thing. Because going back? Not an option.

The handful of country miles between his apartment complex and the small-town bar and grill started flashing by in a late-morning slide show of snowy pine trees and mountain backdrops, and Brennan cracked his window to take another deep breath despite the December chill in the air. Dwelling on the past and the physical pain that went with it only spelled trouble,and he forced the muscles in his shoulders and back to unwind as he slid more air into his lungs.

Brennanâ€™s pulse catapulted into go-mode, his heart triple-timing it against his sternum even though he refused to let his movements follow suit. With his senses at Defcon One, he methodically scanned the narrow road in front of him from shoulder to shoulder, scooping in another lungful of air as he lasered his focus through the bare trees to the sky overhead. Fuck. Definitely smoke. Enough to mean very bad things. And it was getting stronger by the second.

Kimberly Kincaid writes contemporary romance that splits the difference between sexy and sweet. When she’s not sitting cross-legged in an ancient desk chair known as “The Pleather Bomber”, she can be found practicing obscene amounts of yoga, whipping up anything from enchiladas to Ã©clairs in her kitchen, or curled up with her nose in a book. Kimberly is a USA Today best-seller and 2015 RWA RITAÂ® finalist who lives (and writes!) by the mantra that food is love. She resides in Virginia with her wildly patient husband and their three daughters. Follow her on the following social media: