Fated by AS Roberts 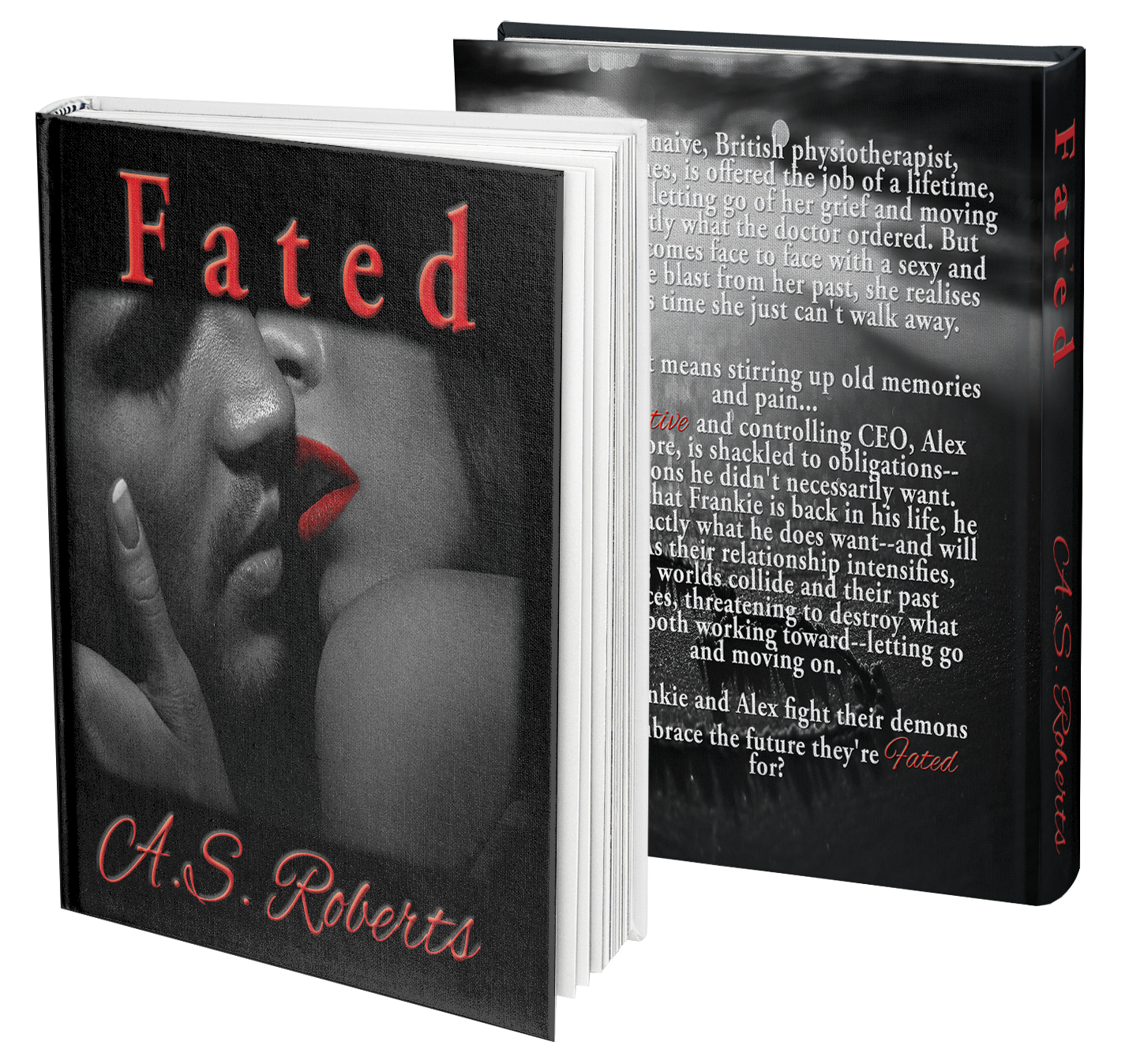 It was an honor and pleasure to read the debut from A.S. Roberts, Fated.
The story a young woman named Frankie Jones who has had a bad beginning, her mom, Karen took no interest in her other than what Frankie could do for her. Frankie was taken in by her Aunt and Uncle, her father’s brother, they had one son, James. James and Frankie were thick as thieves, more brother, and sister than first cousins. Despite Frankie’s difficult up bring and her losses, she became a British physiotherapist who decides to take a job of a lifetime. Frankie relocated over the pond to New York City; her patient Superbike rider, Nathan Blackmore.

Nathan Blackmore’s brother is none other than Alexandar James (Jabby) Blackmore, CEO, Alpha-Male, Ex-Military. The oldest son of three boys and a stepsister. The Blackmore brothers had their share of hell on earth dealing with an overbearing, controlling stepfather.

As a first time author, AS Roberts has included every emotion in her first book, happiness, sadness, silliness, envious, elation, and let’s not forget about the sex.

Unassumingly relatable steeps into your heart, soul and mind. A must read by a new talented author.

I am a chocolate addict, children loving, mad woman. A self confessed book whore who reads more than she exercises. Luckily I am married to the love of my life, together we have four boys and lots of dogs. I live in south east England, although I love to travel. When I’m not reading… I can be found writing and drinking copious amounts of tea!