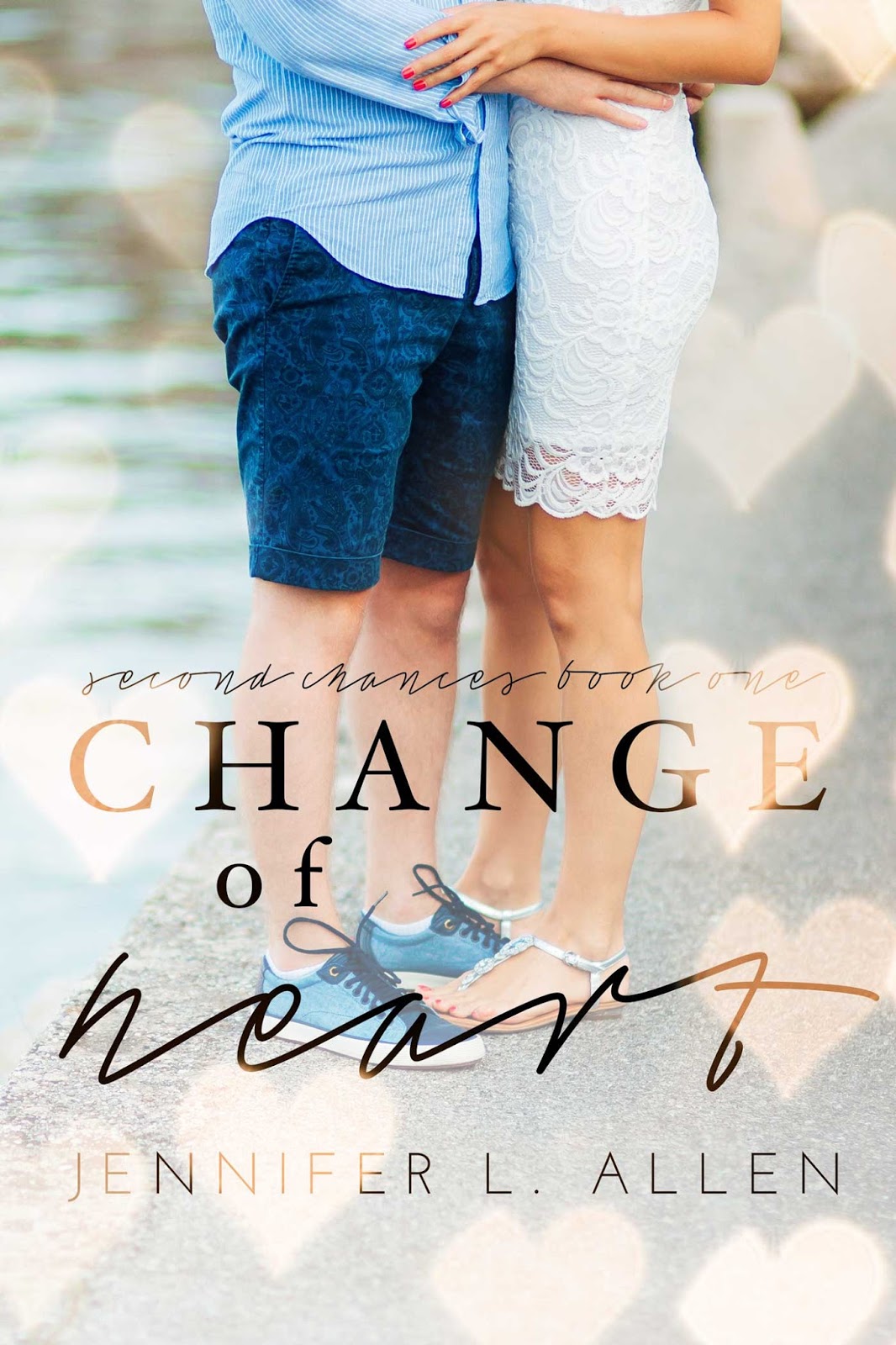 Casey Evans and Decker Abrams have been best friends since they became neighbors at the age of six. After high school, Casey abruptly leaves their hometown of Charleston, South Carolina for the west coast, leaving Decker wondering where she went and why she left.Â

Three years later the two are reunited, both harboring some old resentment towards the other. Not to mention, Casey has been hiding a pretty big secret from Decker all those years. Not willing to risk losing Casey again, Decker follows her back to California in an attempt to save their friendship.

Will Casey and Decker work out their issues and be best friends again? Or will they finally become something more?

“Have your kissed anyone, Casey?” Decker asked after we spread out the blanket and sat down cross-legged at the end of the dock.

“Then how come I’m seventeen and I’ve never been kissed?”

He looked down at his hands, fidgeting in his lap.

“Decker?” I asked sternly. What did he do?

“I may have threatened a few of the guys on the team.”

“What?! Why? How?” I couldn’t believe he did that . No wonder guys never talked to me, let alone kissed me. I knew I was plain and all, but still. There’s someone for everyone, right? All those guys that talked to me and he chased away …

“None of those guys are good enough for you.”

“Shouldn’t that be for me to decide?” I cross my arms over my chest, downright pissed off now. 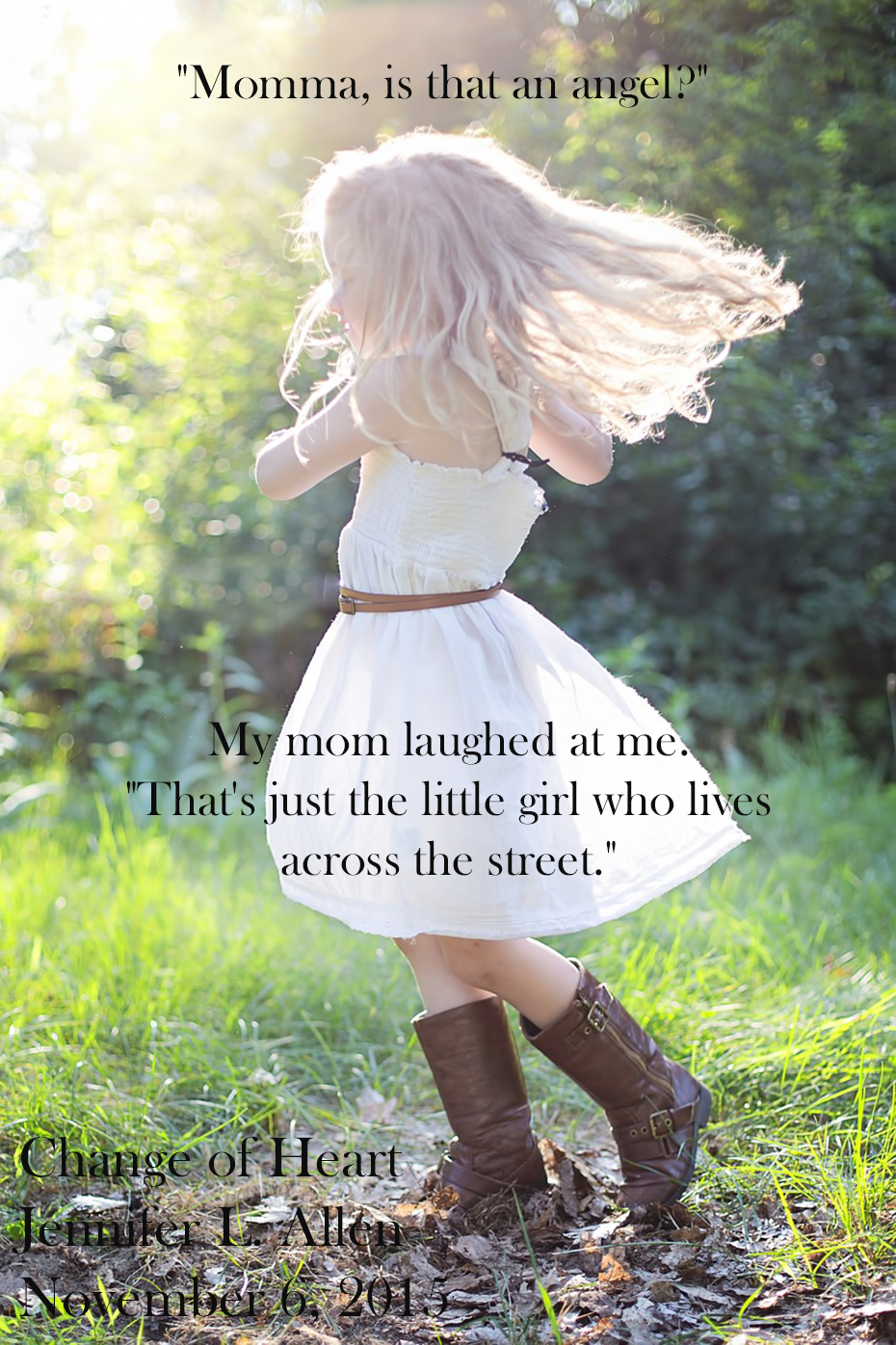 “Hmmf.” I stared off into the water, ignoring him.

Decker sighed. “You know what? I’m not sorry. I don’t want you kissing other guys and that’s that.”

My eyes snapped back to his. “Excuse me?”

“You heard me,” he said, looking down at his hands again.

“Yeah, I heard you. That’s a bunch of crap, Decker. You can’t just run interference all my life.” If I was sitting, I would have stomped my feet.

I rolled my eyes. Arguing with him with useless. He was the most stubborn person I knew, next to myself of course.

He sighed again. “I want to be your first kiss,” he whispered, so quietly I barely heard him.

“What did you just say?”

He looked up at me. “I said I want to be your first kiss.”

“What? Why? Decker?” I didn’t know what to say. Where was this coming from? Decker wants to kiss me? Why?

“Because when I think back to my first kiss, I want it to be a happy memory. And Casey, all my memories with you are happy ones.”

I felt tears well up in my eyes. Well, if that wasn’t the sweetest thing Decker Abrams had ever said to me. And I’d be his first kiss, too? Gorgeous Decker Abrams has never kissed a girl?

He grinned that boyish grin I loved so much that always got him out of trouble … with me and every other female in his life.

“So you’ve really never kissed a girl before?” I still found that hard to believe, but Decker had never lied to me before. 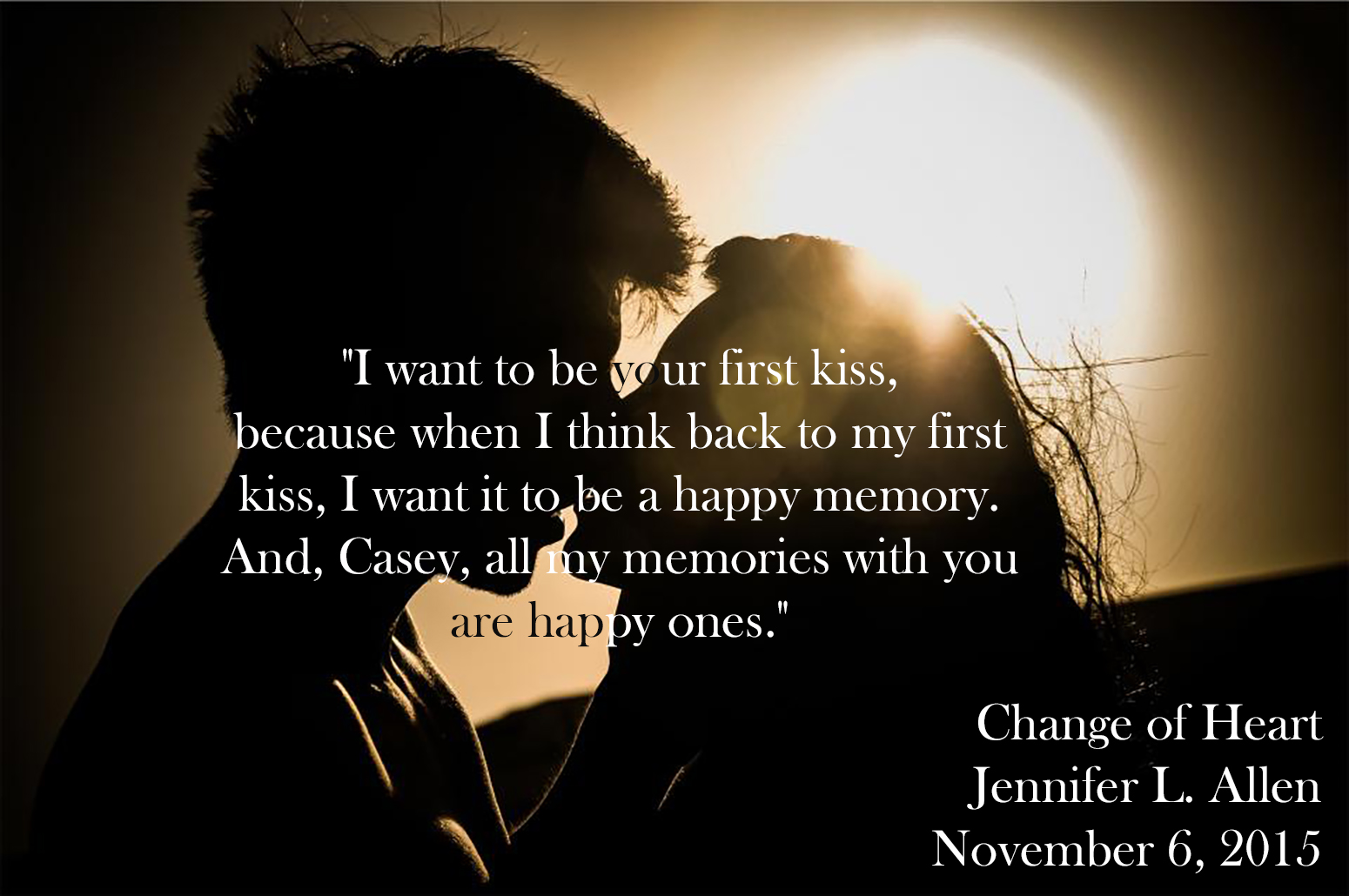 He shook his head. “No. I wanted it to be special, you know?”

“So can I?” he asked, scooting closer to me on the blanket.

“Can you what?” He moved even closer.

“Kiss you?” I could feel his breath on my face, he was so close.

“Please,” I whispered, closing my eyes.

His lips brushed mine and I felt tingles all over my body. His lips were so soft, yet so firm. Suddenly his tongue was pressed against the seam of my lips. It was such a strange sensation. I wasn’t sure what I was supposed to do, but I wanted to taste him, too.

I opened my mouth and our tongues danced against one another. Touching and twisting, each sampling what the other had to offer. He finally put his arms around me and pulled me close to him. The kiss was amazing and seemingly never-ending, despite the awkward position we were twisted into. He eventually ended it with three short pecks on my lips.

As he pulled away we both opened our eyes. He smiled, so did I.

“Definitely,” he wasted no time, leaning in again.

Decker and I made out under the stars for hours that night. Never letting the other get too far away.

It was the start of something beautiful.

But it was also the beginning of the end. 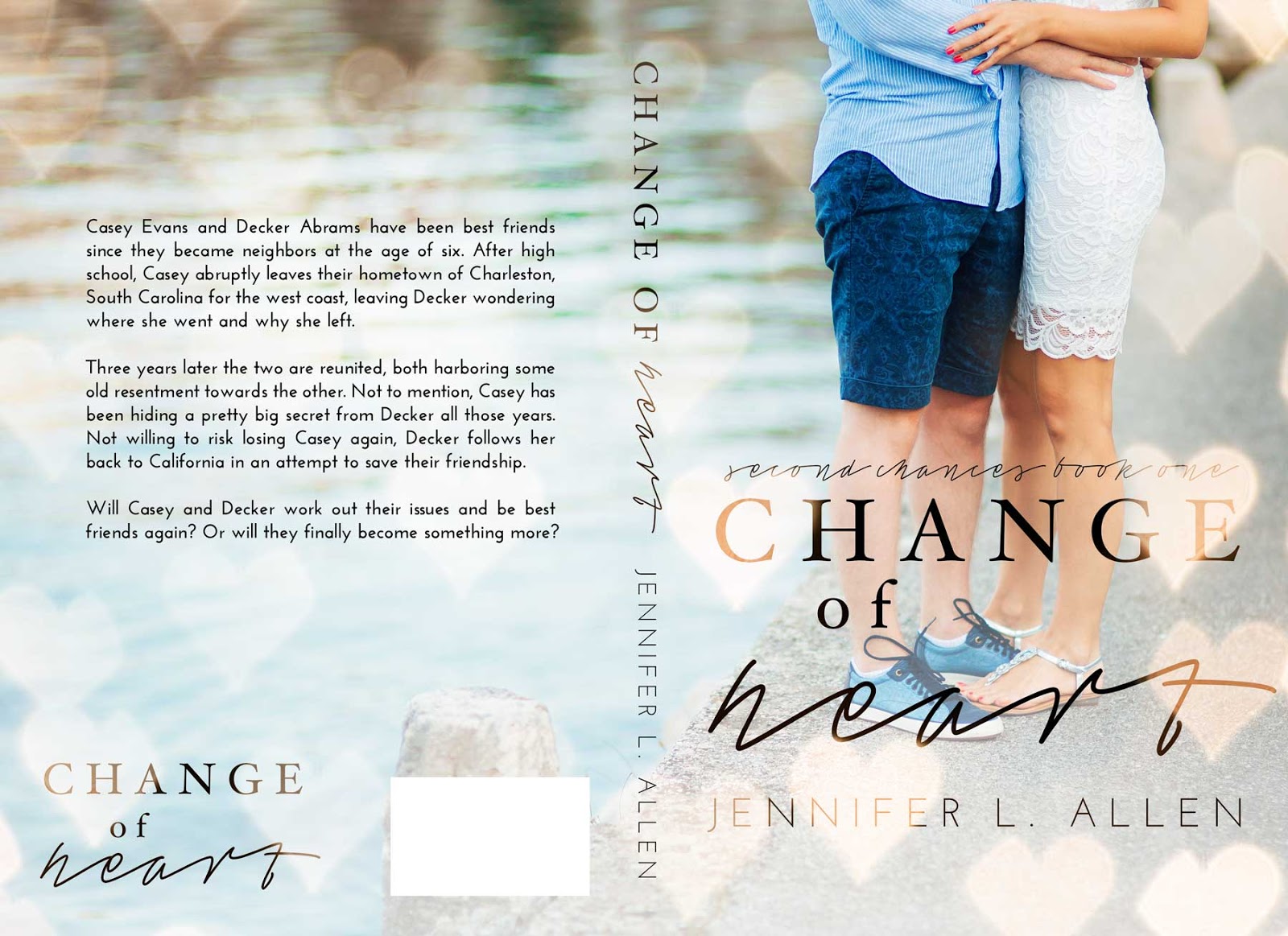 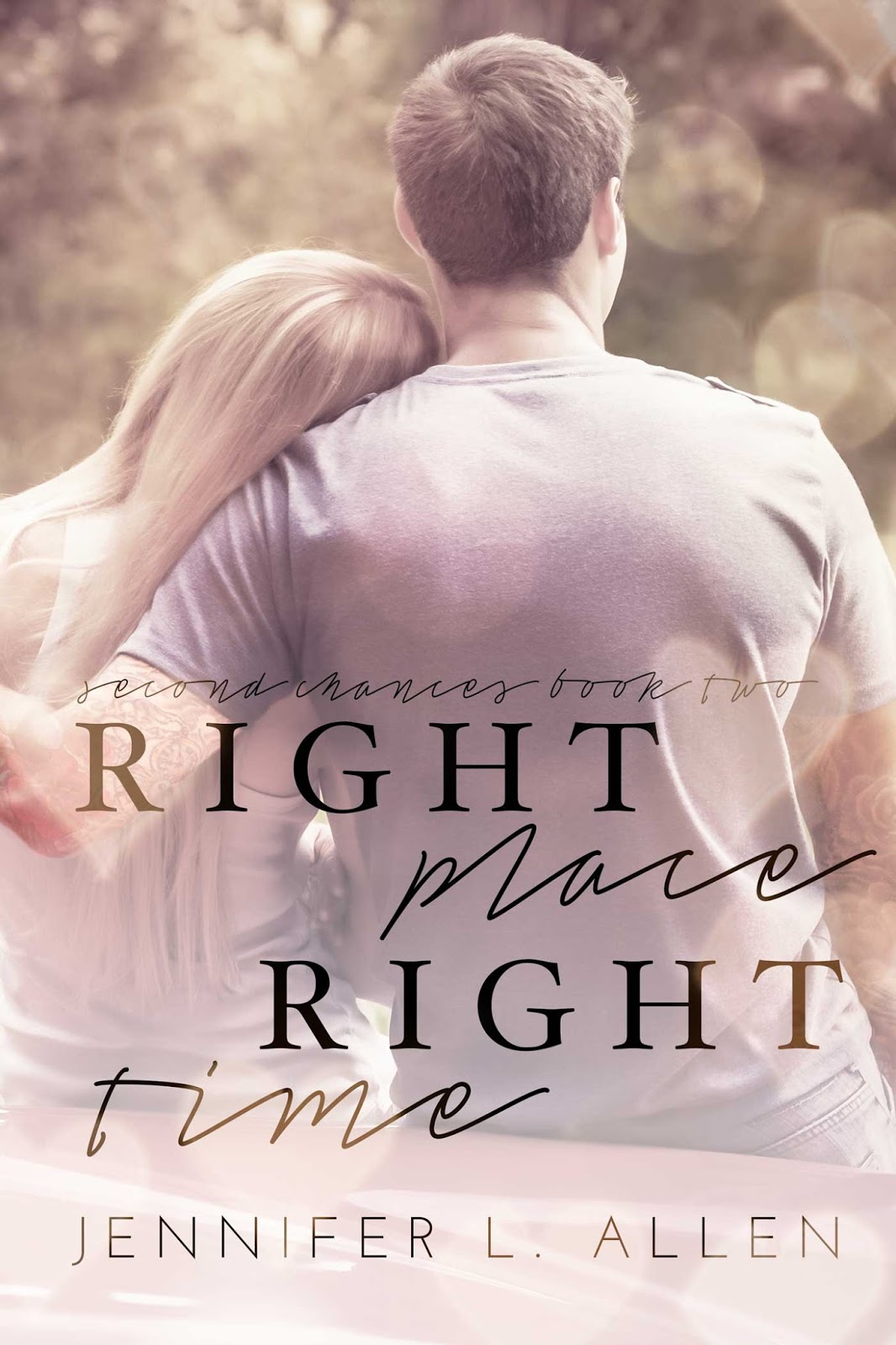 Kate Dumont is an achiever, completely focused on her future. Playing the role of brilliant pre-med student doesn’t leave her much time for anything else. But is she working towards the future she wants, or the future her elitist parents have planned out for her?

Jay Spencer grew up on the wrong side of the tracks. He’s made some mistakes, and one in particular will follow him around for the rest of his life. He spends most of his days keeping himself out of trouble by following his passion, riding and repairing motorcycles.

Two lost souls met on the side of a South Carolina highway three years ago, neither one knowing what the other would eventually mean to them. Reunited in California, Kate and Jay feel a pull towards one another they cannot explain.

Will they help each other bring out the best in themselves? Or are their lives too different to even have a chance?

“Stupid, no good, piece of crap!” I wince as my sandaled foot comes into contact with the unforgiving tire of my hand-me-down Mercedes convertible. My scowl turns into a frown when I pull my foot back and see the black smudge across the white straps. This day just keeps getting worse!

I tip my head back, look up to the clouds, and pray for cell signal. When that doesn’t work, I bargain. My first born … my soul … good behavior … even better grades …

I’m on a quiet stretch of the interstate, between Columbia and Greenville, where there have been too few passerby, not one of them kind enough to pull over and help the damsel in distress. And boy do I look the part of a damsel in distress in a white sundress and sandals with long, dark blonde hair and big, doe-like brown eyes – the picture of innocence.

If it weren’t for the hot midday sun beating down on my shoulders, I’d probably be terrified. This whole situation has a classic serial killer vibe to it, add in darkness and I would not be standing outside my vehicle right now.

I lean back against the hot car and sigh. What a day. I drove all the way to Greenville to volunteer at a community clinic’s event, just to be informed upon arrival that the event had been rescheduled. They’d posted a notice at the site, which is really helpful when you’re one hundred miles away. I frown at my dirty sandal. 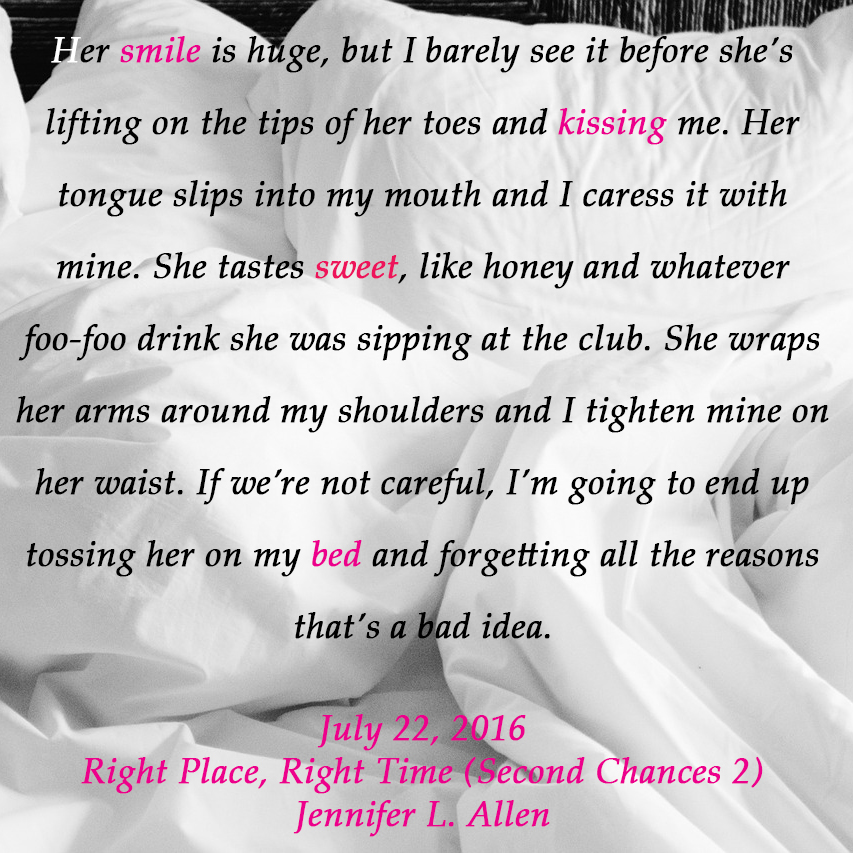 Stupid car. Yes, it’s a Mercedes, but no, it’s not brand new. It’s a 1995 model passed down from my father. It has seen many, many better days in its lifetime. My dad has always taken very good care of his cars, hence the reason this fifteen-plus-year-old car is now mine. My parents may be mostly absent from my life, but my dad wouldn’t have given me a beater for a car.

Truth is, I probably missed an oil change or something. Whatever. I don’t know anything about cars. Ask me to recite all the bones in the human body and I’ll do it. Ask me to name one part of a car and you’ll get crickets. I’m practically a genius, according to my latest IQ score administered by the director of the “gifted program” at my high school, so I’m sure the mechanics of a car wouldn’t be too difficult for me to figure out and understand, but this is one of those instances where I’d rather succumb to the gender stereotypes and just play the clueless female role. There’s enough information floating around in my brain without my choosing to add more, though part of me kind of wishes I at least knew how to pop my hood right about now.

Hearing the sound of a vehicle approaching behind me, I spin around to look. Smiling widely, I’m suddenly grateful for my vehicular ignorance and damsel in distress appearance. It’s an older sedan, maybe not as old as my hand-me-down, but it doesn’t appear to be well kept. I can just make out that the driver is male through the dirty windshield.

Jeez. I hope he’s not a serial killer or something? Seriously, Kate? You did not think this through at all.

I open my car door and busy myself looking for something that could be a potential weapon should this turn into Wrong Turn. Empty water bottle, a stack of flyers for another volunteer project I’m working on, a weathered copy of Gone with the Wind … I eye the book. It’s a hardback, it might be my best bet. 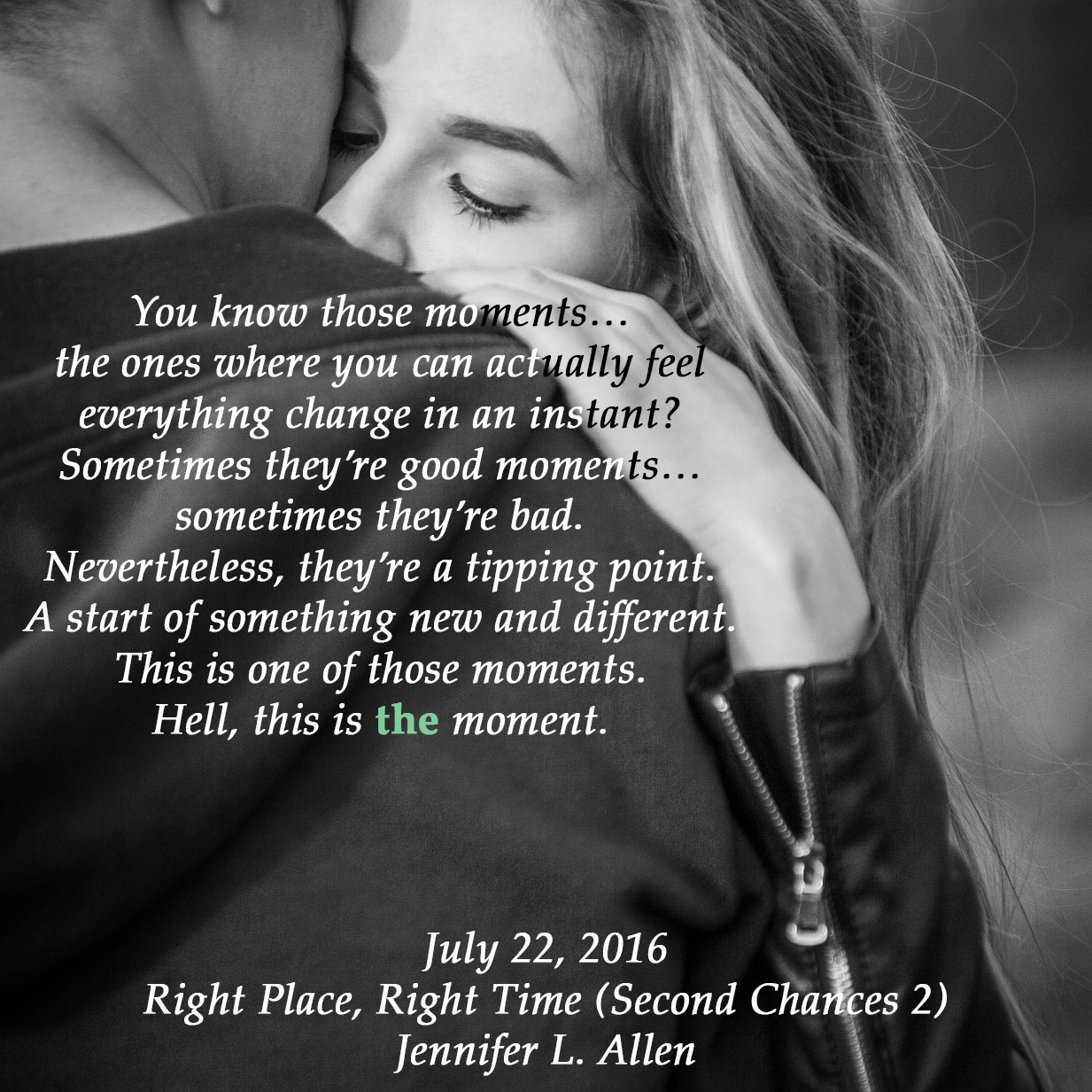 I hear a throat clear and pop my head up, narrowly missing bumping it on the roof of my car. I can only see his face over the roof of the car as he’s standing on the passenger side, lower in the soft shoulder of the highway. My five foot two inch height doesn’t help matters either. But wow, if his face is anything to go by, his body must be amazing. He has the most intense gray eyes, almost silver. His nose looks slightly crooked, like it’s been broken once or twice, and he has a strong, squared jaw with subtle stubble. His hair is buzzed very short so I can’t quite tell the color but it looks dirty blond, and he’s hot – er – sweaty. Yeah, sweaty. His brow is glistening with it.

He’s all man and seventeen year old self doesn’t quite know what to do with the attraction I feel. I have never felt so nervous around a guy before. Ever. I simply don’t have time for this sort of thing. Not with my AP classes, studying, extracurricular activities, volunteer work, and college applications.

“Hey,” I smoothly call out to him, if I do say so myself.

The corner of his mouth lifts in a slight smirk and butterflies take flight in my tummy. He doesn’t move to come around to my side of the car, which is just find by me. If he were closer, he’d see the slight trembling of my hands and he might actually hear the swarm of butterflies.

“Know anything about cars?” 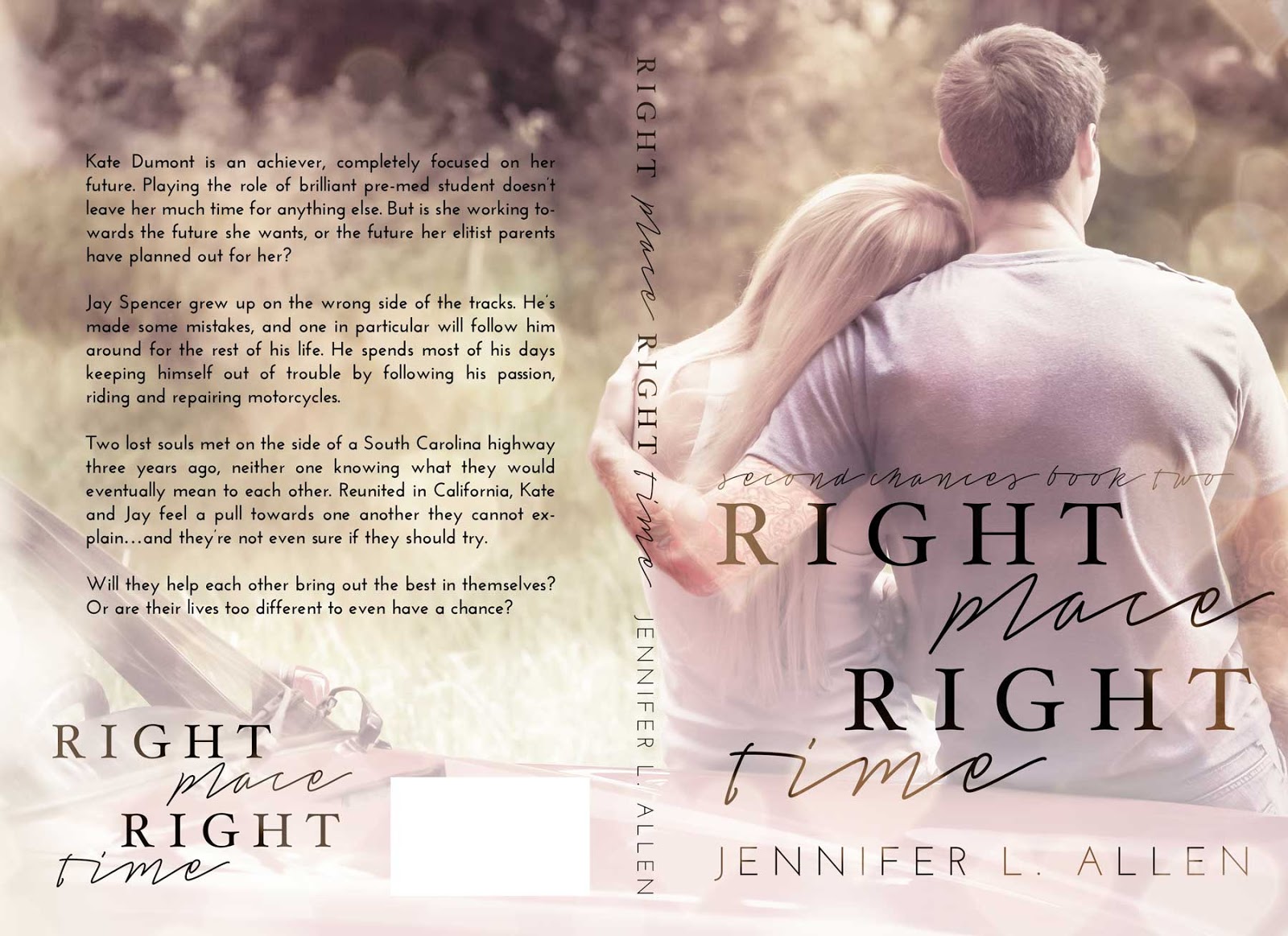 Jennifer lives in South Carolina with her husband and their four fur-kids. She is in grad school, pursuing a Masters in Psychology for Clinical Counseling. When she is not at work or taking classes, she is either reading or writing. Books have always been a passion. She also enjoys spending time with her family, traveling to new places, and music. She released her debut novel, Our Moon, in June 2015.