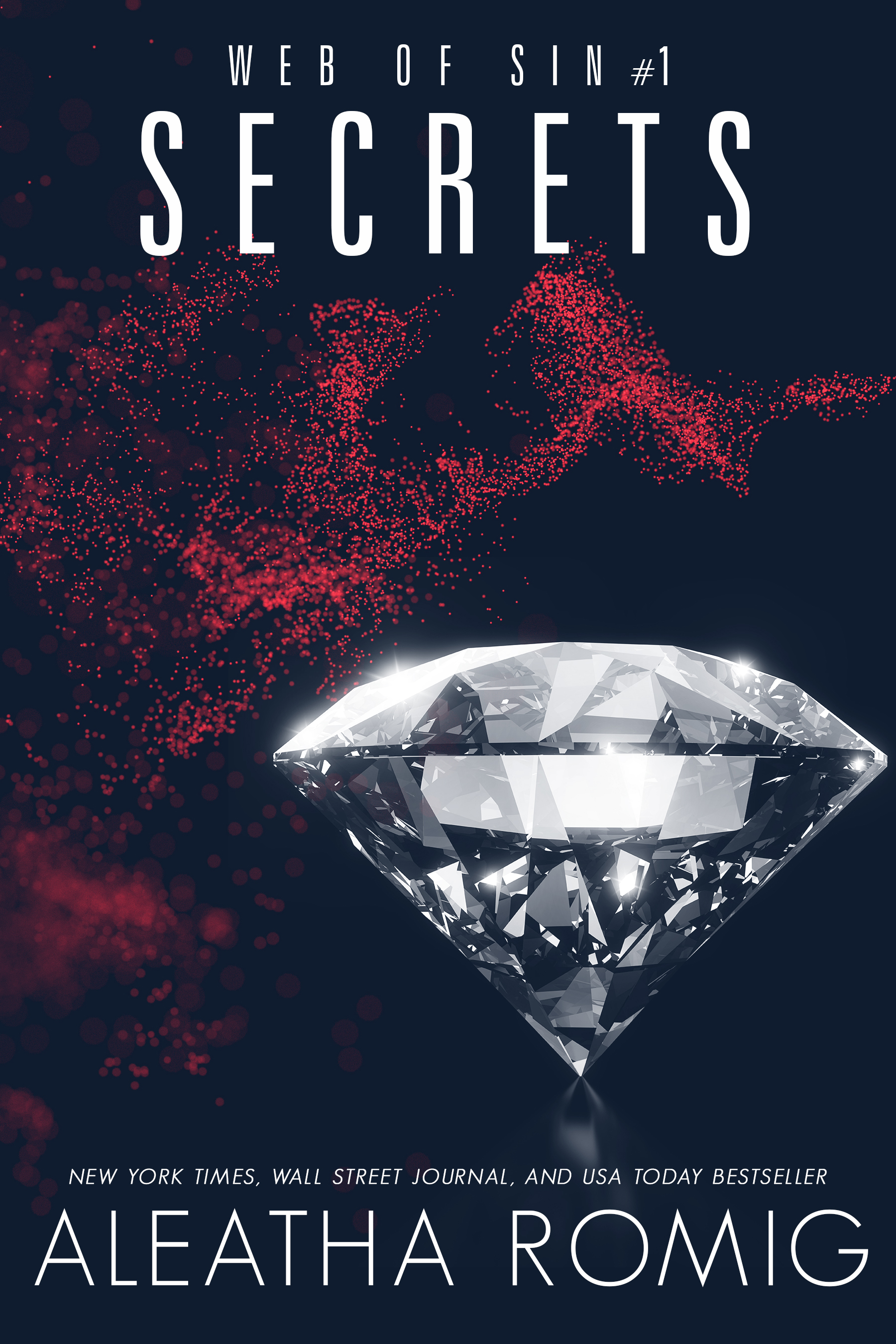 The twisted and intriguing storytelling that you loved in Consequences and Infidelity is comingÂ back at you with an all-new alpha anti-hero in the dark romance series Web of Sin, by New YorkÂ Times bestselling author Aleatha Romig.

Iâ€™m Sterling Sparrow. Youâ€™ve no doubt heard my name or read it on the top of tall buildings. Thereâ€™sÂ more to my businessâ€”my realmâ€”than what is seen above ground. 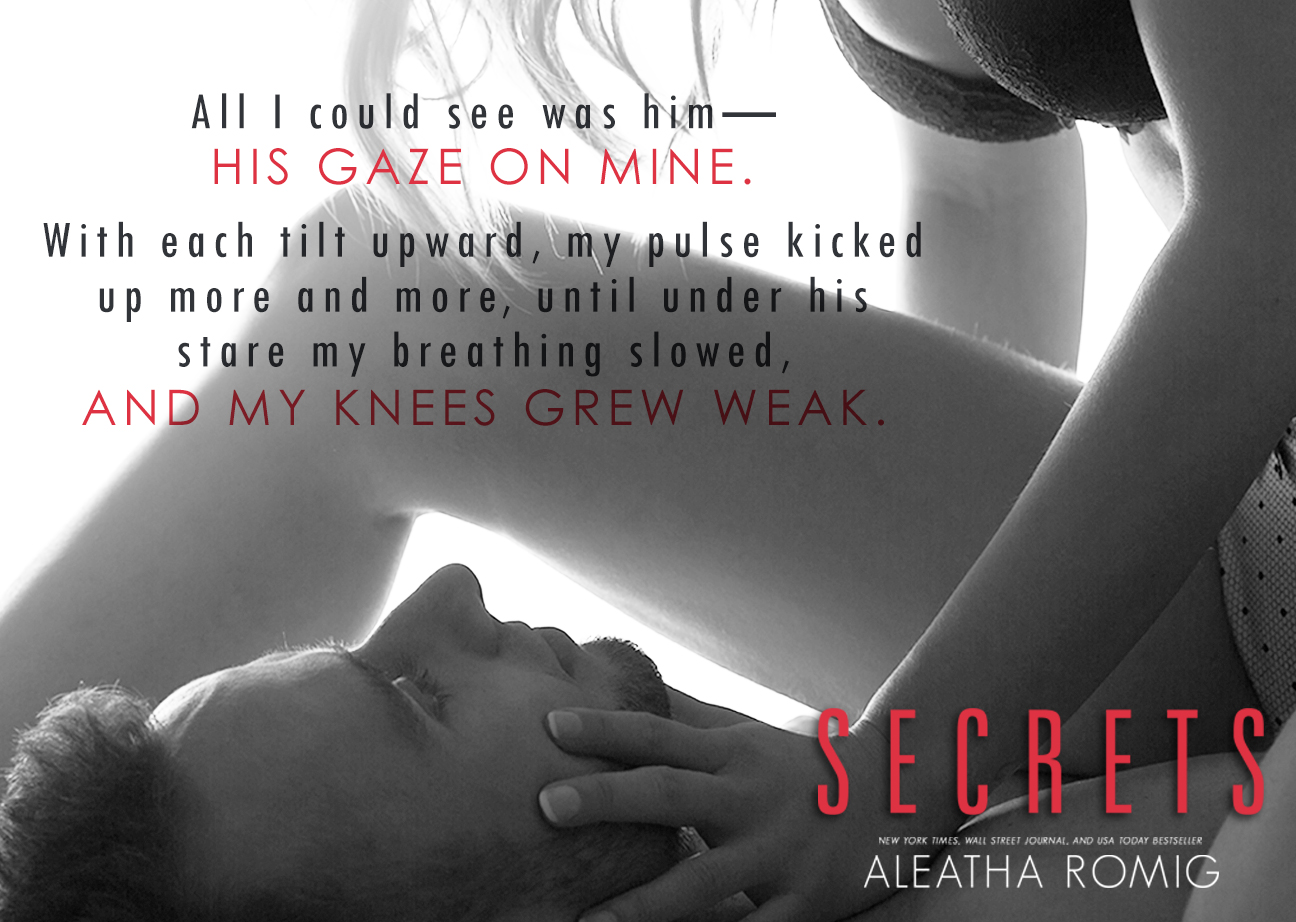 Within the underbelly of one of Americaâ€™s largest cities lives a world where a manâ€™s word is eitherÂ his most valuable tool or his most respected weapon. When my father ruled that world and thatÂ city, he promised me someone who would one day make my reign complete.

Since that day, long ago, Araneae McCrie has been mine. 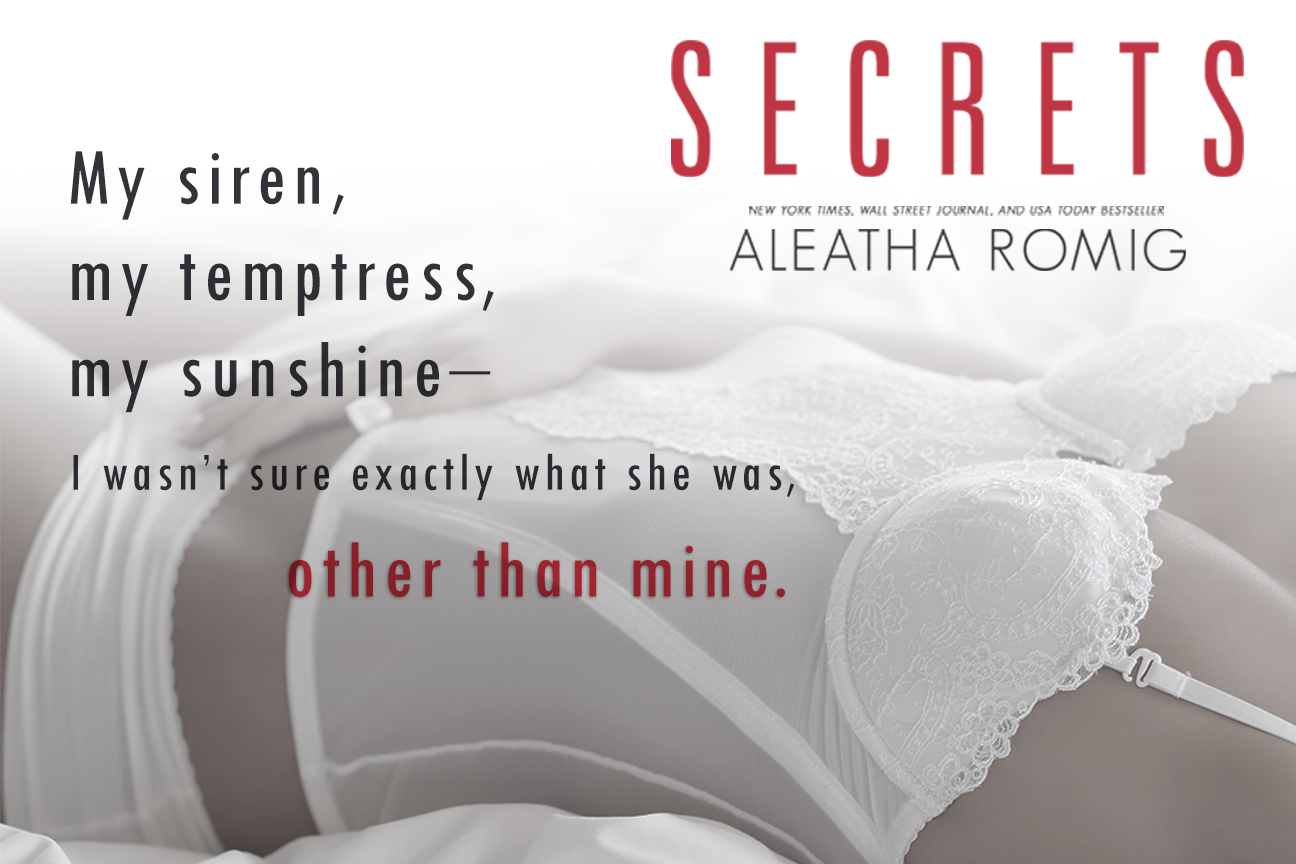 My father is now gone.

The city and the underbelly are now mine.

The time has come for me to collect who was promised to me, to shred her life of secrets, andÂ make her who sheâ€™s always beenâ€”mine.

Secrets is book one of the Web of Sin trilogy 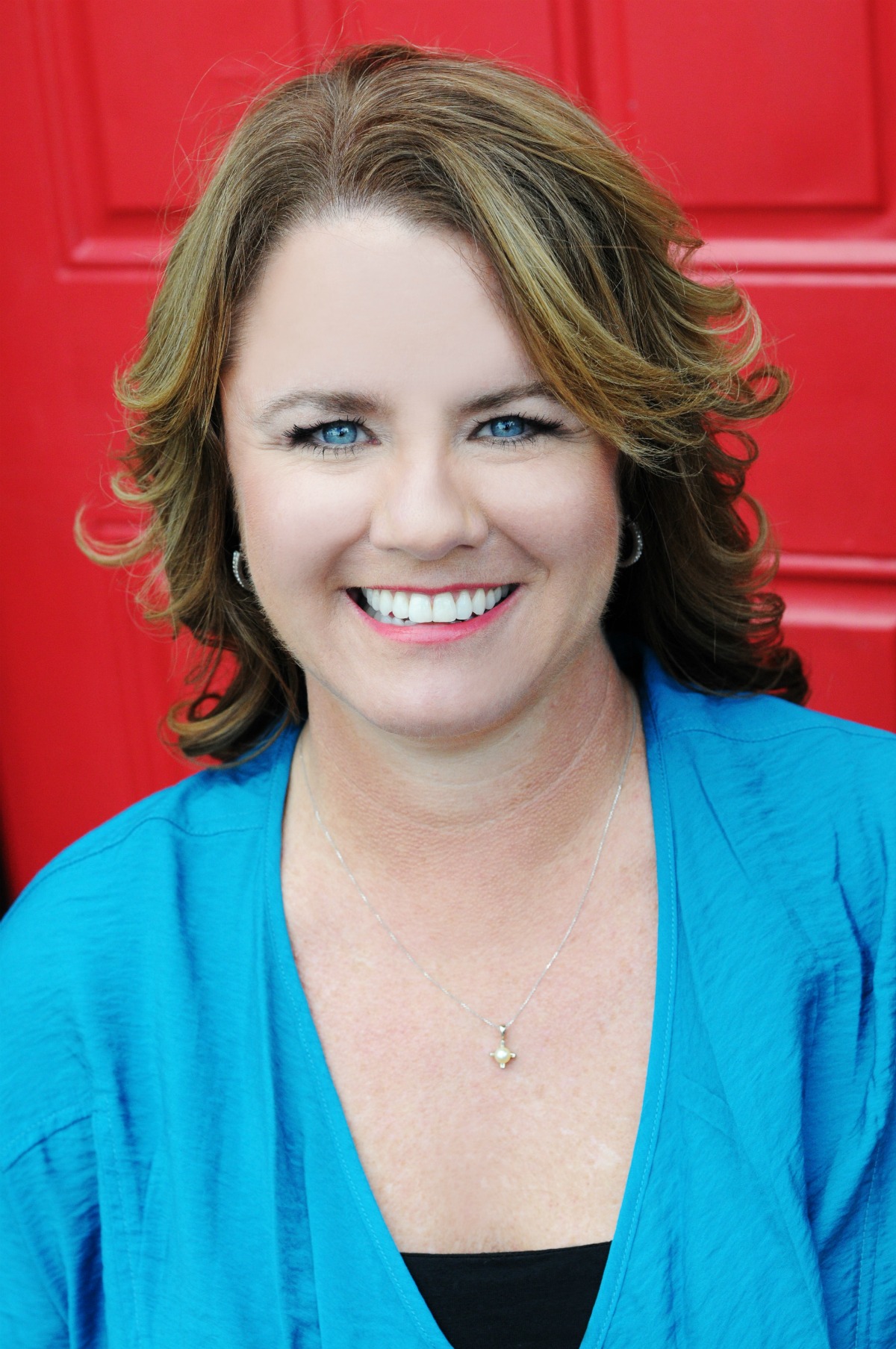 Aleatha Romig is a New York Times, Wall Street Journal, and USA Today bestselling author who lives inÂ Indiana, USA. She grew up in Mishawaka, graduated from Indiana University, and is currently livingÂ south of Indianapolis. Aleatha has raised three children with her high school sweetheart and husband ofÂ over thirty years. Before she became a full-time author, she worked days as a dental hygienist and spentÂ her nights’ writing. Now, when she’s not imagining mind-blowing twists and turns, she likes to spend herÂ time with her family and friends. Her other pastimes include reading and creating heroes/anti-heroesÂ who haunt your dreams and bring your imagination to life!

Aleatha released her first novel, CONSEQUENCES, in August of 2011. CONSEQUENCES became aÂ bestselling series with five novels and two companions released from 2011 through 2015. TheÂ compelling and epic story of Anthony and Claire Rawlings has graced more than half a million e-readers.
Aleatha released the first of her series TALES FROM THE DARK SIDE, INSIDIOUS, in the fall of 2014. TheseÂ stand-alone thrillers continue Aleatha’s twisted style with an increase in heat.

In the fall of 2015, Aleatha moved head first into the world of dark romantic suspense with the releaseÂ of BETRAYAL, the first of her five novel INFIDELITY series that has taken the reading world by storm. SheÂ also began her traditional publishing career with Thomas and Mercer. Her books INTO THE LIGHT and AWAY FROM THE DARK were published through this mystery/thriller publisher in 2016.