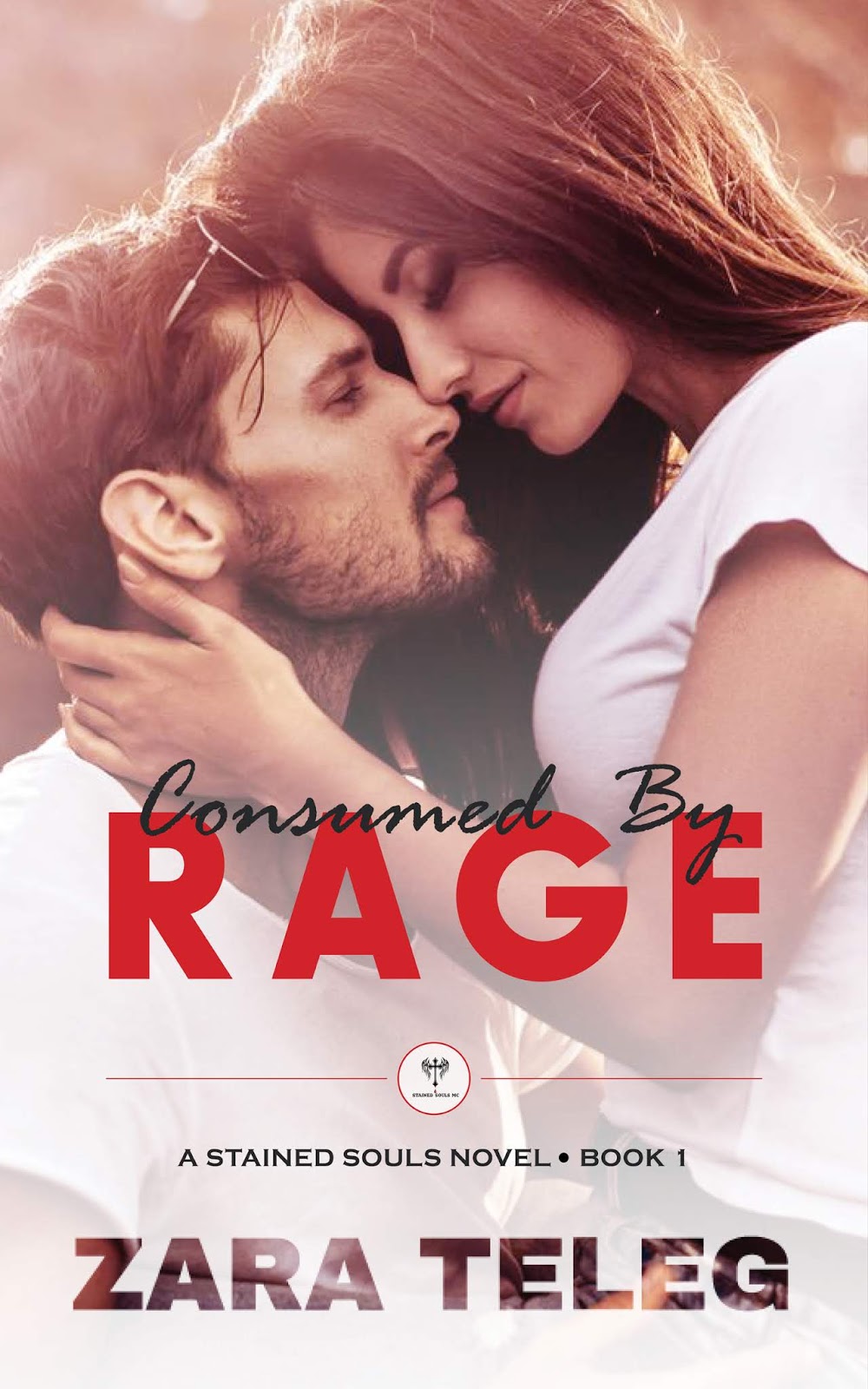 As a member of the Stained Souls Motorcycle Club and MMA fighter, I was once a well-known and feared man in this town; now I am returning a stranger. Being home reminds me of the losses that have turned my soul dark and built my walls high. Until I met Juliet, the sexy yoga instructor who has invaded my every thought. Her light shines so brightly, it is like a beacon calling to me, cutting through my darkness. But there is something hidden behind her eyes, and sheâ€™s got walls as tall and thick as mine.

Four years ago, I had it allâ€¦ until one night changed everything. Now I am trapped in a prison of lies where my heart is locked away with my secrets. Rage has stirred things in me I thought I could never feel again. He thinks he can get through. But I canâ€™t give inâ€¦ I mustn’tâ€¦ for his sake and mine. I wonâ€™t let the ghosts of my past hurt anyone else.

Can these two damaged souls resist the urge to be together?

Or will secrets and lies destroy them both? 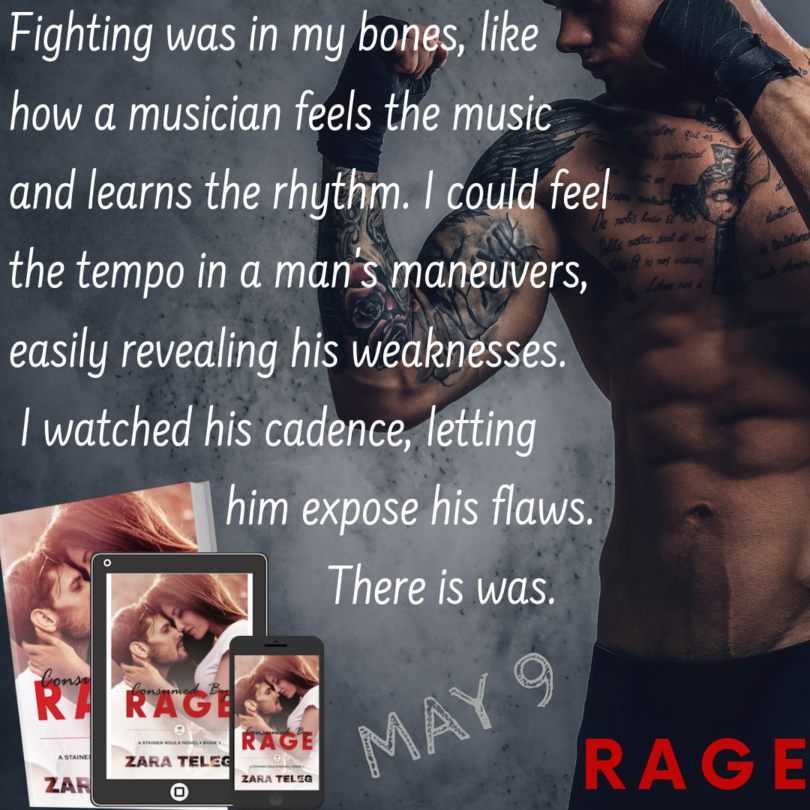 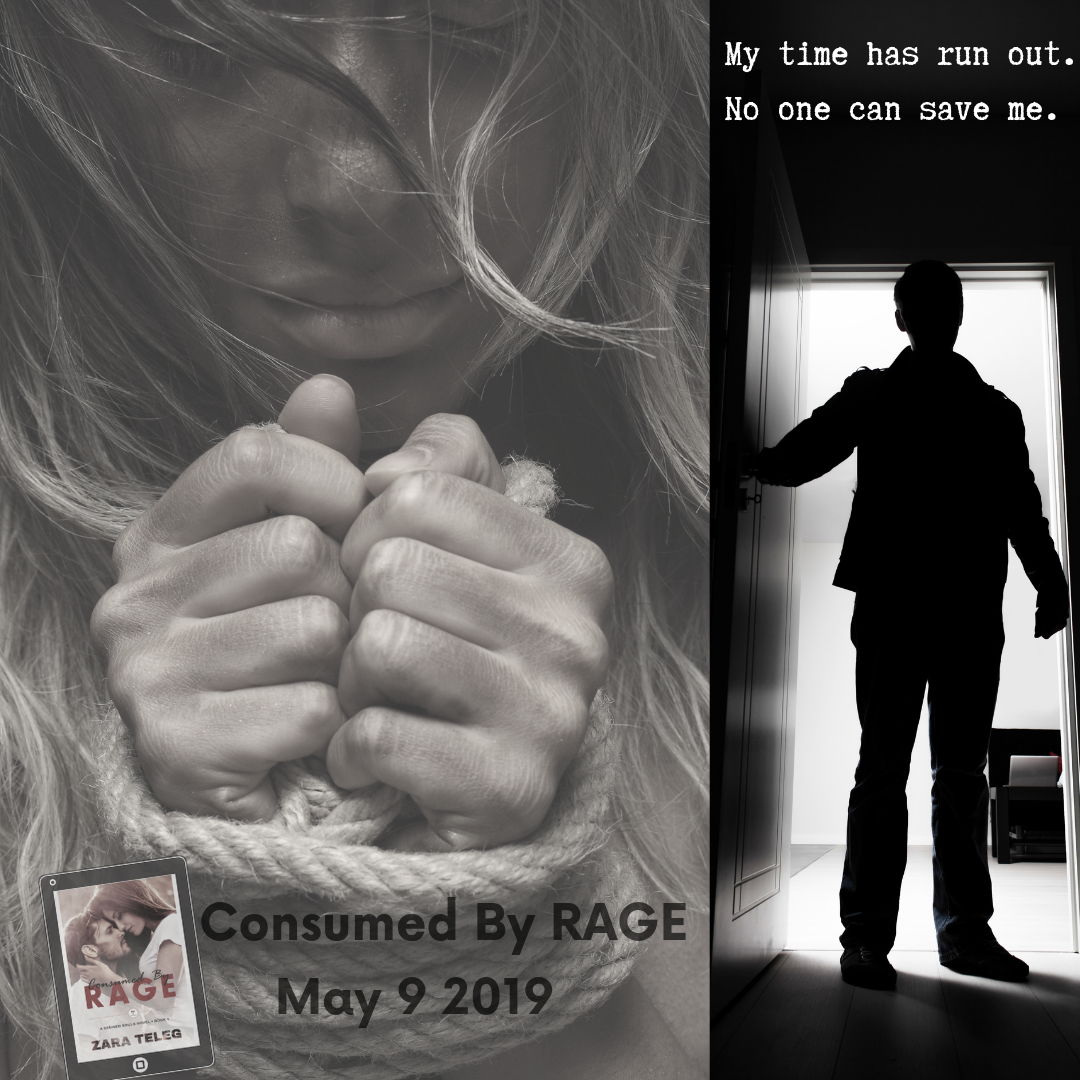 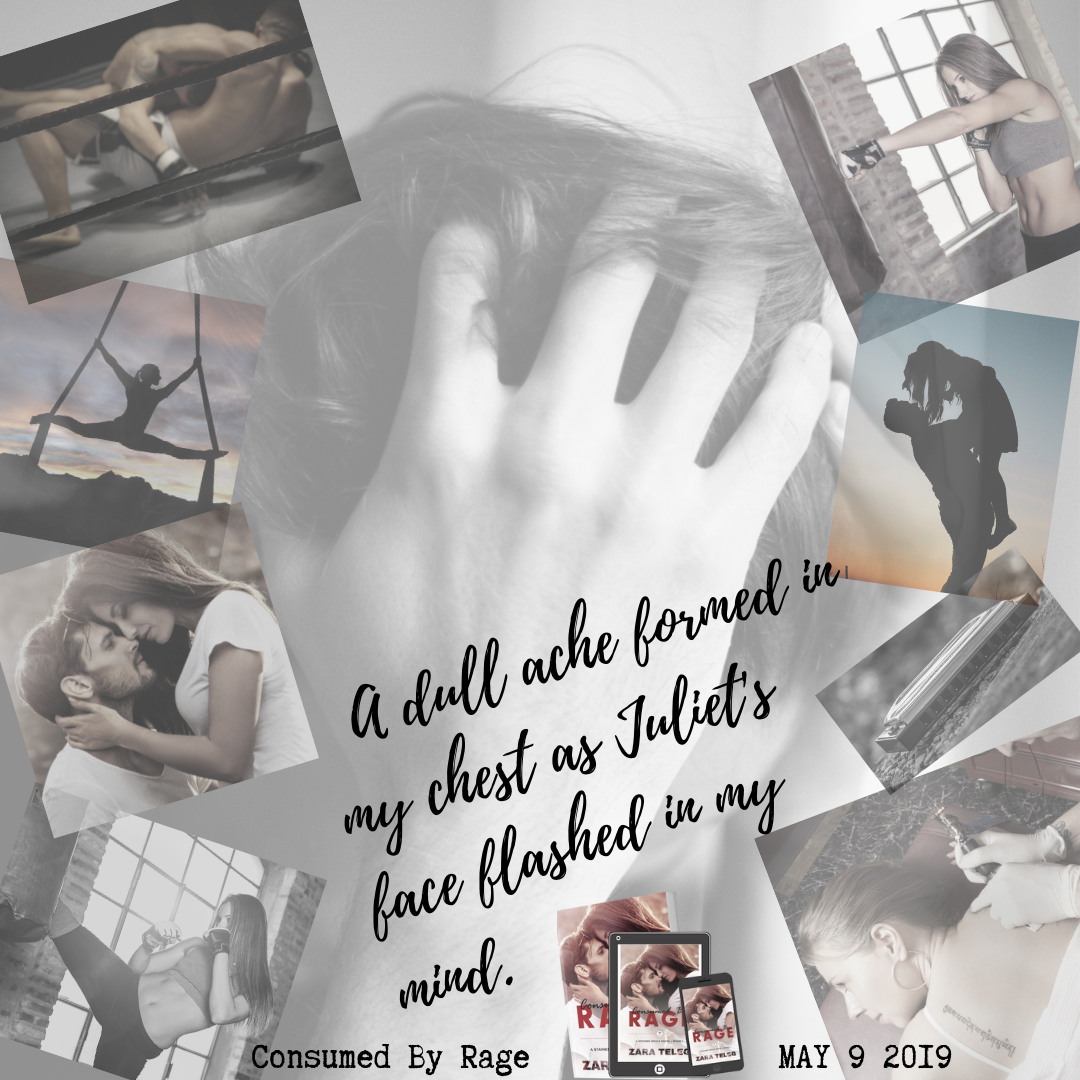 Freedom. It was something I had seldom thought aboutâ€¦until four years ago. I had taken for granted living life every day without looking over my shoulder. Never feeling any real peace, a tiny part of me was always on high alert. I feared that at any moment, I would be discovered. I had spent the past four years trying to cope with intense, crippling anxiety, and everything I had done was still no match against the nightmares that visited me often.

I thought fate would deal me a better hand. I believed I could escape him. Now the effects of my mistakes had spread. I feared not only for my life but also those of people I love who were put in danger because of me. I was no longer free. Now, at twenty-seven years old, my time had run out.

My eyes began to open. I blinked slowly, trying to get them to adjust to the darkness. I used my shoulder to wipe the dampness from my face. Blackness cloaked the room, making it impossible to see anything around me. The musty air blasting through the vent was frigid. My fingers and toes were numb, making them hard to move. An intense headache competed with the throbbing pain in my face. The tiniest bit of warmth against my back made me aware of the body next to mine. I tried opening my mouth; the tape that had sealed it shut had been removed. My lips felt swollen, and I tasted dried blood on them. I nudged the body next to mine. I hoped that it was Paige, that they hadnâ€™t separated us.

A soft whisper came from my cracked lips. â€œPaigeyâ€¦â€ I croaked her childhood nickname.

A small groan escaped her as she moved just centimeters. â€œAnaâ€¦â€ a low voice struggled to whisper back.

I let out the breath I was holding, relieved that hers was the body next to mine. â€œOh, Paigeâ€¦â€ I leaned into her as close as I could, â€œIâ€™m so sorry you got dragged into this.â€ My voice hitched and my eyes welled, but no tears came. Dehydration left nothing for my body to spare. We leaned into each other. The friction caused my broken body to ache. â€œI will find a way to get us out of here,â€ I promised her.

A door opened. It creaked loudly, breaking the silence. Light streamed down the staircase. It was dim yet blinding in the blackness of the basement. We both jumped and huddled our bodies even closer with our hands tied behind our backs.

We stayed silent. The only sound came from the shoes that clanked heavily down each step. The stairs moaned under the weight of the man. A large shadow appeared, then the massive body that belonged to it. It was himâ€”the monster. The man with all the scars. The slight limp in his step gave him away.

He turned on a small flashlight and aimed it around, highlighting areas of the basement before finding us. The light so shocking when it hit me, I squeezed my eyes shut. I could feel the tremors rolling off Paigeâ€™s small body. God, please. Please send someone to rescue us before itâ€™s too late. I had pushed away everyone who cared; now there might be no one left who could save us.

With my eyes still closed I listened to the clicking of his fancy shoes on the damp concrete as they got closer and closer. I braced myself as the large body loomed over us.

I tucked my head down further behind the shield as I picked up the pace. My bike pushed forward faster, anxiety building in my chest as I passed the small road sign with the arrow: Sugar Maple 15 miles.

That little sign surged adrenaline through every part of my body as I got closer to home. My bike sped through the warm night, covering the distance as fast as possible. Miles of trees, bushes, and mountains were blurred in my peripheral vision over the last five and a half hours until I finally crossed Georgia from Tennessee.

The sound of my pipes cutting through the night was all that filled my ears, the mountain air leaving a light mist on my partially exposed face. I tried to stretch my back. I felt tight everywhere from not stopping. When I was a kid, I couldnâ€™t wait to grow up so I could leave this place. After four long years of exile, I couldnâ€™t get back fast enough.

It was Monday nightâ€”I was five days early. The idea of surprising my brothers in the Stained Souls MC came to me last night when I tossed and turned trying to sleep. Friday seemed too far away. At first light, I packed my shit and left behind everything that couldnâ€™t fit on my bike. I knew my club brothers werenâ€™t expecting me until the weekend so they could throw me a huge homecoming bash. As much as that sounded great, I wanted some time to reacquaint myself with my newly renovated hometown. Besides, I knew that the party would leave me hungover for days, and that wasnâ€™t how I wanted to start my homecoming.

Last time I talked to Hawk, he said that the Stained Souls were raking in cash with all the new people in town. The club owned several buildings on the main strip, so naturally, they had done pretty well with the renovations. I hadnâ€™t decided, even with the influx of income, how I felt about returning to a town full of strangers. I was once a well-known and feared man in this town. Now I would be the stranger. The thought had my stomach turning.

My forearms tightened as the needle pushed further toward one hundred on the desolate road. The blackness of night was the perfect backdrop for the slideshow that was running in my head. All the people, places, and friends I left behindâ€¦the good times with my brothers and the bad times that destroyed my soul. I shouldnâ€™t have wanted to go back. I should have embraced my new life. But no matter how much darkness and anger Sugar Maple triggered, it was still home.

I shook my head, clearing the thoughts. I focused on the approaching glow of city lights that made the horizon over the mountain appear bright compared to the inky sky that surrounded it. The May heat and humidity created a haze blanketing the area.

I slowed my pace to almost a crawl just outside town. On the hillside, the moon illuminated the bright white chapel and gave it an eerie glow. It stood tall and menacing, overlooking the bridge into Sugar Maple. Its angular windows, the way they looked down the hill to the town below, reminded me of angry, judging eyes.

I tried to keep my eyes forward, but the small graveyard pulled me to it. The decaying stones of the cemetery were almost as white as the church. My eyes locked on a single headstone. I swallowed back the lump that formed in my throat. Every fucking time I entered or left town, I was forced to pass the painful reminder of what life took from me. I had said goodbye to three people I loved standing under those tall maple trees, which always seemed to mock me. 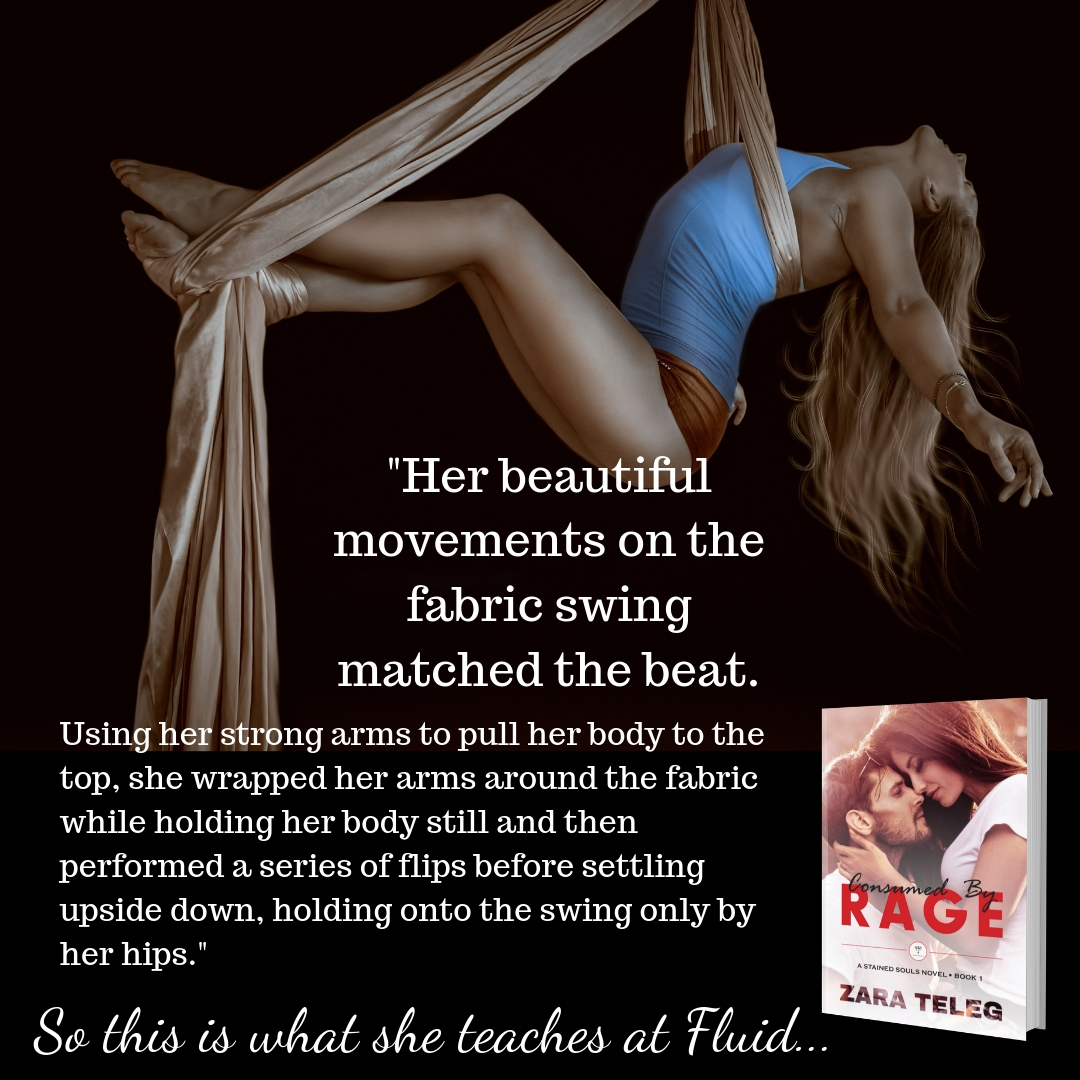 Zara has a wide variety of interests, which has led to many creative ventures over the years, but none has fulfilled her true passion for reading and writing. In her debut novel, Consumed by Rage, Zara has finally made into reality her dream of becoming a novelist, which has been thirty years in the making.

She fell in love with books when she received her first Sweet Valley High at age ten, and she has been a book addict ever since. She started writing her first YA bad boy romance at age thirteen and has since moved on to alpha males, hot bikers, and sexy vampires.

Zara is a free spirit, who spends her days alternating between writing and cooking. No one makes a better veggie burger! Her love of animals has influenced her plant-based lifestyle. From the time she could walk she brought home every stray she came across, wanting to keep them all. Her friends nicknamed her â€œSnow Whiteâ€ because she is slightly obsessed with feeding every hungry wild animal in her neighborhood.

She can often be found outside, reading or writing a juicy romance while listening to loud music under fairy lights, surrounded by plants, crystals, and wind chimes. Zara lives with her husband of 23 years, their teenage daughter, spoiled pit bull, and her very ornery cat. She spends weekends laughing on the Chesapeake Bay with her extremely loud Italian family! She dreams of moving to a place where she can walk barefoot and be on a paddleboard with her pit bull all year long. 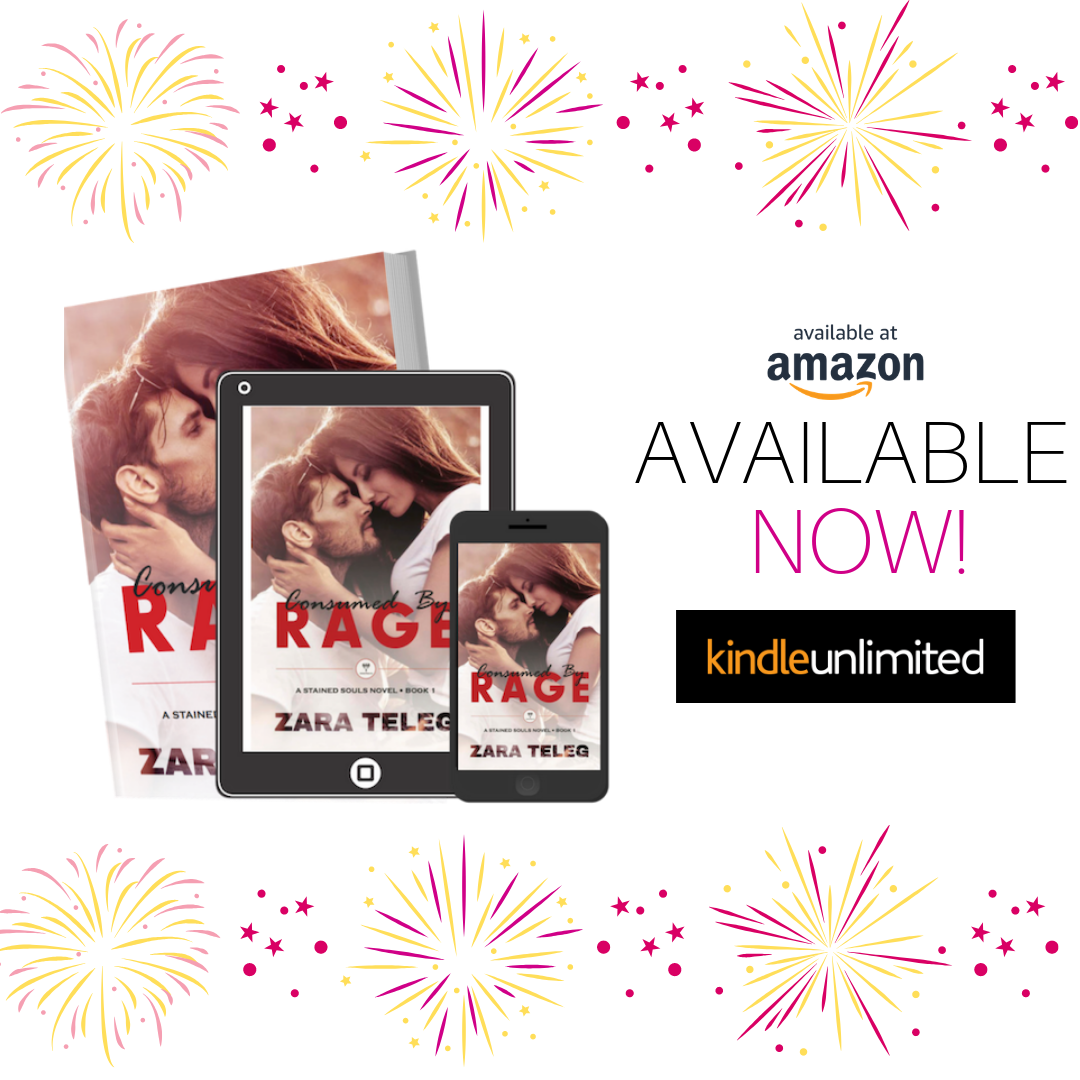