A chance meeting. An instant connection. Mitch and Mandy burn hot, but when the smoke clears, and things get real, can their feelings stay strong?
This story is a stand-alone with no cliffhanger.
**Book contains bonus material not in original audio format**
Listen for FREE the original story here on Read Me Romance:
iTunes – > http://geni.us/A888vRA
Google Play -> http://geni.us/7lB4UBK
Website – > https://bit.ly/2QWUtNd 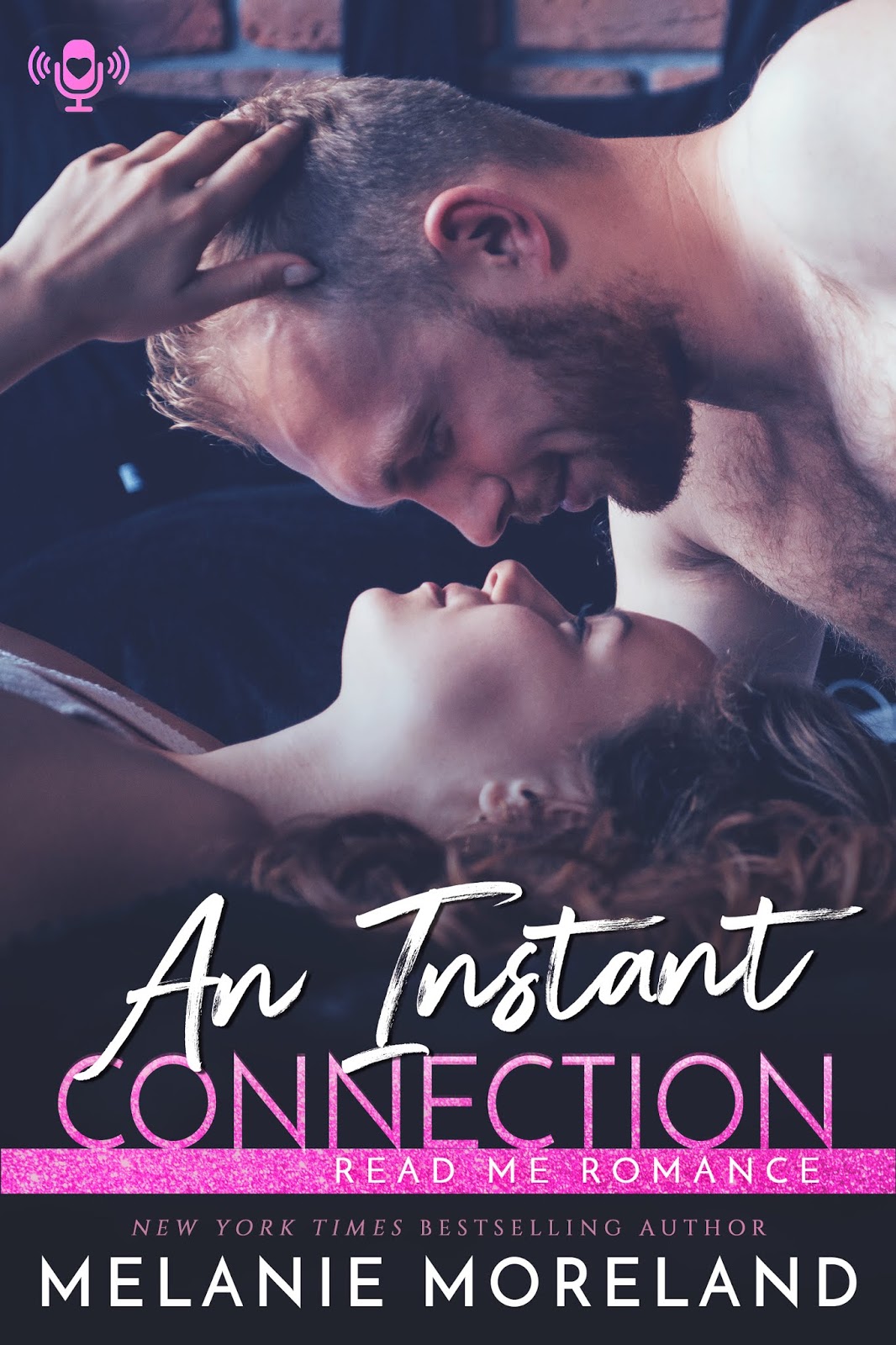 The cool, fall air hit me as I exited the tall Toronto skyscraper in the early evening. I breathed in deeply, ignoring the scent of exhaust fumes and the hundreds of people bustling past me, no doubt as anxious to be home as I was at the moment. I needed to get the smell of the stale, building air out of my lungs. At least I was out of the office and away from my tyrant of a boss. Plus, it was Friday, which meant I had the whole weekend ahead of me. With a heavy sigh, I turned and headed toward the bus station a few blocks away. Michelle had been on a tear today, worse than usual. HR had confirmed the hire of a new associate at the architectural company I worked for, and he was due to arrive on Monday. Michelle was the head administrative manager of the office, and she ran her department with an iron fist. When she found out a new person would be arriving and his office needed to be ready, she had snagged me and another woman from the temp pool and put us to work. Betty had â€œfallen illâ€ by noon, which left me on my own with Michelle, who simply could not be pleased today. It was rare she could be, and it seemed the new hire, Mr. Mackenzie, was particular and liked things a certain way. The pictures of his work I helped unpack showed his creative, edgy style. His initials on each piece were a bold MM slashed in the corner in thick black ink. There was a box I emptied, under her watchful eye, filled with unique items from around the world. I had set them carefully on the shelves that lined the wall, knowing Mr. Mackenzie would probably move them to a different spot, but thankfully, they were unpacked. Obviously, the man had traveled extensively throughout his career. The way Michelle kept nattering on about him and how lucky the company was to have hired him, I assumed he was well known and admired. He had to be for her to pay that much attention to his office. I was sure the two of them would get along famously the way she was fussing. When I first started at the company, I had looked forward to learning from Michelle, but once I began to work under her, I changed my mind. She was catty and unpleasant, only polite to her bosses and the managers she catered to daily. To her underlings, she was dismissive, curt, and at times, cutting. I kept my head down, did my work, and unobtrusively sent out as many resumes as I could. I reached the bus stop, knowing I had already missed the seven oâ€™clock bus, and would have to wait for the next one, which wasnâ€™t for forty-five minutes. It wasnâ€™t a bad place to waitâ€”lots of benches situated around the large area, and it was well lit. Since it was one of the main stops, and most of the city buses came through, it was usually bustling; although, being later on a Friday night, it was fairly quiet. A woman brushed past me, calling an apology over her shoulder as she rushed for a bus ahead of us that was beginning to close the doors. She waved frantically at the driver, her stuffed messenger bag bouncing off her back as she ran. I noticed how tired she looked as she met my gaze quickly, and without thinking, I lifted my hand to my mouth and whistled. I was a great whistler, and the sound cut through the night. The driver hesitated, saw the woman, and waited. With a wave, she climbed on the bus, and I fist bumped the air. â€œMy good deed for the day,â€ I muttered, made my way over to the bench, and sat down. I bent low, rubbing my calves. I hated high heels, but it was part of the â€œlookâ€ Michelle demanded of all the assistants in the office. I wore the lowest ones I could get away with, so I didnâ€™t face her wrath, but still, by the end of the day, my legs were always sore. All I wanted was to get home, kick off my heels, pour a large glass of wine, and have a soak in the tub. â€œThat is an impressive set of lips.â€Startled, I looked up, meeting the eyes of a man. He was leaning against the streetlamp, his arms crossed. A bright, coppery mass of curls gleamed under the light. He was tall, his shoulders wide and thick, his coat stretched tight across his torso. He was near enough I could see the color of his eyes. Piercing, brilliant blue irises were set into a face I could only describe as gorgeous. He had high cheekbones and a strong jaw covered with more copper. His smile was lazy, his lips drawn back, showing off straight, white teeth, one corner of his mouth lifted higher than the other one, giving him a rakish air. â€œI beg your pardon?â€â€œGreat whistle.â€â€œI was trying to get the attention of the bus driver.â€â€œYou got more than that. You got my attention.â€ 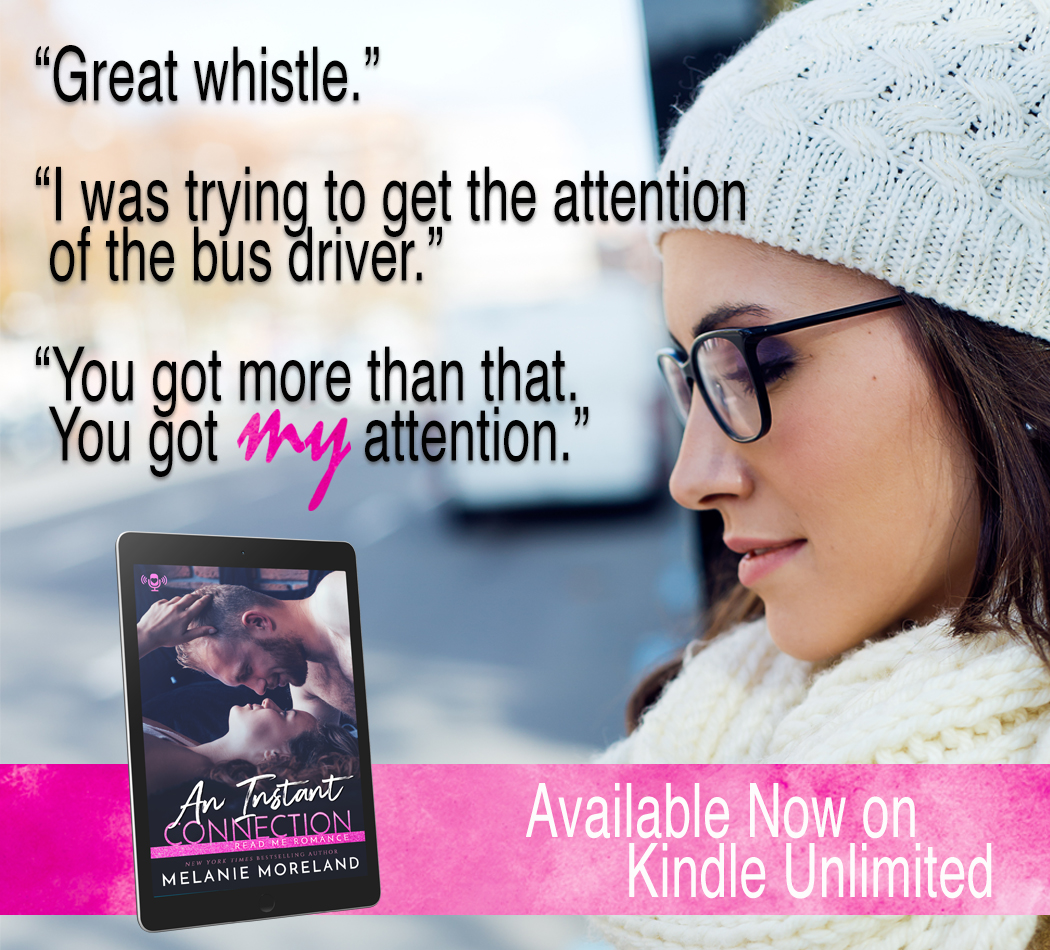 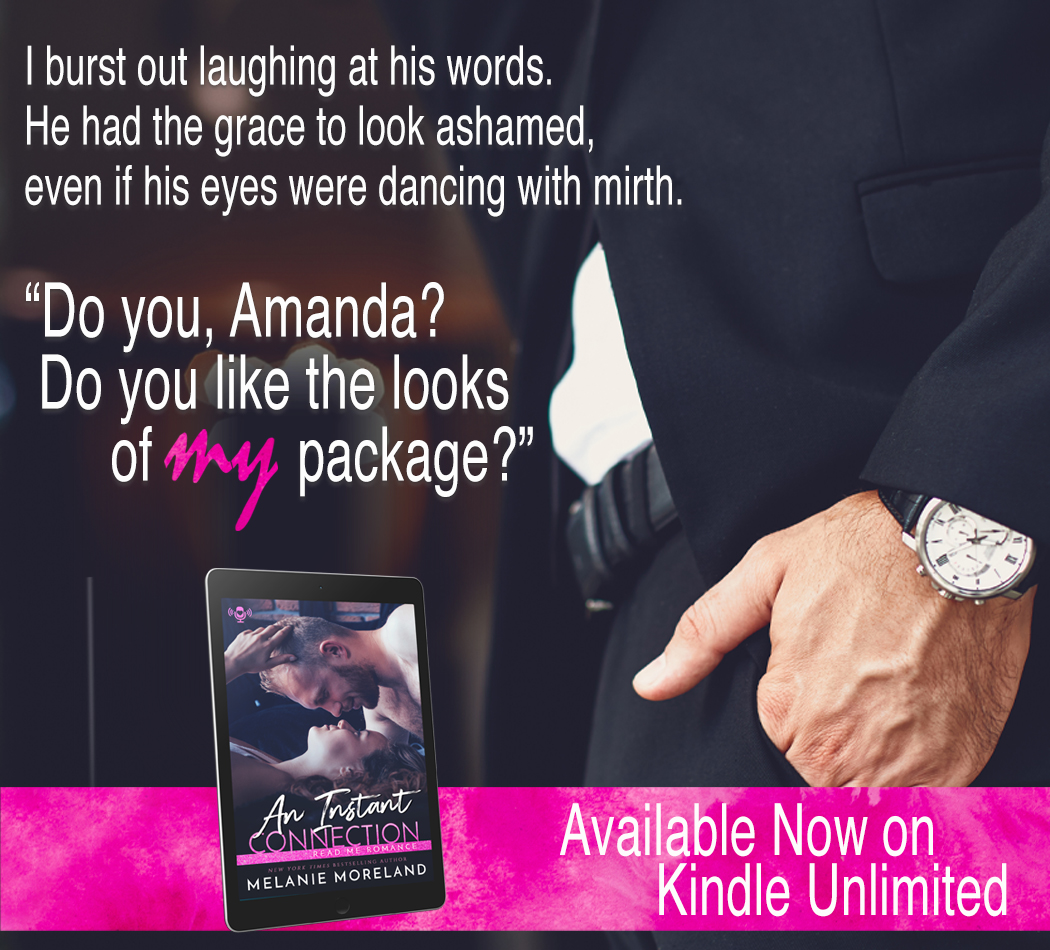 New York Times/USA Today bestselling author Melanie Moreland, lives a happy and content life in a quiet area of Ontario with her beloved husband of twenty-seven-plus years and their rescue cat, Amber. Nothing means more to her than her friends and family, and she cherishes every moment spent with them.
While seriously addicted to coffee, and highly challenged with all things computer-related and technical, she relishes baking, cooking, and trying new recipes for people to sample. She loves to throw dinner parties, and also enjoys traveling, here and abroad, but finds coming home is always the best part of any trip.
Melanie loves stories, especially paired with a good wine, and enjoys skydiving (free falling over a fleck of dust) extreme snowboarding (falling down stairs) and piloting her own helicopter (tripping over her own feet.) She’s learned happily ever afters, even bumpy ones, are all in how you tell the story.
Melanie is represented by Flavia Viotti at Bookcase Literary Agency. For any questions regarding subsidiary or translation rights please contact her at flavia@bookcaseagency.com