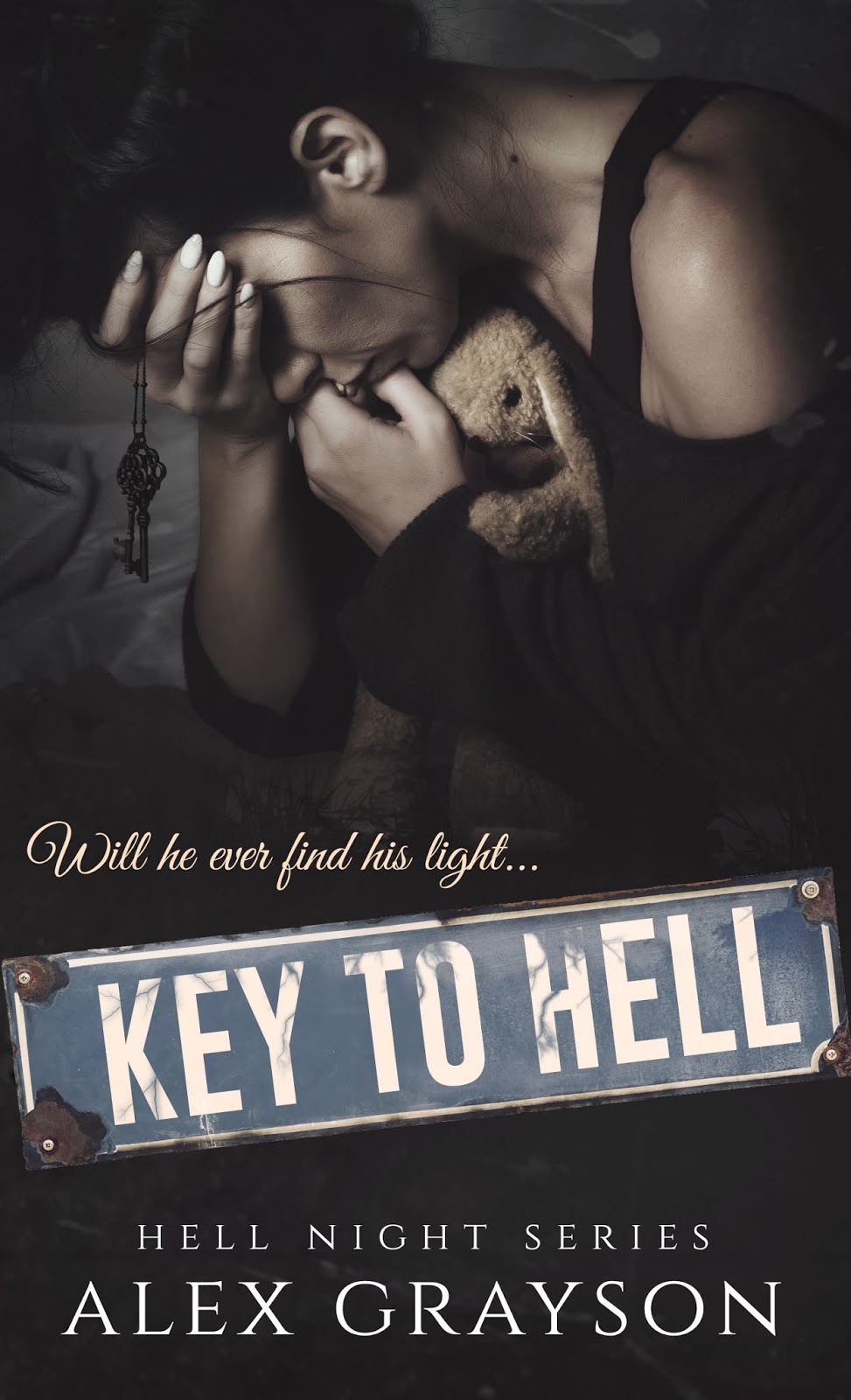 Emo doesnâ€™t feel. Anything. His soul is dark and filled with hatred. People in the small town of Malus watch him with fear, with reverence. Exactly the way he prefers it.

Guilt surrounds him, caging him in an ominous past he refuses to let go. Canâ€™t let go. His past is responsible for the shell of the man who now exists. He doesnâ€™t know any other way to survive.

The woman who haunts his dreams is his only salvation. Heâ€™s hurt her over and over again. He didnâ€™t have a choice.

The key he holds on to, the one he uses to carve into his flesh, is the key to his hell. Itâ€™s his reminder of the pain heâ€™s suffered and inflicted.

Will there be retribution? Can Emo be saved? Or is he destined to live in this dark hell heâ€™s surrounded himself in for the rest of his life? 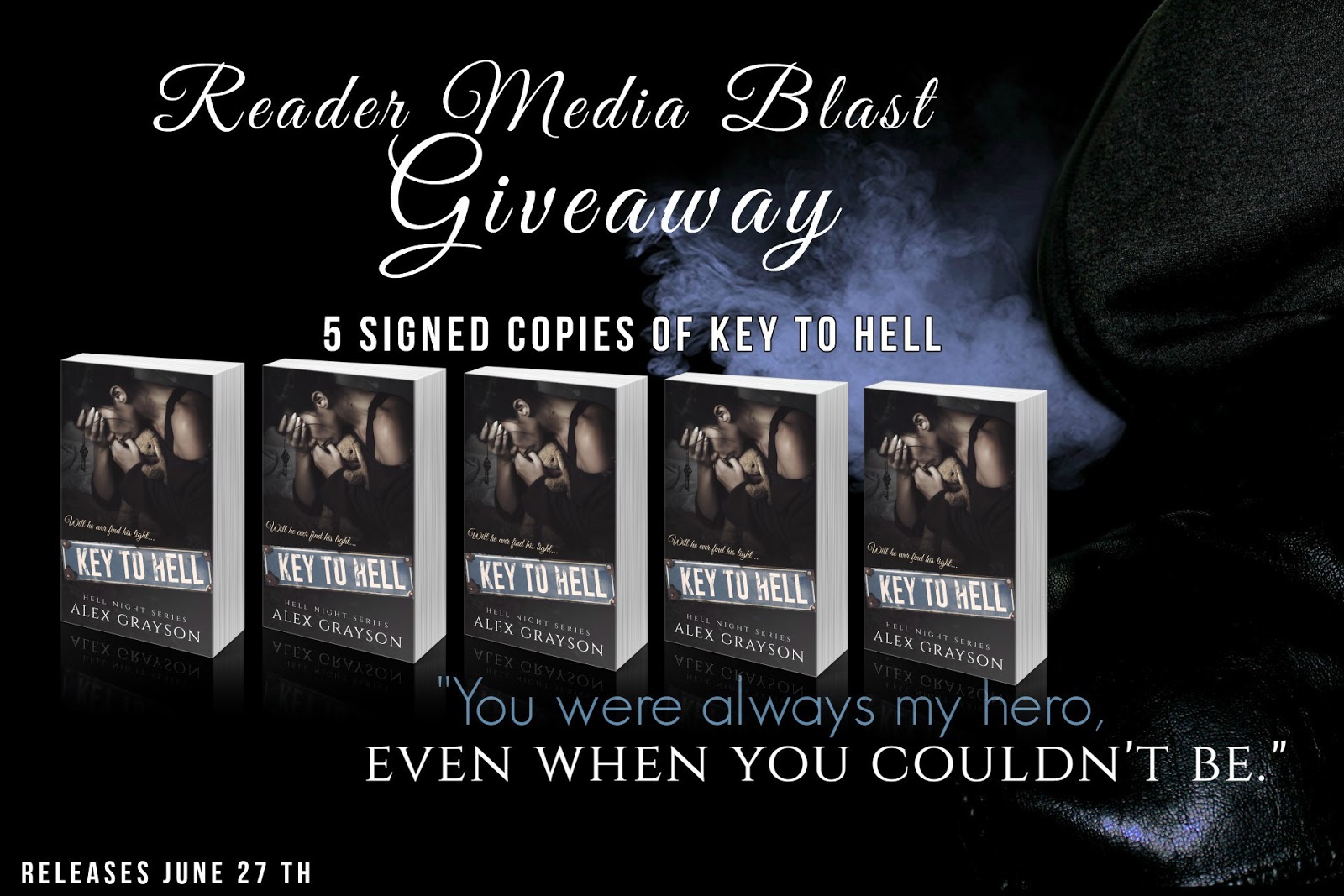 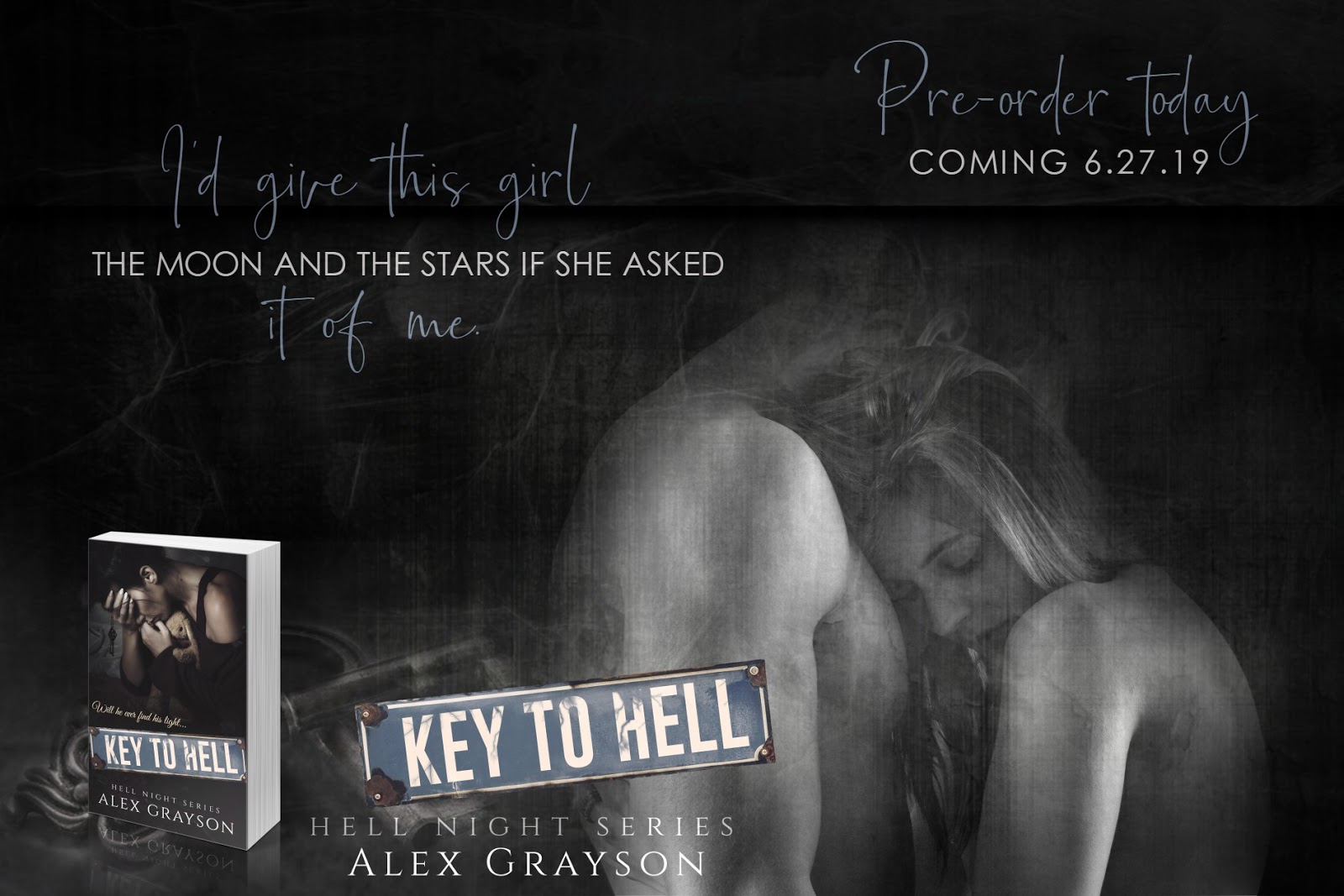 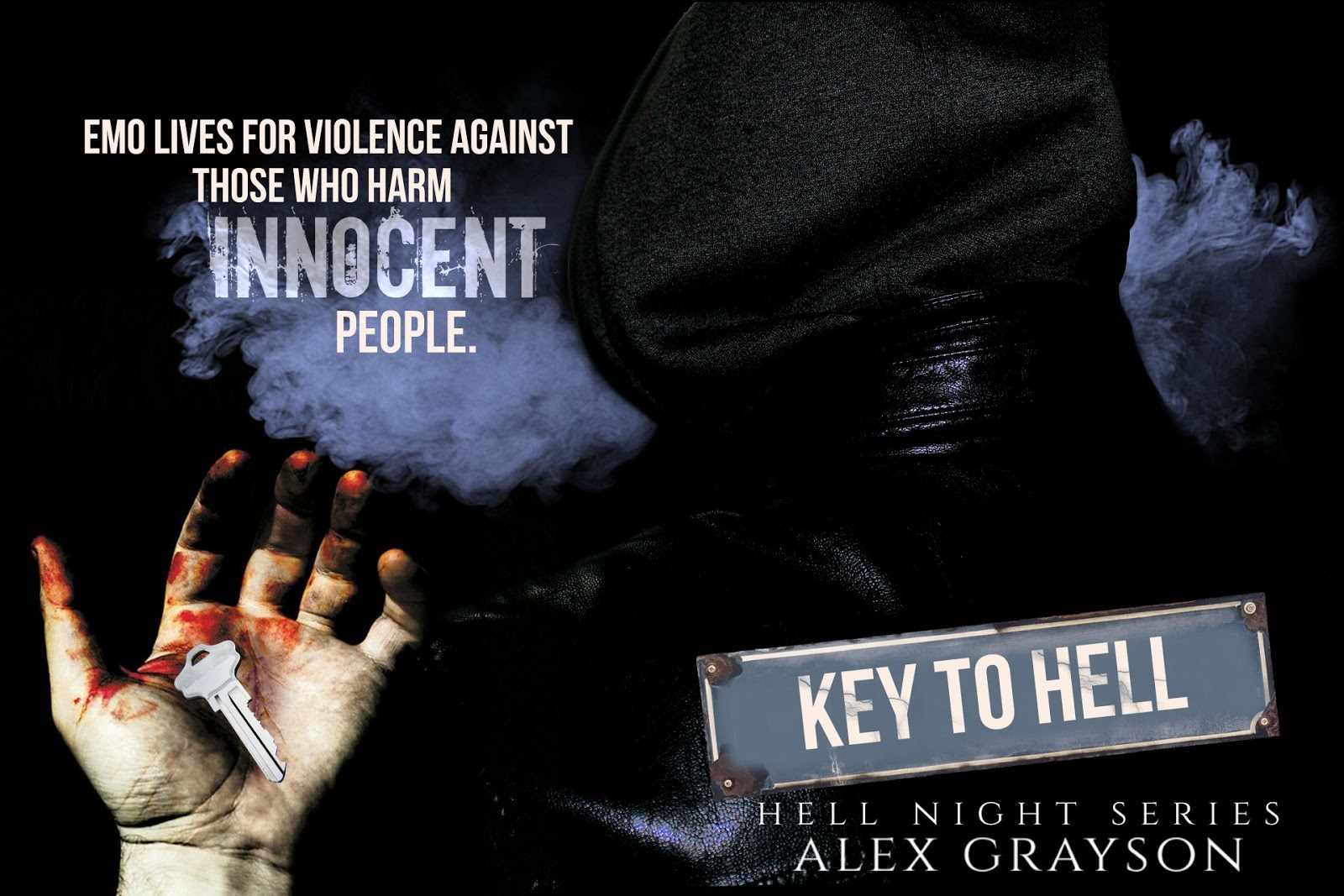 Her voice wobbles when she whispers, â€œCloser, Aziah. Please.â€
â€œI canâ€™t,â€ I whisper back.
Her lips form a frown and the wrinkle is back between her eyes. â€œWhy?â€
â€œBecause I donâ€™t want to hurt you.â€
Some of the tension leaves her, but her bodyâ€™s still too stiff for my liking. The fear isnâ€™t as pronounced in her eyes, but it lingers.
â€œYou would never hurt me.â€
â€œNever physically,â€ I concede. â€œBut being close to you will mentally.â€
She closes her eyes and lets out a slow breath before opening them again. Her hand falls back to the bed.
â€œI donâ€™t want to live like this anymore. I donâ€™t want to fear being touched. I donâ€™t want to freeze when someone gets too close. Youâ€™re one of the only ones I trust to help me.â€ She swallows. â€œPlease.â€
Fucking goddammit to hell. I canâ€™t say no to her.
I close the rest of the space between us. Instead of taking her hand, I drop to my knees beside the bed and sit back on my heels. Her gaze follows me, and I warily watch her in return.
Time stands still as we stare at each other. I wonâ€™t make the first move. Iâ€™m not touching her, but Iâ€™m still giving her what she wants by being close enough for her to touch me.
After several tense moments, her hand hesitantly lifts again. I close my eyes at the first whisper of her fingertips against my face. Itâ€™s warm and smooth and oddly comforting. Her nails gently scrape across the bristles on my cheek. Iâ€™m not used to such tender touches. I either donâ€™t let people touch me or I demand something harsh because thatâ€™s what I like.
Her fingers move up to my temple and stop. â€œWhy do you have blood on your temple?â€
I blink open my eyes and find hers trained on the dried blood I forgot was there. I should have washed it off before she woke up.
â€œItâ€™s from my hand,â€ I answer quietly, afraid to break the spell we currently seem to be under.
Her eyes flicker down to the hand on my thigh. The one I unknowingly gauged in her presence earlier. I silently curse myself for being so stupid.
â€œWhat was in your hand? What were you using to hurt yourself?â€
Against my better judgement, I answer honestly. â€œA key.â€
Her confused gaze jumps to mine. â€œA key to what?â€
Iâ€™m not ready to answer that question yet, so I shake my head. Now that sheâ€™s here, sheâ€™ll know soon enough what the key unlocks. She, more than anyone, has the right to know.
Thankfully, she doesnâ€™t press me for an answer.
Her fingers move slowly over my forehead and down my other temple, across my cheek and down to my chin. Her expression is one of awe and amazement.
â€œI donâ€™t like it when people touch me. When they get close, I shut down. Deanna and Mick never touched me in the ten years I was with them. In any way. They were always so nice to me, but I never let them get close, physically or emotionally. I couldnâ€™t stand it. I love my brother, and I know heâ€™d never do anything to me, but Iâ€™m even scared of him getting too close. I havenâ€™t willingly touched anyone in ten years. Youâ€™re the only one.â€ Her fingers slide through my hair and a shiver races down my spine. â€œI wonder why that is.â€ 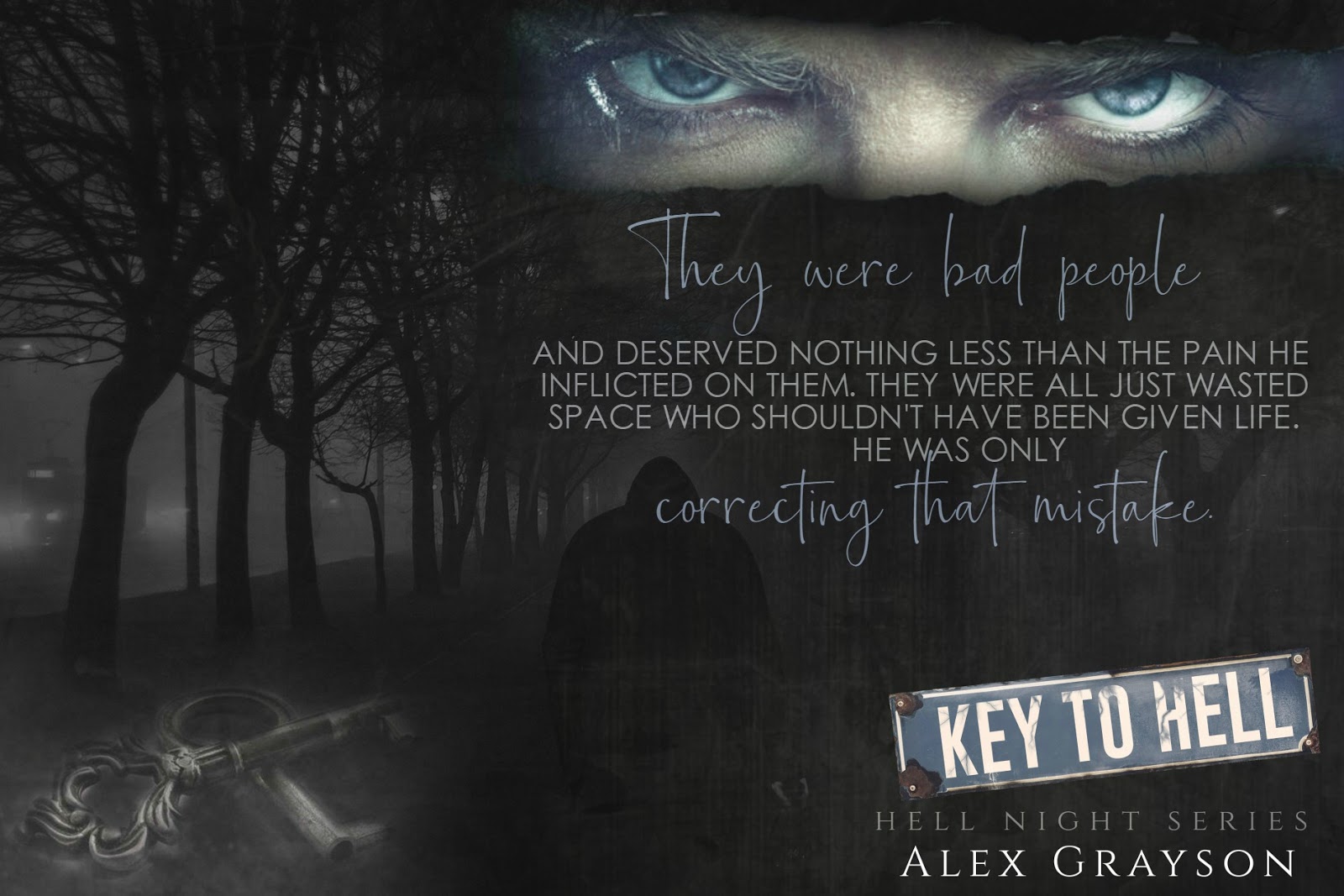 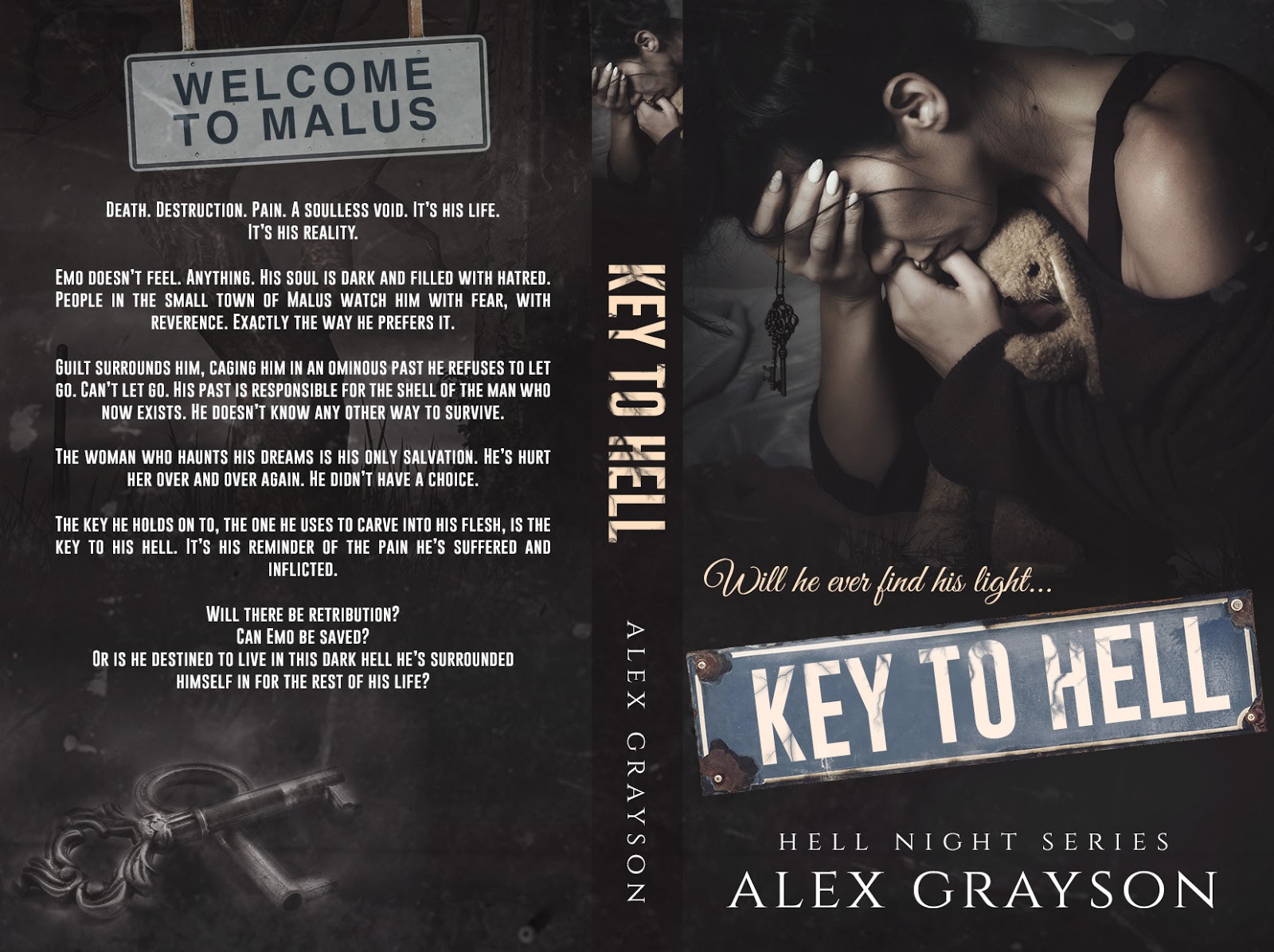 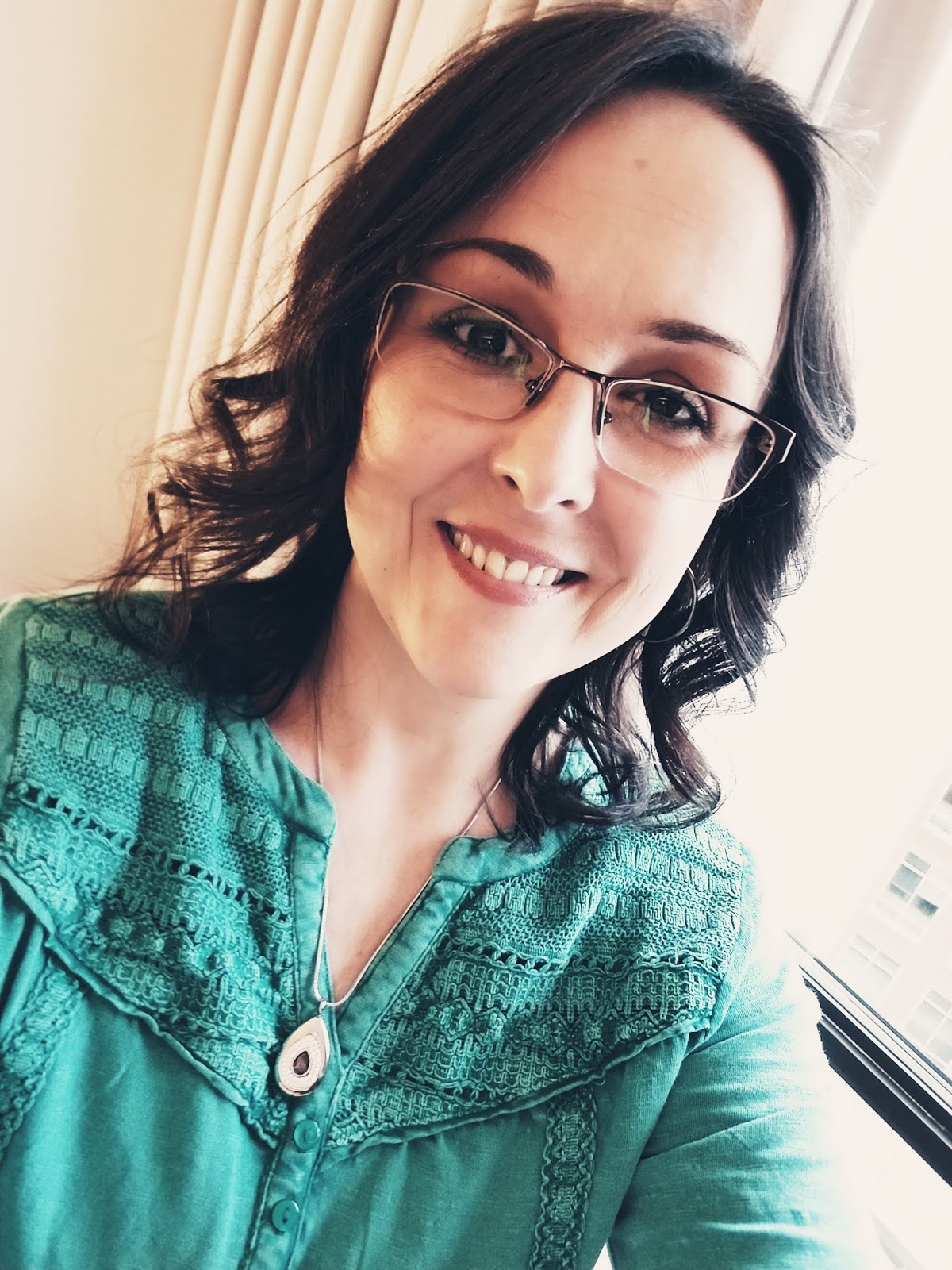 Alex Grayson is the bestselling author of heart pounding, emotionally gripping contemporary romances including the Jaded Series, the Consumed Series, and three standalone novels. Her passion for books was reignited by a gift from her sister-in-law. After spending several years as a devoted reader and blogger, Alex decided to write and independently publish her first novel in 2014 (an endeavor that took a little longer than expected). The rest, as they say, is history.

Originally a southern girl, Alex now lives in Ohio with her husband, two children, two cats and dog. She loves the color blue, homemade lasagna, casually browsing real estate, and interacting with her readers. Visit her website, www.alexgraysonbooks.com, or find her on social media!