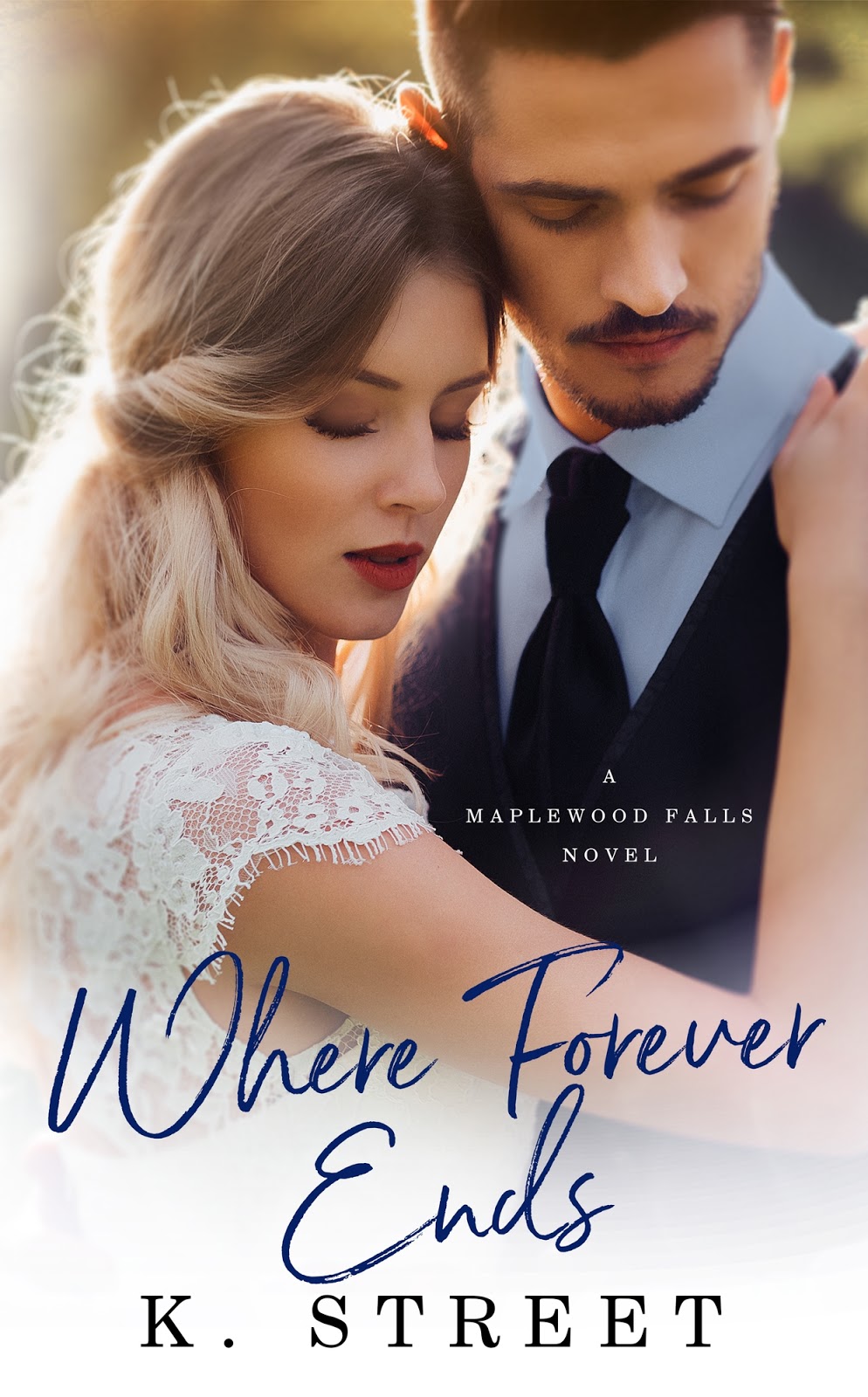 My life is split into two partsâ€”then and now.

Then:
I was a wife.
Married to a man who was my world and the father of my child. Then, one day, half of my heart was ripped out of my chest.
Now:
Iâ€™m a widow.
A single mom who has spent the last nine months trying like hell not to drown in an ocean of grief.
I survive in the in-between, but surviving isn’t the same as living, and Iâ€™m not sure what living looks like anymore.

That is, until Jase Turner, my older brotherâ€™s best friend and my former crush, comes back into my life.

Weâ€™re two people tethered together by strands of similar sorrow.

My husband had my past.

And maybe where forever ends is just a different beginning. 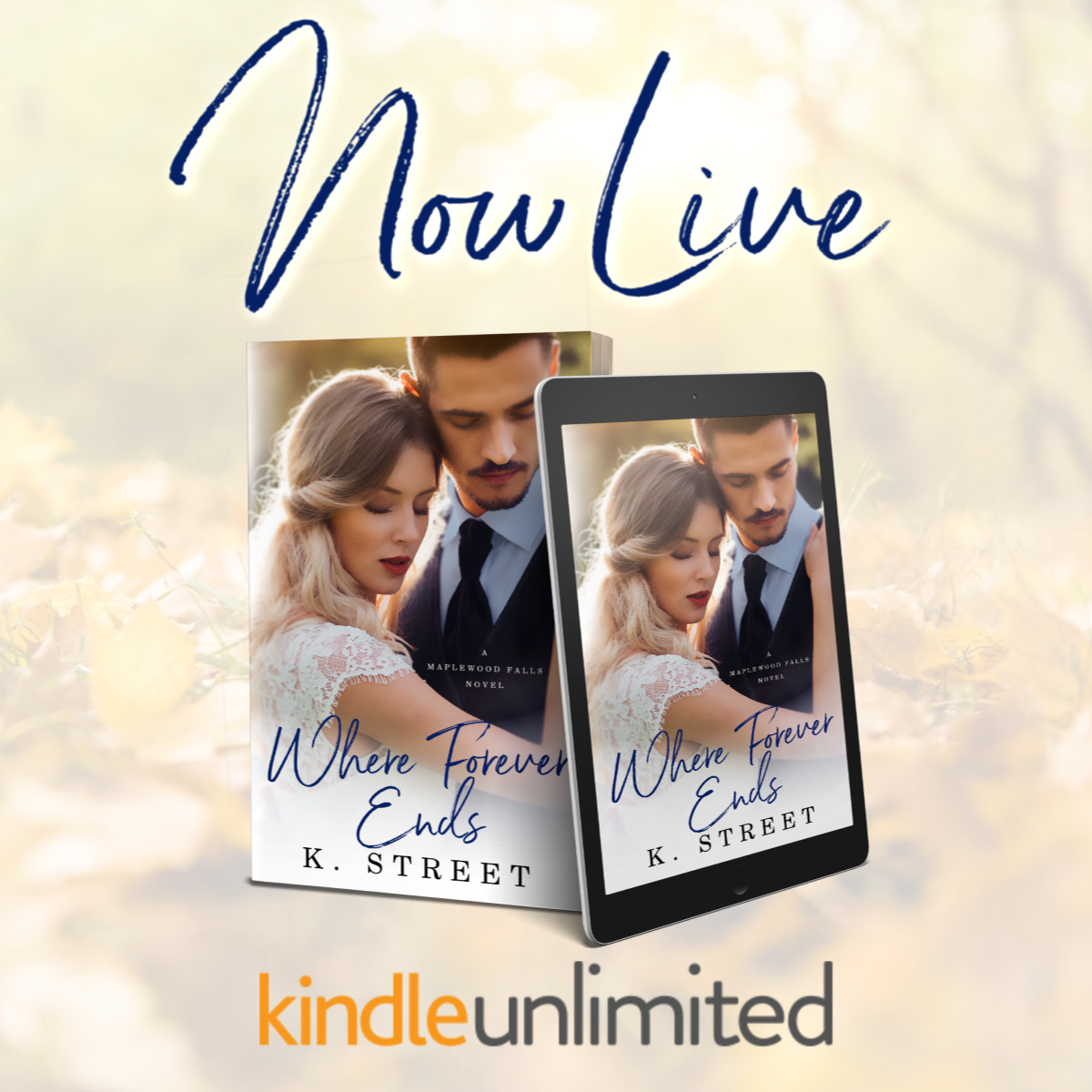 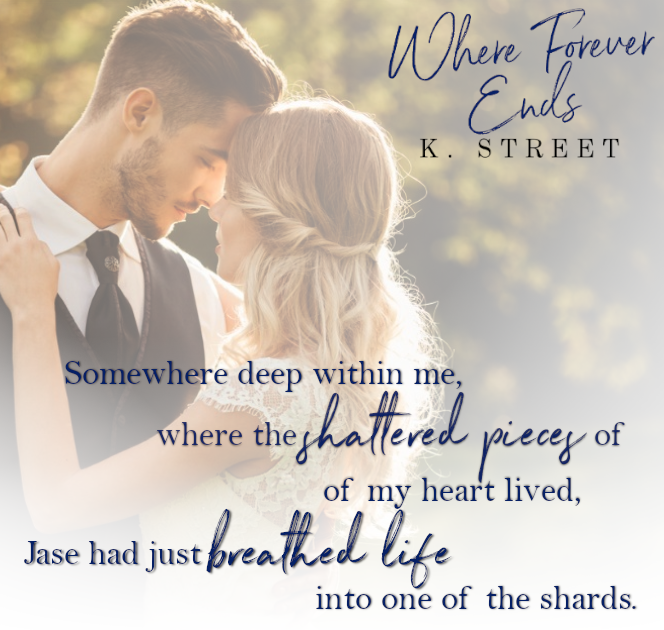 K. Street has been making up stories since she was old enough to talk and began writing at the tender age of eleven. She resides in central Florida with her husband and daughter, as well as a tiny menagerie of pets; including a dog, a cat, and a bearded dragon. K is a foodie with an affinity for coffee, peach Moscato, and dark chocolate. When she isnâ€™t plotting her next story K enjoys reading, spending time with her family and cheering on her favorite hockey team, the Chicago Blackhawks. 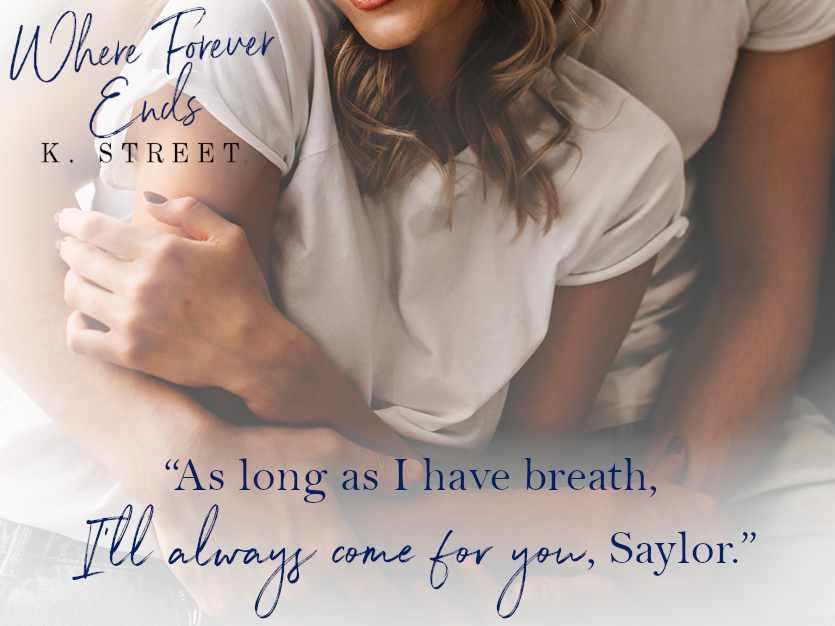