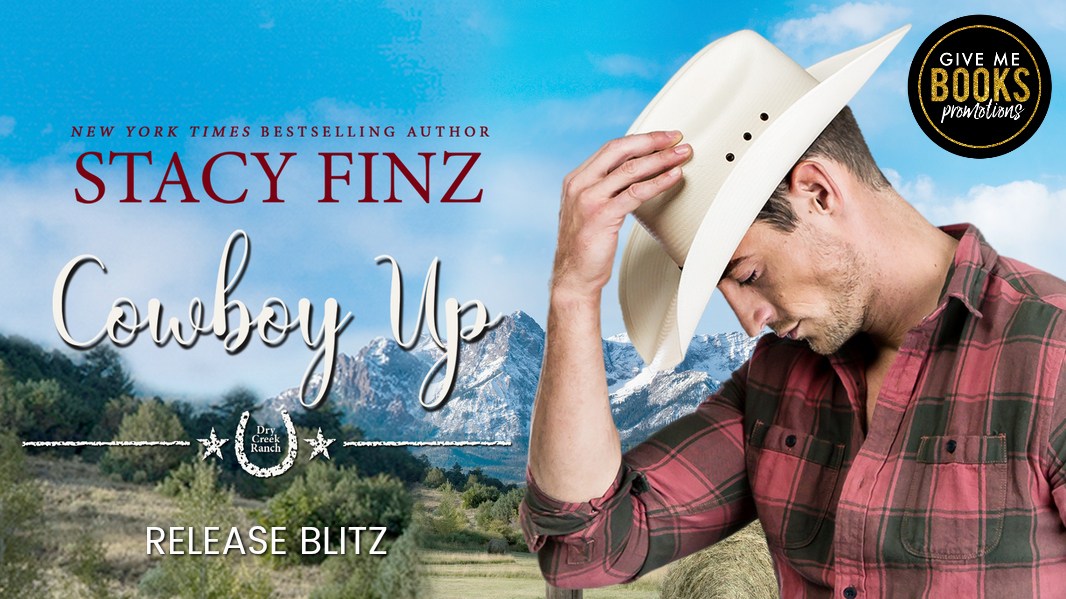 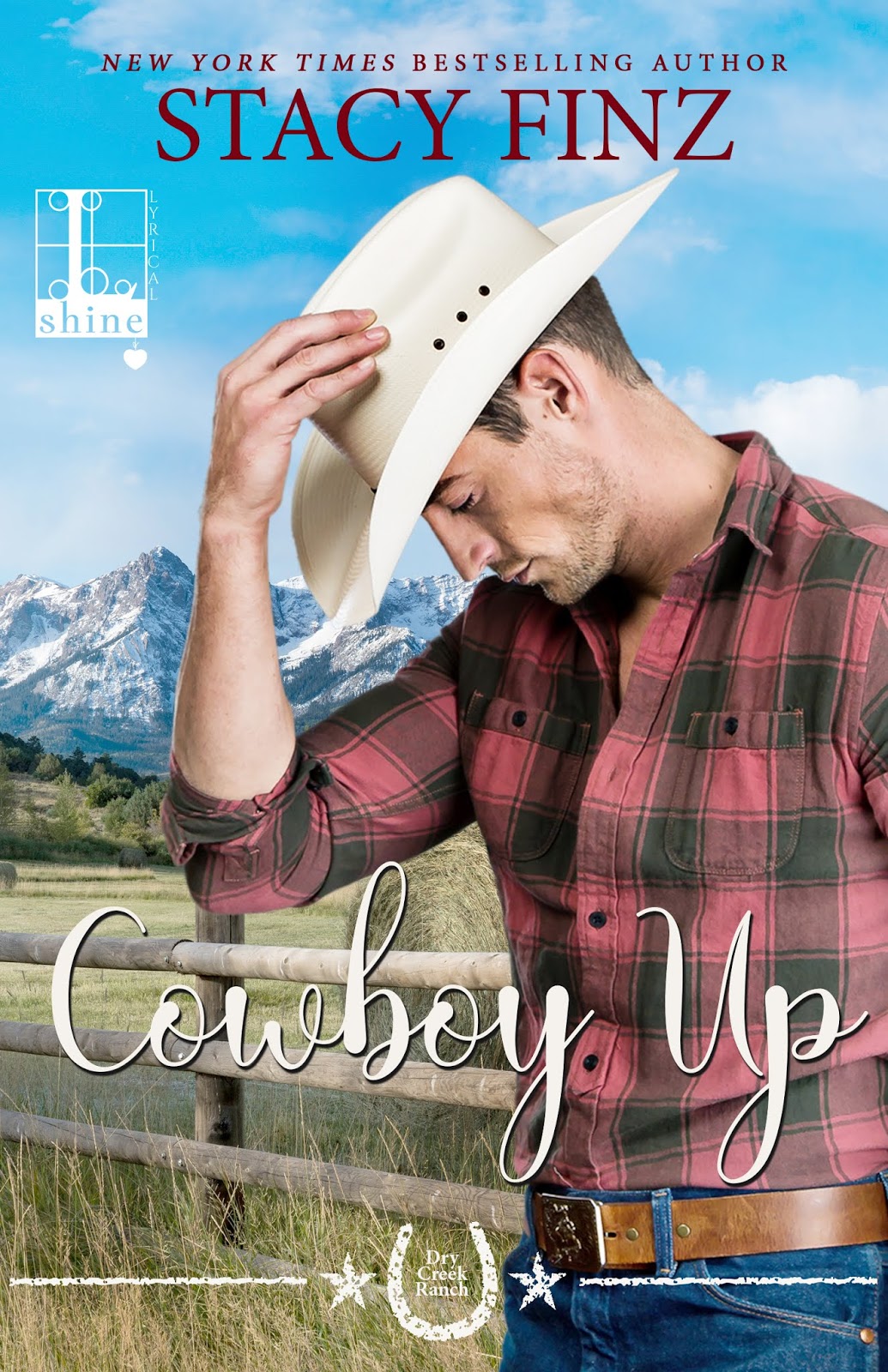 Cash Dalton is no rancher. Heâ€™s an FBI agentâ€”or at least he was, until he left a haunting case behind him and a load of guilt in front of him. Now it turns out heâ€™s also a fatherâ€”to a twelve-year-old girl he didnâ€™t know he had. Clearly, itâ€™s no time for a new romance, especially not with Aubrey McAlister, whoâ€™s renting the cottage on Dry Creek Ranch. She doesnâ€™t even seem to like him. Still, thereâ€™s nothing wrong with looking . . .

After calling off her wedding, Aubrey is trying to focus on her interior design career and avoid the fact that sheâ€™s the center of small-town gossip. Clearly, itâ€™s no time for a new romance, especially not with brooding Cash. Though she does find him sexy as hell. And he has softened since his daughter arrivedâ€”enough for Aubrey to help decorate her roomâ€”and even try to get Cash to open up about the chip on his shoulder. Once he does, both their hearts might just followâ€”but will their futures sync up as well? . . . 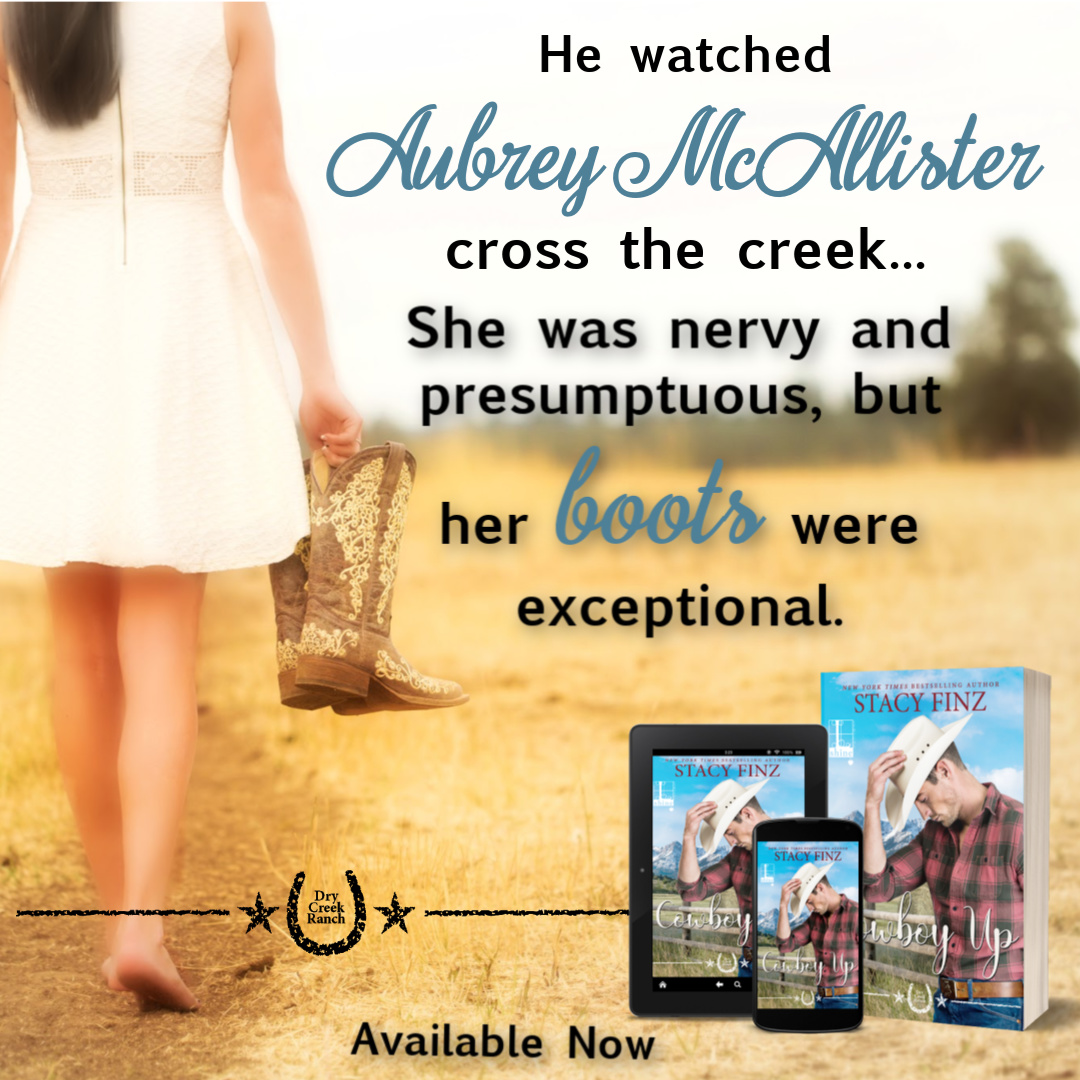 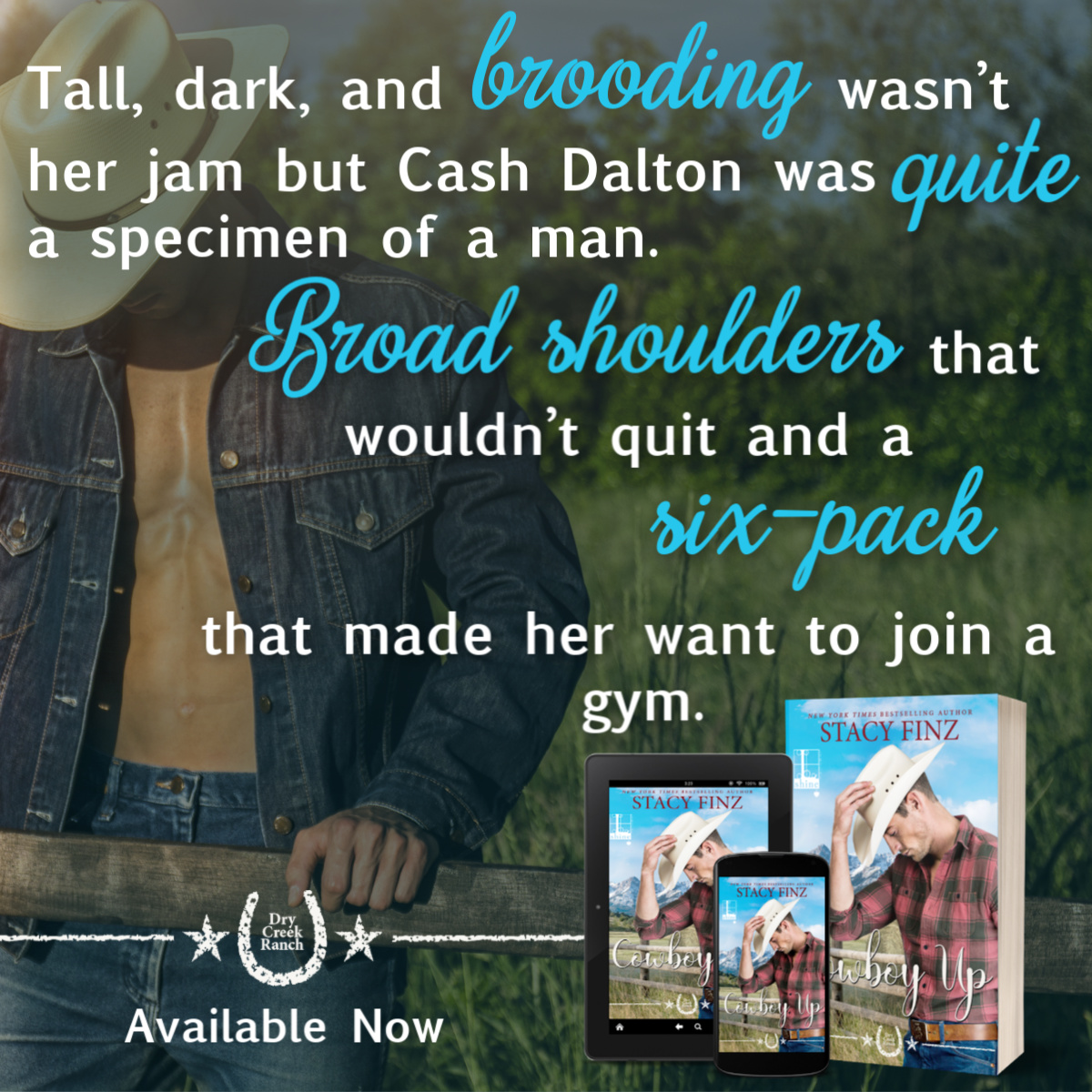 
Aubrey got the impression they were no longer talking about painting. â€œYou must be a renegade, Cash Dalton.â€
He held her gaze, his eyes so blue, they reminded her of Mill Lake in summertime. â€œMaybe, how â€™bout you?â€ And then his eyes slid over her in a way that wasnâ€™t altogether respectable.
â€œMe? Uhâ€¦Iâ€™m pretty conventional.â€
â€œThereâ€™s nothing about you a man would call conventional.â€ He stepped in front of her and flicked a piece of tape off her shirt.
She lifted her face to his, hoping she wasnâ€™t misreading what was going on here. â€œShould I take that as a compliment?â€ Are you making a move on me?
â€œDamn straight itâ€™s a compliment.â€ His lips twitched and he tilted his head down close enough that she felt his warm breath on her cheeks. â€œYou know, I nearly kissed you the other day? How weird would it be if I kissed you now?â€
She chewed her bottom lip. â€œProbably pretty weird.â€ But she didnâ€™t move away.
His lips hovered barely an inch from her mouth. â€œShould we try it? Whatâ€™s the worst that can happen?â€
It was just a kiss, she argued with herself, trying to dismiss all the reasons it was insane, starting with the fact that sheâ€™d just broken her engagement to another man. Her head told her to back away, but her mouth said, â€œI donâ€™t see how it could hurt.â€
And then, just like that, he covered her mouth with his, tasting her lips until the kiss grew deeperâ€¦ 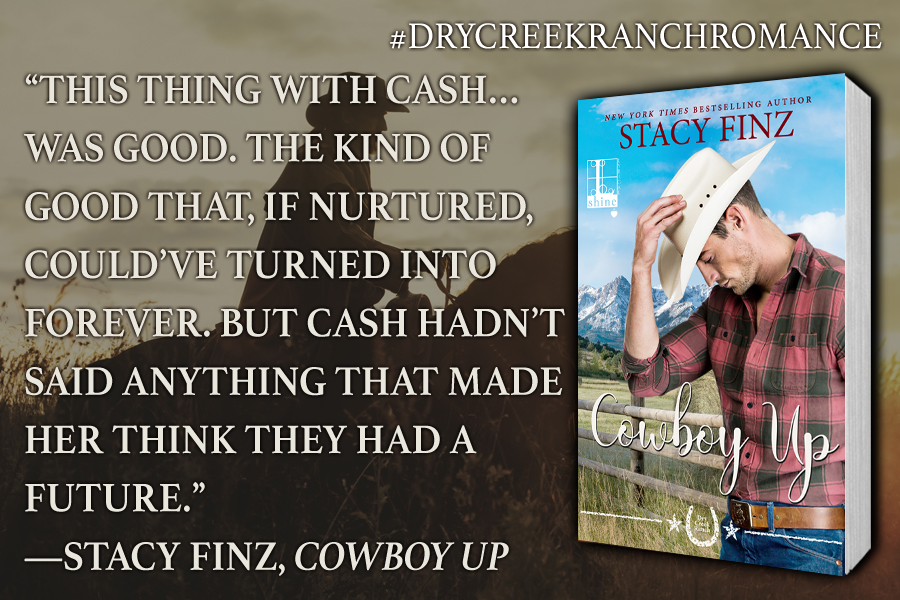 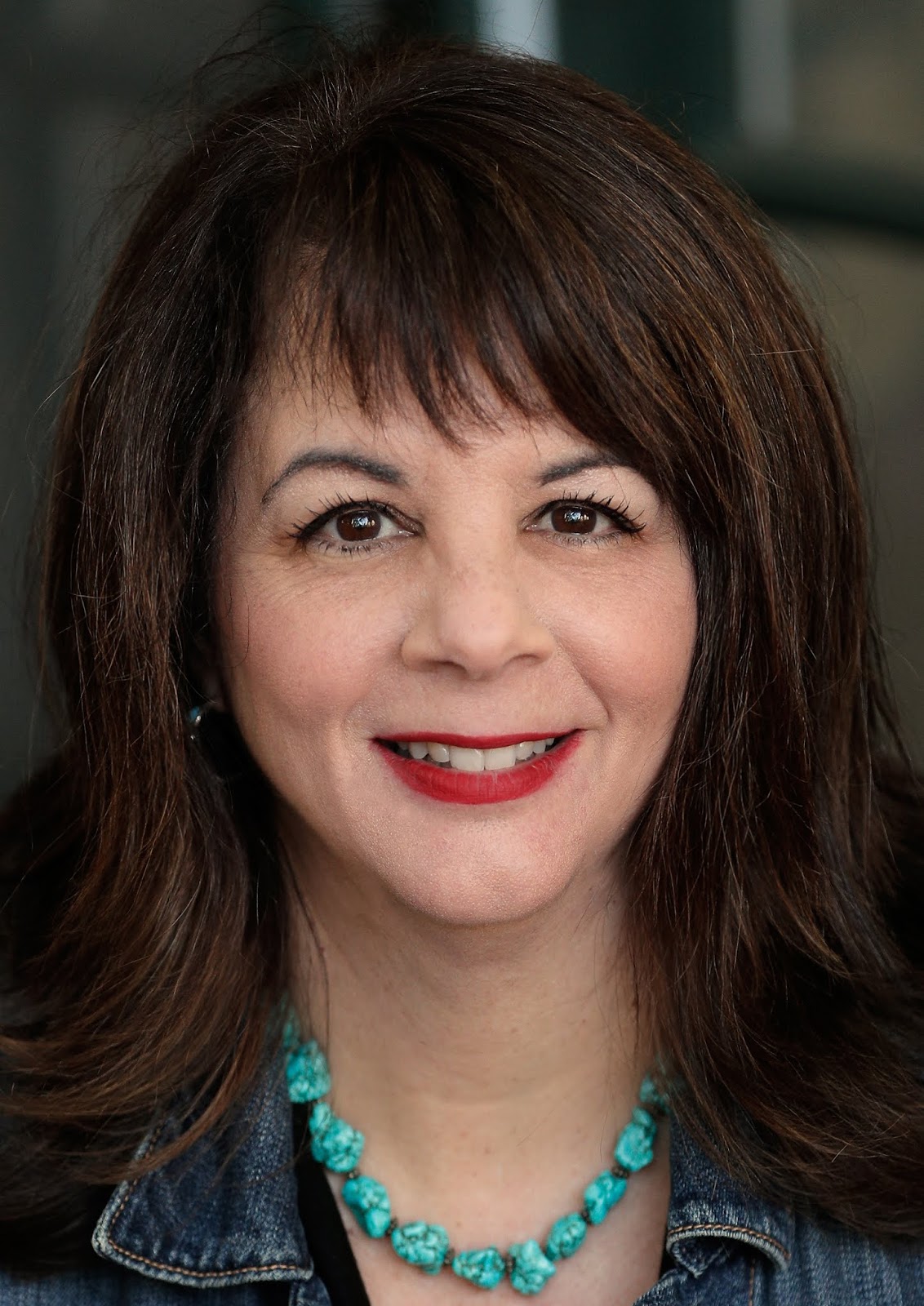 Stacy Finz is a New York Times and USA Today bestselling author of contemporary romance. After more than twenty years covering notorious serial killers, naked-tractor-driving farmers, fanatical foodies, aging rock stars and weird Western towns as a newspaper reporter, she figured she finally had enough material to launch a career writing fiction. She is the author of the Nugget Romance series, the Garner Brothers series, and the upcoming Dry Creek Ranch series. She lives in Northern California with her husband. 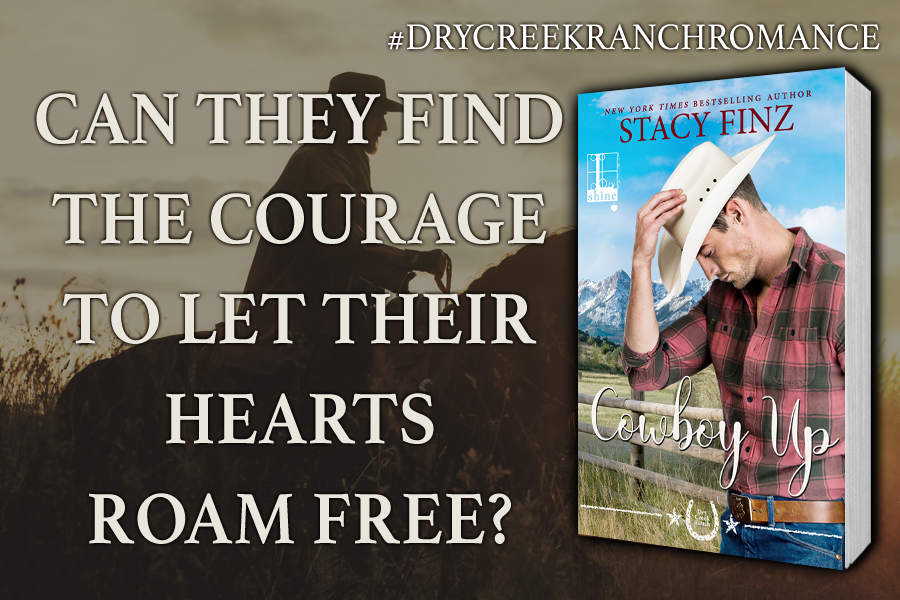