Kiss of the Red Scorpion, an all-new anthology is NOW LIVE! 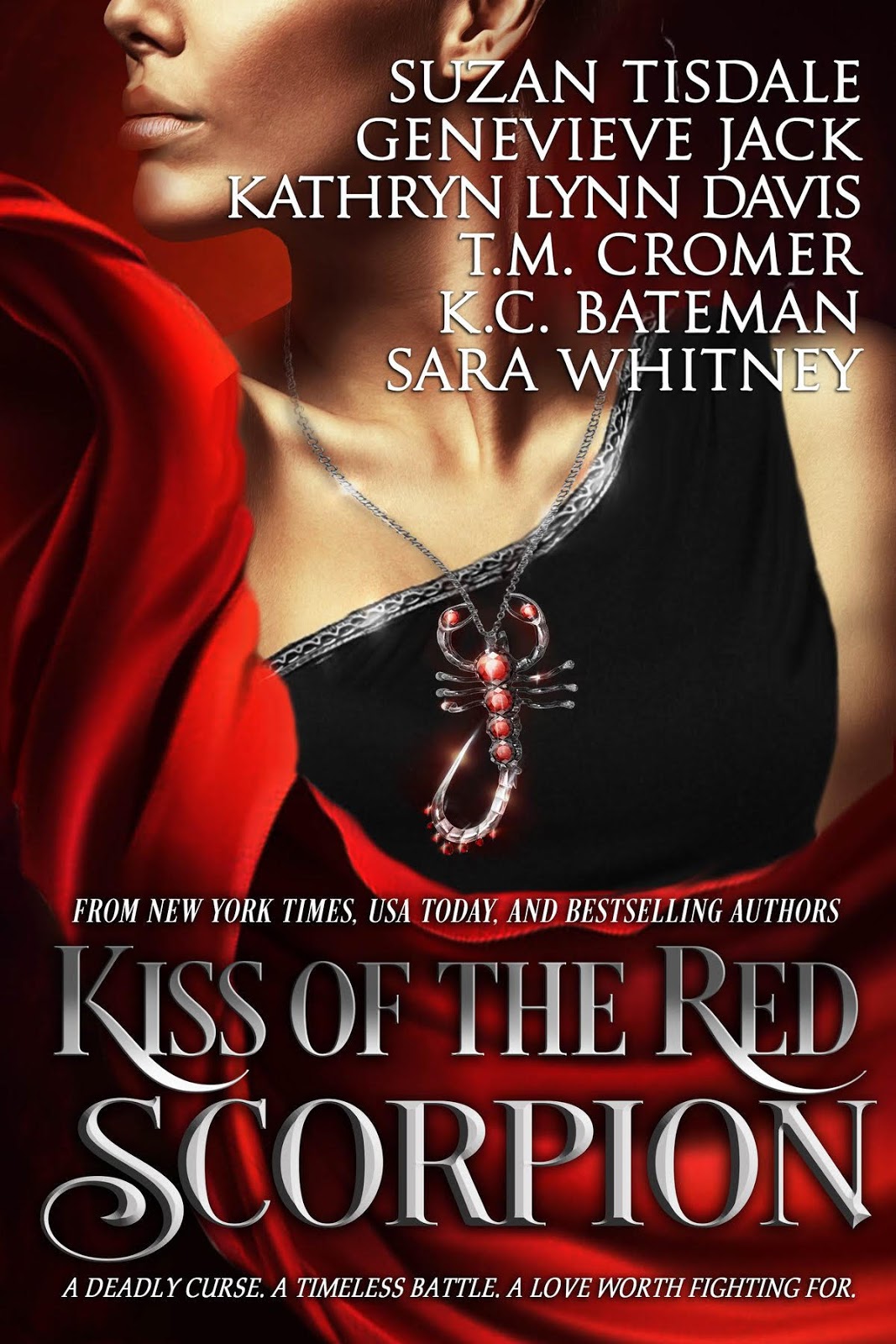 A deadly curse.
When two goddesses clash, a cursed object is hurled through time. A scorpion necklace, beautiful but deadly, surfaces again and again over the centuries with the power to level cities and destroy mankind.

A timeless battle.
From ancient Ireland to near-future New York, the necklace calls to those with the propensity for wickedness, and, when worn, twists the good into evil.
A love worth fighting for.
Honorable men and women have fought to keep the necklace safely hidden, its dark magic carefully buried for the good of humanity. But over the years, the necklace and its powers have been unveiled. Only an act of selfless love can break the curseâ€”if the soulmates can find each other in time. 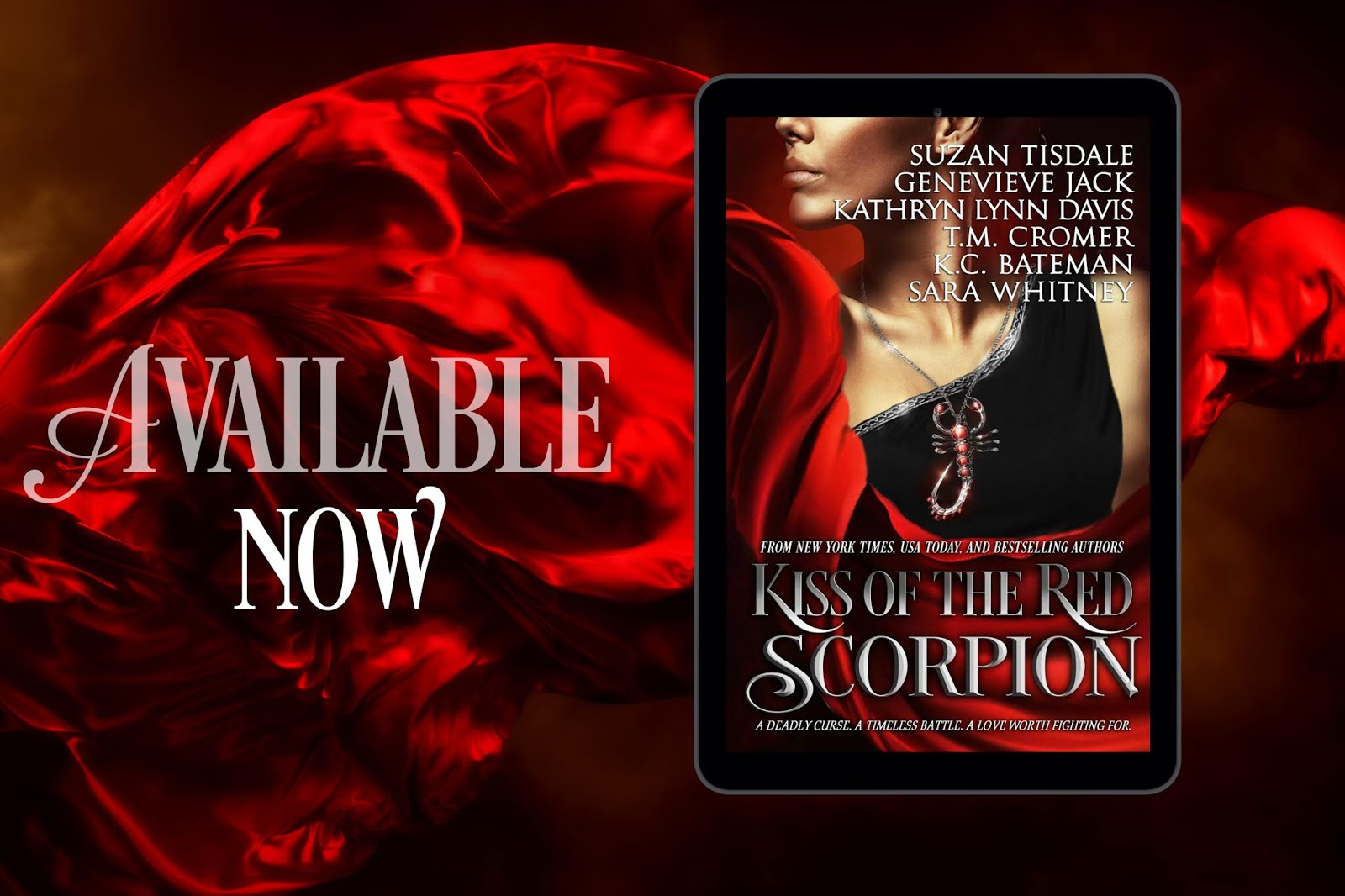 About Genevieve Jack
USA Today bestselling author Genevieve Jack writes wild, witty, and wicked-hot paranormal romance and fantasy. Coffee and wine are her biofuel, the love lives of witches, shifters, and vampires her favorite topic of conversation. She harbors a passion for old cemeteries and ghost tours, thanks to her years attending a high school rumored to be haunted. Although originally from the Midwest, she adores the beaches of the southeast, where she spends her days with her laptop and one lazy dog.

USA Today Bestselling Author, storyteller and cheeky wench, SUZAN TISDALE lives in the Midwest with her verra handsome carpenter husband. All but one of her children have left the nest. Her pets consist of dust bunnies and a dozen poodle-sized, backyard-dwelling groundhogs â€“ all of which run as free and unrestrained as the voices in her head. And she doesnâ€™t own a single pair of yoga pants, much to the shock and horror of her fellow authors. She prefers to write in her pajamas.

Kathryn Lynn Davis was born with what the ancient Celts called “the fatal gift of the imagination: a crown of stars and a stinging sword.” She had no choice but to become a writer. Since Scotland is the home of her heart, and she loves history (having a Masters in the subject), it was inevitable that she should write historical novels, most of which are set in Scotland. An award-winning, New York Times best-seller, she has published 9 historical novels and two historical novellas.
Follow Kathryn Lynn Davis

T.M. Cromer is an international best-selling author who loves to craft wildly entertaining stories designed to keep you glued to your seat, turning the pages to find out what the hell happens next. She specializes in kickass heroines and the men who adore them. Genres she has tackled include contemporary, romantic suspense, and paranormal romance.
Follow T.M. Cromer
Website – https://www.tmcromer.com/
Facebook – https://www.facebook.com/tmcromer
Twitter – https://twitter.com/tmcromer
Amazon – https://amzn.to/2YsPZxJ
Instagram – https://www.instagram.com/tmcromer/

K. C. Bateman, (also writing as Kate Bateman), is the #1 bestselling author of Regency, Victorian, and Renaissance historical romances. The Devil To Pay is a 2019 RITAÂ® Finalist for Historical Romance. All her books feature her favorite feisty, intelligent heroines, (badasses in bodices!) wickedly inappropriate banter, and sexy, snarky heroes you want to both strangle and kiss…

Sara Whitney writes witty, sexy contemporary romance novels packed with breezy charm, crackling dialogue, and want-to-root-for-them characters. A 2019 Romance Writers of AmericaÂ® Golden HeartÂ® finalist, Sara worked as a newspaper reporter and film critic before she earned her Ph.D. and landed in academia, where she teaches courses on journalism, communication theory, and media, race, and gender.