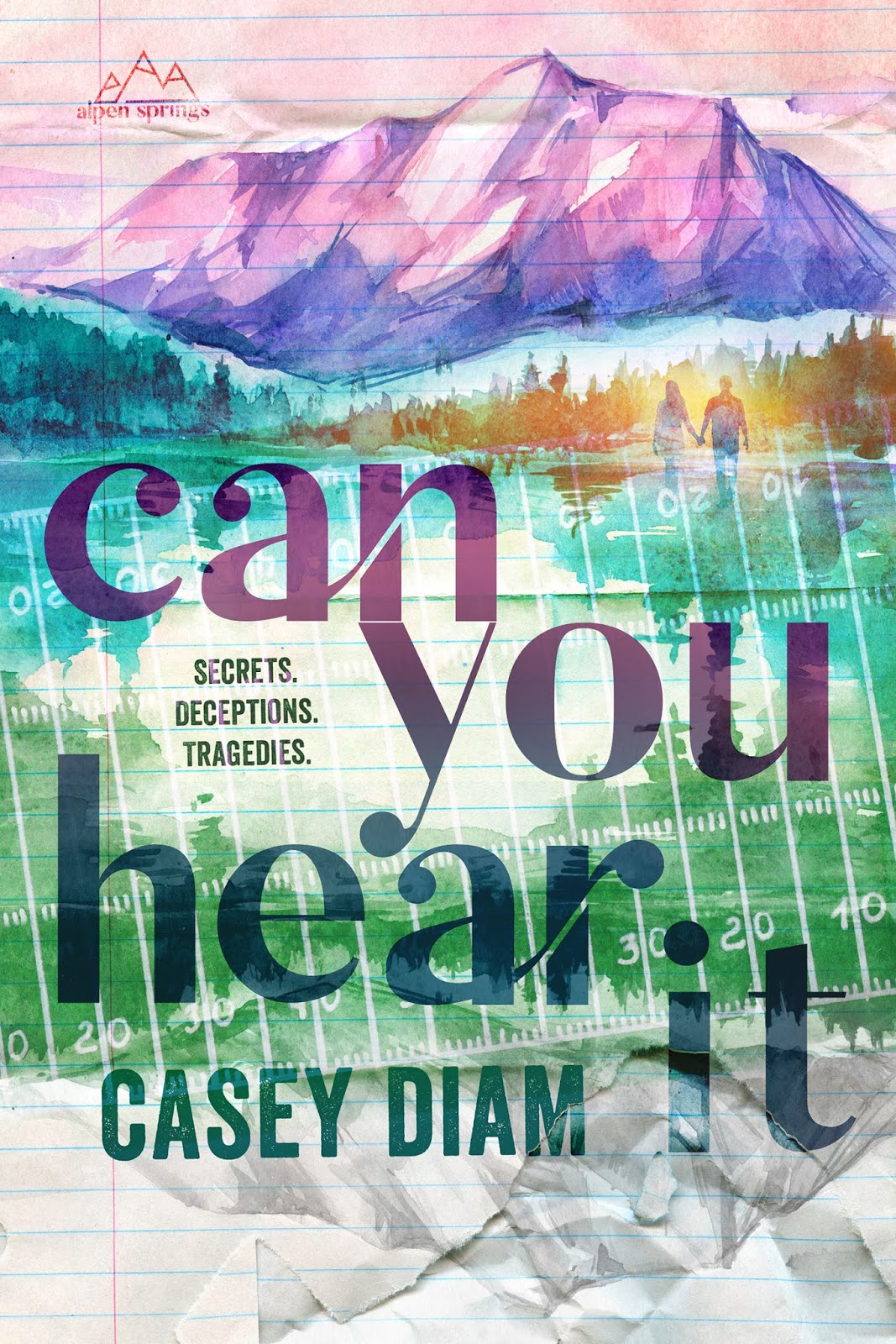 Secrets.
Deceptions.
Tragedies.
Those were the root of all evil. One of those became the root of mine the day I lost the love of my life. My best friend. My lover.
Everyone disregarded it, saying, â€œLetâ€™s face it, Averie, you have the rest of your life ahead of you.â€ They were wrong. James Lawrence was my ever after . . . until Ashton.
If only he didnâ€™t come bearing his own brand of evil.
A secret.
The reason he wanted me to stay away.
I should have listened, and he should have tried harder, but both of us failed. And if we hadnâ€™t, if he had told me when we first met, would it have altered the moment I realized that I was falling for him?
The slight variation in the air. The hitch in my breath. The lightness in my chest.
Impossible to know; Iâ€™d already fallen.
I was already ruined.


***A standalone sports romance that takes place in senior year high school. Due to explicit content, this book is suitable for 17+ 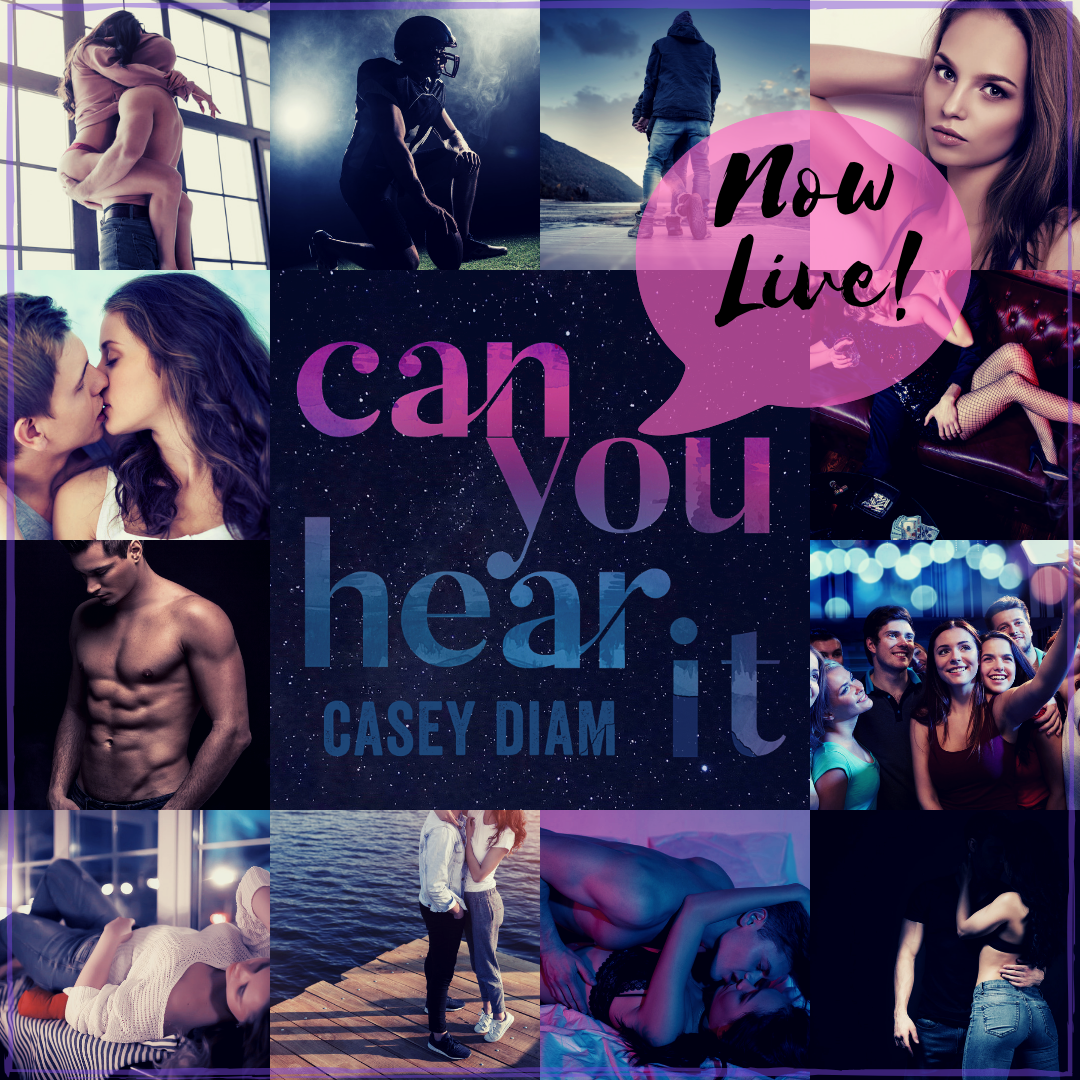 Only available at the following
retailers for a limited time 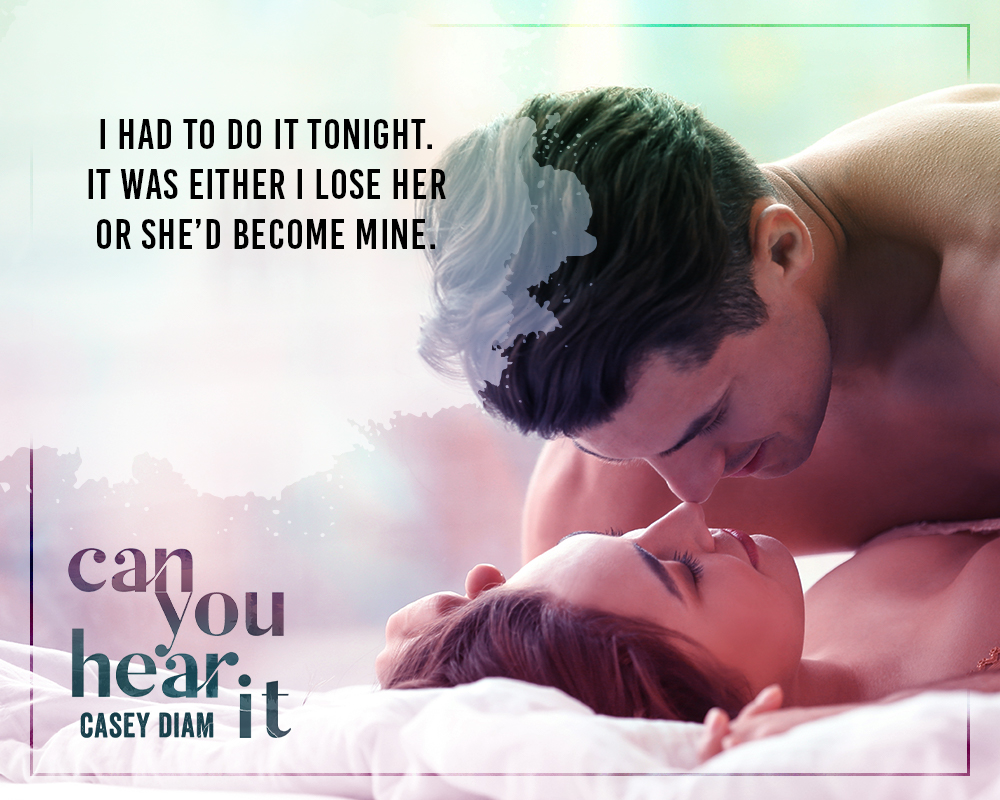 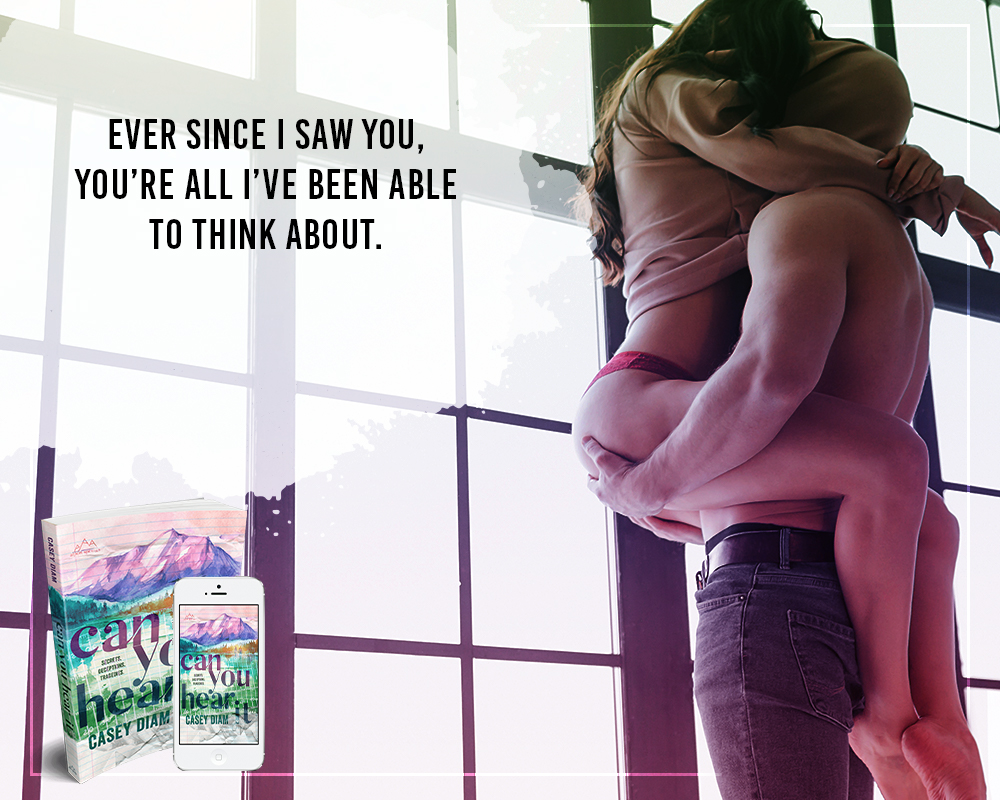 I peered into his caramel-colored eyes, my hands running up his jaw. â€œYouâ€™re going to do great today.â€
A chill breeze passed around James and me, and I shivered. He tugged me closer, a charming smile pulling at his lips.
He caught my long hair in his hands, carrying it over my shoulders to curtain my face as he leaned against his car. â€œI love you.â€
â€œLawrence!â€ someone called, and his gaze shifted to the sound while I kept my eyes on him. He looked uncertain, exhausted almost.
â€œYou okay?â€
â€œYeah.â€ He kissed my forehead.
â€œLawrence, come on! We got a game to win, dude.â€ Ben winked at me from across the high schoolâ€™s parking lot, a lopsided grin on his face and his duffel bag slung over one shoulder. â€œYou can snuggle with your sweetie later. Hey, Averie.â€
Smiling, I lifted a hand and waved before giving James Lawrence, my number nineteen, one last hug.
He squeezed me. â€œSee you in a bit. Youâ€™ll be getting a winning kiss tonight. I can feel it.â€ He grinned, and I chewed on the smile that stretched across my lips as I watched him go before turning around.
My best friends, Nicky and Sydney, would be here soon, but as I scanned the nearby vehicles and the people walking through the gates to the football field, I realized that they were nowhere in sight. Instead of waiting, I headed to the gates and showed my student ID to the teacher responsible for the ticketing tonight.
A few people were already were scattered across the metal seats on the bleachers, most of them being parents. Once I got there, I climbed up to sit on the far-left side and pulled Jamesâ€™s hoodie over my head.
The crowd would multiply soon and everyone would be shoulder to shoulder. Because in Alpen Springs, Colorado, a small mountain city with a population of about sixteen thousand, this was one of the main sources of entertainment.
What felt like minutes later, James ran out onto the field. Moments later, I began to tense.
Our football team wasnâ€™t the best, but we werenâ€™t the worst either. And as time flew by, the former was clear, because now, at almost an hour into this game, things werenâ€™t looking too good for us.
I shifted on the bench, my feet tapping restlessly as I waited with bated breath for the second half of the game to kick off.
James was so competitive and hated losing, so I really wanted our team to win tonight.
We were still down by fourteen points at the end of the third quarter when it became so noisy I could barely hear what Sydney was saying to me.
â€œI . . . didnâ€™t think . . . catch up . . . win!â€
The gist of it was clear enoughâ€”we had a chance. Weâ€™d caught up, and everyone on the bleachers was just as anxious as the players. Night had fallen upon us so fast that everything outside of the field was dark, non-existent. Kind of like everything was beyond the finite views that surrounded us due to the mountain peaks and hills in every direction.
I loved it here.
Alpen Springs was fresh air and freedom.
I inhaled and caught a whiff of marijuana.
Damn it.
Regretting the disturbance of said fresh air, I covered my nose with the sleeves of my hoodie. The no-smoking rule became muddied at night, because with a crowd like this, it would be impossible to find the culprit.
As everyone grew quiet, I glanced at the scoreboard.
With one minute and forty seconds remaining in the game, we were only down by one point.
Come on.
I bit my lip as the line of scrimmage formed at the thirty-five-yard line in the Hollis territory, Alpen Springs North on the offense.
Our quarterback got the ball and shuffled to the side before hurling the football to James. He caught it and took off running as a chant broke out behind me, around me. â€œLawrence, Lawrence, Lawrence!â€
My eyes followed James as he ran, did a three-sixty-degree turn, escaping two of the defenses from the other team who stumbled trying to tackle him. Then he was a lone figure running down the field and straight into the end zone for a sixty-five-yard touchdown.
Jumping out of my seat, I screamed, â€œYes! Oh my God!â€ Barely able to hear myself as the crowd went wild.
That was exactly how long the excitement lasted, because in the next second . . . my life would change forever. 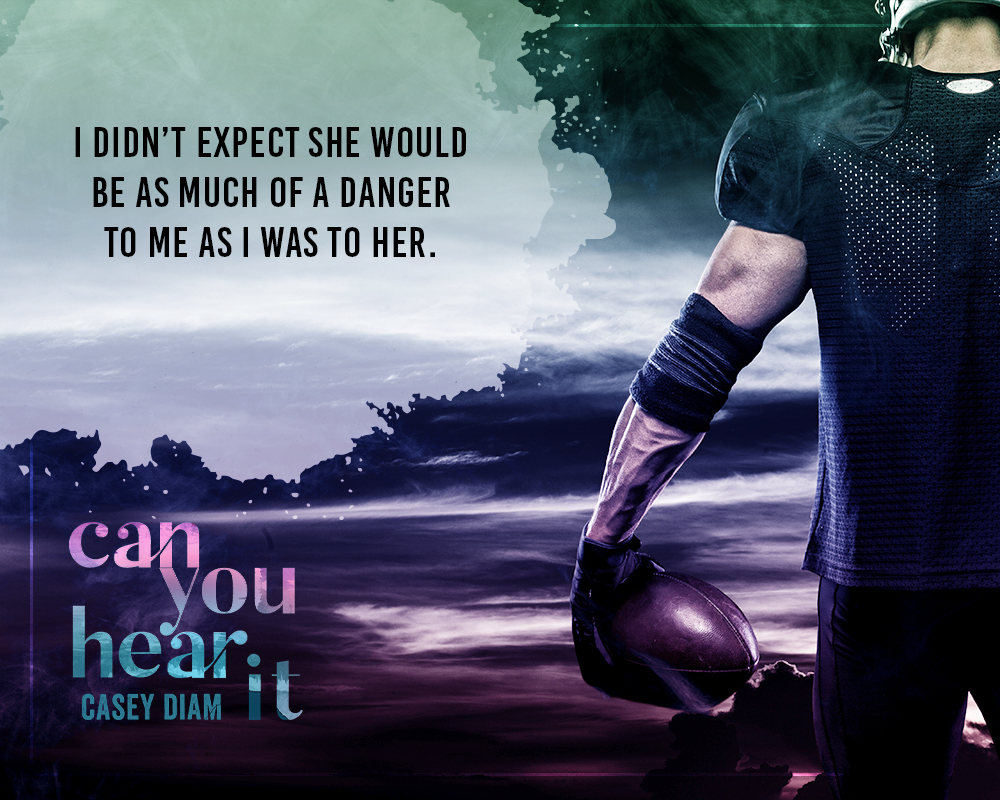 Some years ago, Casey rediscovered her passion for writing and hasnâ€™t stopped writing since. She writes sexy, funny, sweet, and emotional stories that are a bit more in depth, but so much fun to read. 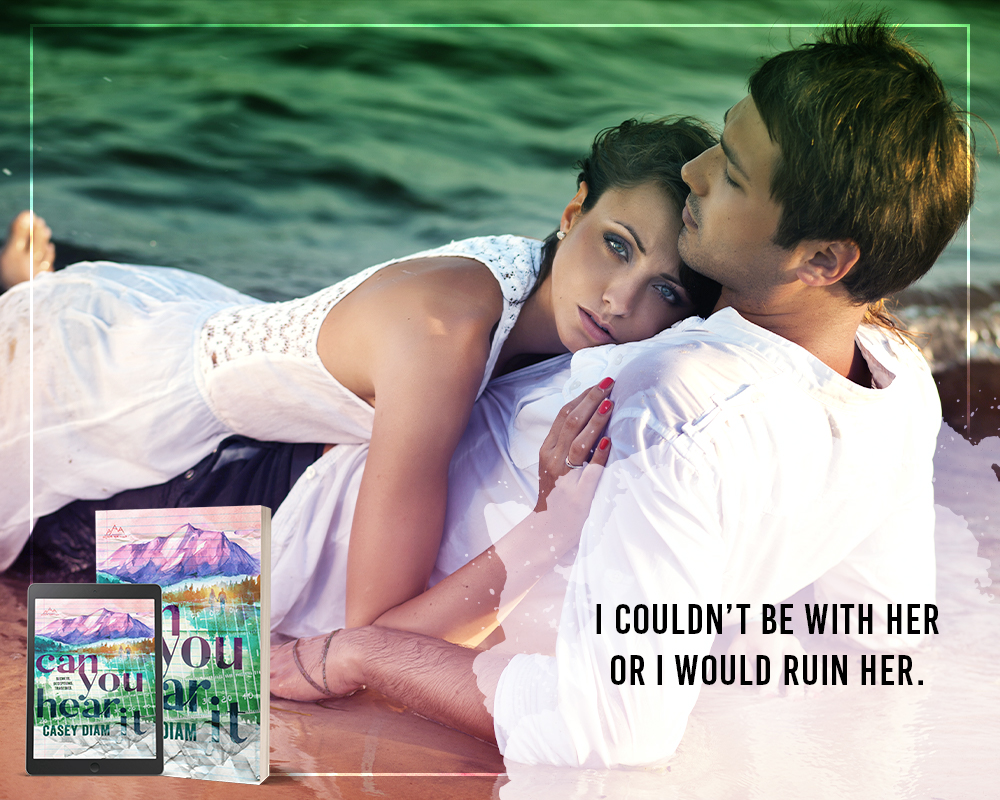