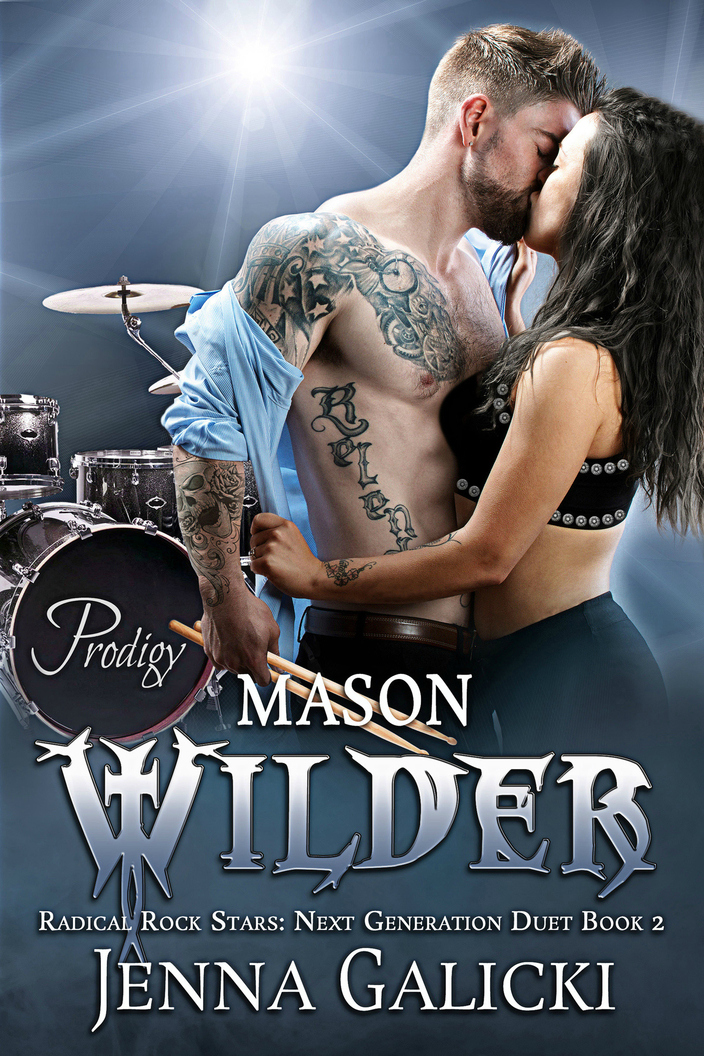 She’s my best friend’s little sister. She’s off limits. She’s Tessa Blade Garcia, a girl who knows what she wants and isn’t afraid to go after it. And now she’s after me.

Everything in my life has had a predetermined path. The success of the band had to come first. Iâ€™ve
put my feelings on hold long enough. The time is finally right. Mason Wilder is America’s most eligible rock star. Now, I’m going to make him mine.

I’ve known her since the day she was born, but it’s taken me 22 years to realize how much I love her. Just when everything seems perfect, my world gets turned upside down, and I need to take sides between people I’ve loved and trusted my entire life, and someone I never thought I’d see again. 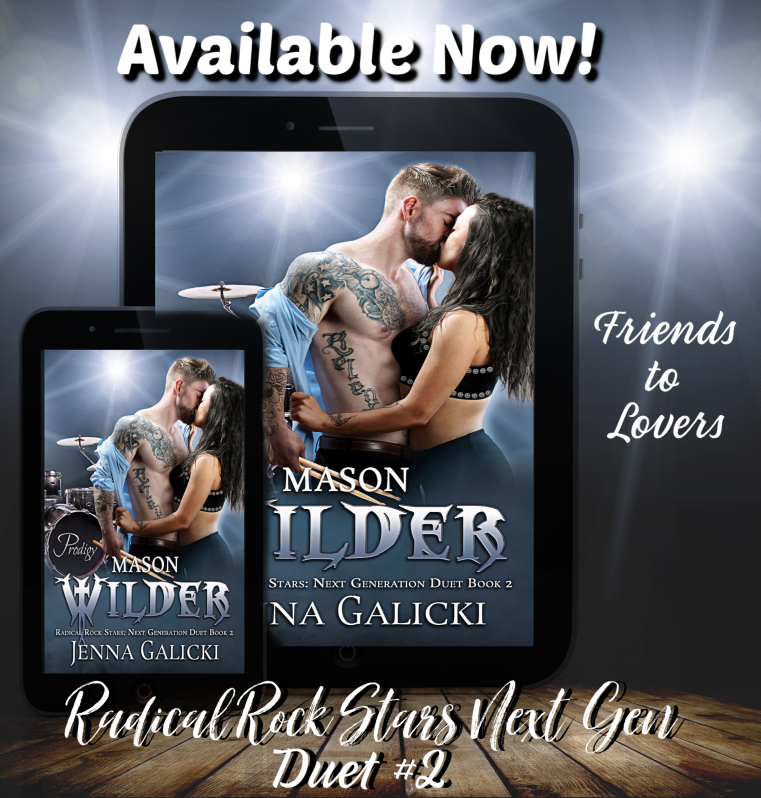 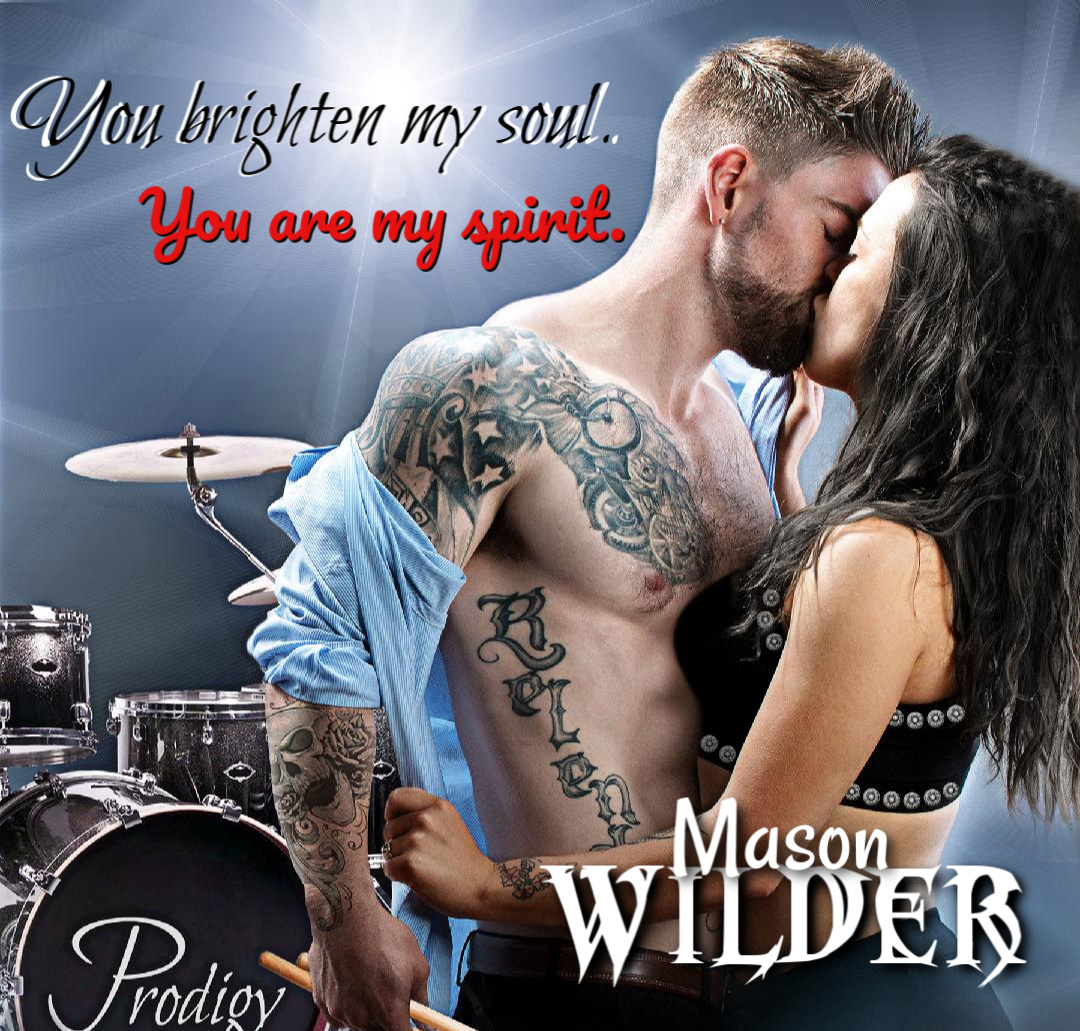 â€œIn my mind, you were always Lucas’ little sister. I never had that eye opening she-turned-into-a-woman moment, until you put that seed in my brain. It was like a curtain was lifted and the opacity was gone. In an instant, you turned into this voluptuous, gorgeous woman that I couldnâ€™t resist. That I wanted. That stirred things inside of me that werenâ€™t there before. I see it all clearly now. Me and you. A drummer and a bassist. We come from the same background. We have the same goals. Our sights are set on the same things. What two people share a better connection than us? You were meant to be in my life.” He paused and his expression deflated a little. “My life could have been very different. I could have never known my father. Never known you. Or Lucas. Or any of the Immortal Angel family. I believe I was brought here for a reason. Fate. Fate brought me to you. I love you Tessa Blade Garcia.”
She’d waited a lifetime to hear those three little words. They were overwhelming. She had always envisioned her reaction to be one of over-the-top elation. Jump-up-and-down hysteria. But Mason’s heartfelt revelation left her exhausted with relief. “Kiss me,” she breathed.
His eyes dropped to her lips, and he pulled her closer. His mouth met hers with so much heat she thought she would combust. His mouth was warm and fiery. His lips were fleshy and soft. Gentle. His hands pressed against her back and held her to him, possessively. It was as if every pore in her body woke from a drunken slumber. As if they were waiting, dormant, for Mason to touch her. In a very real sense, they were. Her nerve endings were pulsing. Her heart was thundering. Nothing had prepared her for this moment. A million fantasies couldn’t conjure up the rampage of feelings spiraling inside of her. This was really happening. She was kissing the man of her dreams. Right now. It wasn’t a fantasy or her imagination, Mason loved her. He finally realized they were supposed to be together.
When their lips slowly parted, she said the words she’d practiced in her head for so long. Only this time she knew they would be returned. “I love you, Mason.”
“I love you, Tessa.”
The words finally registered, and tears sprung to her eyes while a quivering smile spread across her face. “You love me?”
“I had an epiphany. Everything cleared. Like I had my head in the sand and someone yanked it out and I could see the light of day for the first time. I always said I wasn’t interested in settling down or having a steady girlfriend because I was too involved with my music. People thought I was a player. You saw all the headlines, but you knew they weren’t true. Anyone who knew me knew I wasnâ€™t like that. Now I realize that I never wanted anyone because it was you. I always said it was the music, but it was you. All along it was you. It was always you.â€ 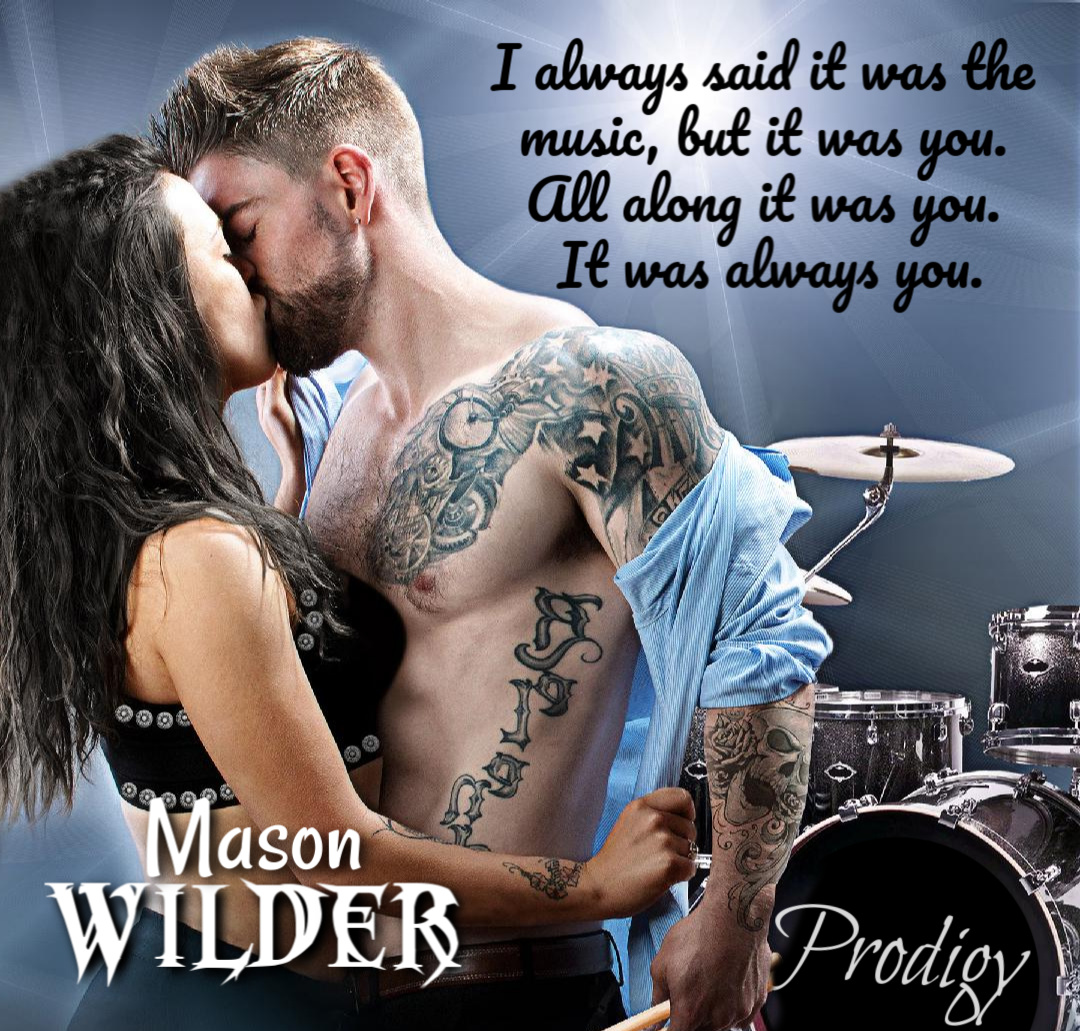 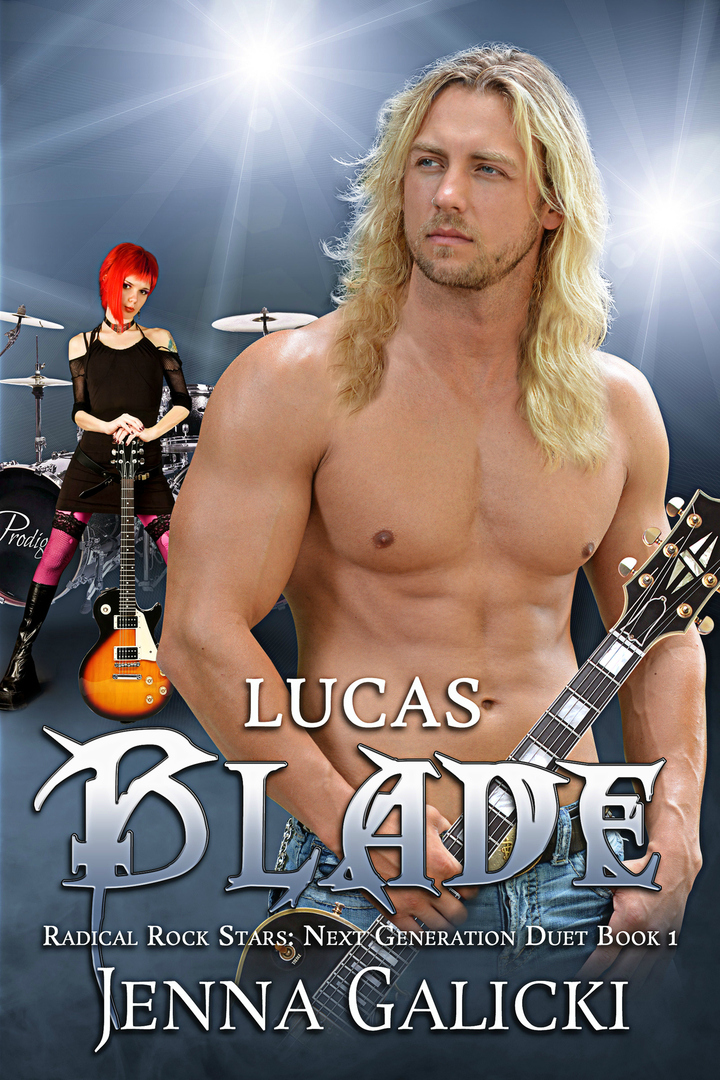 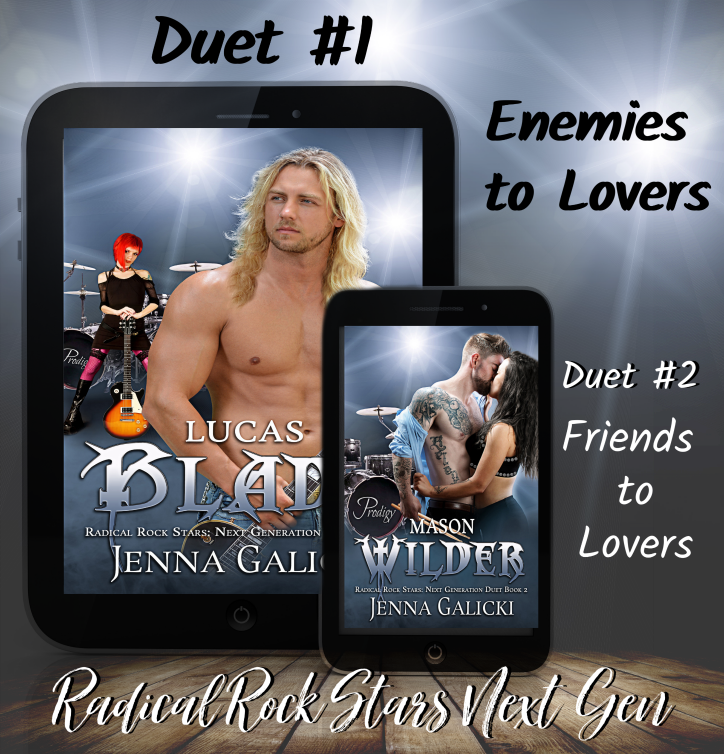 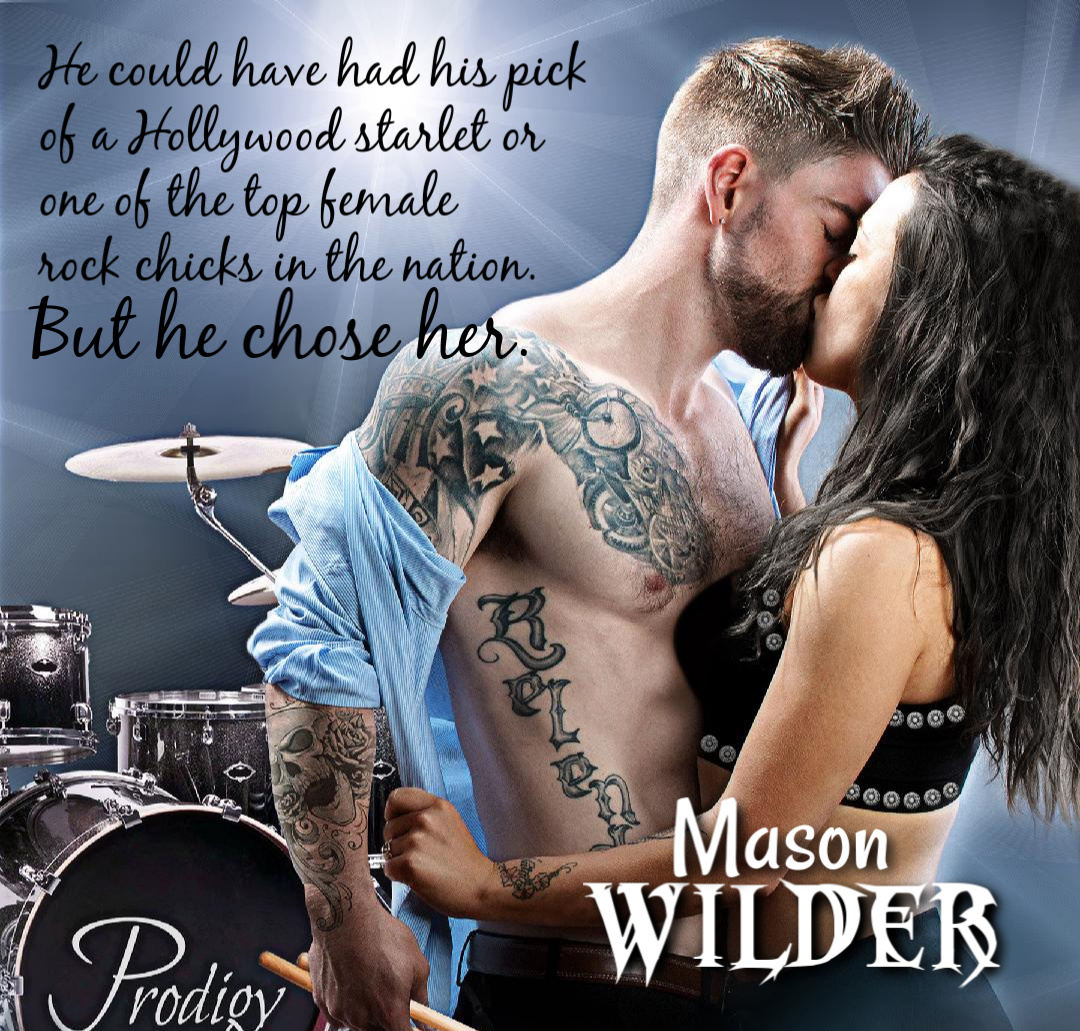