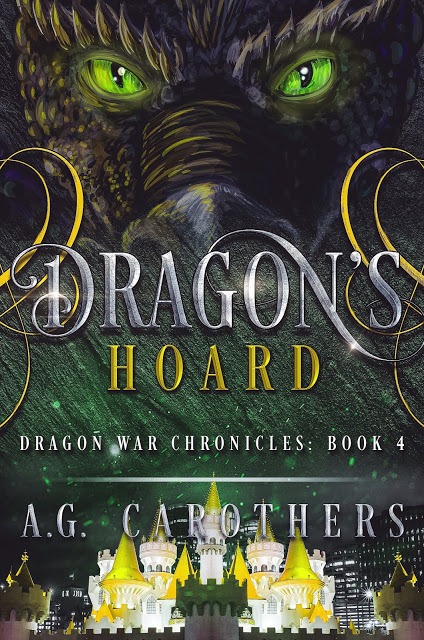 Previously on Dragon War Chronicles, the first strike was made against their enemies, but the cost was heavy.  Mourning their losses, Danica still must prepare for dragons that will be coming to woo her. She already knows the dragon she wants to mate to, but will she convince Kollin that she’s ready to commit?
Of all the dragons going to Toulouse to meet Danica and see if they have a chance only one has a completely different agenda. He knows which dragon he wants and it isn’t Danica. Will Xavier win the heart of Danica’s brother?
Anchin Luu, Danica’s brother and manager of her Las Vegas casino, Dragon’s Hoard, has spent his whole life alone due to his deadly nature. A broken experiment and retired assassin Anchin isn’t sure what to make of the water dragon that has invaded his life.
Love is in the air, but so is gunpowder. SLIPs going missing, Coyotes crashing parties, and a mating you’ll never forget are all in store for you on the next exciting installment of Dragon War Chronicles.
Attention: This book contains explicit sexual content between consenting dragons.
Dragon War Chronicles is a continuous series. It is best read in order.
SYN Consulting
Secrets Revealed
First Strike
Dragon’s Hoard 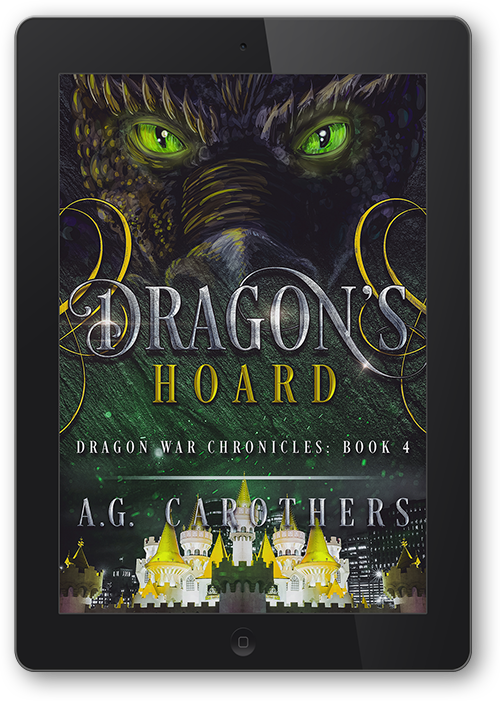 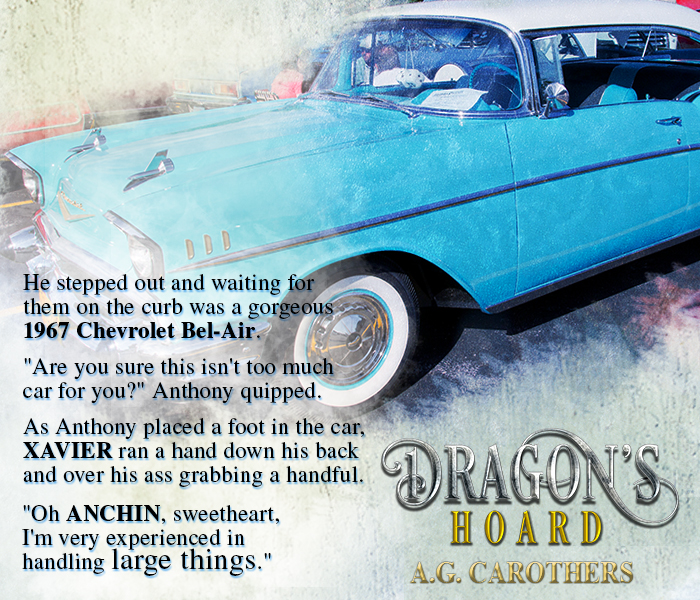 Danica immediately went for the naan fromage. “Are there any foods you don’t like?” Kollin picked up a samosa and put it on his plate. He blew on his fingers and shook them. Danica snickered. “Careful it’s hot.”  Kollin narrowed his eyes in mock annoyance. “As a matter of fact, there are some things I don’t like.” Danica swallowed her mouthful. “What kinds of things?” Kollin cut open the samosa with a knife and fork. Danica watched him with amusement and wondered what he’d think when she ate her food with her hands just like most people she knew from India. “I don’t like pickles.” Kollin scrunched his nose in an adorable fashion. “They’re slimy and gross, in my opinion.” Danica nodded her head as she chewed. “I guess I can see that. I like them, but I can see how they could be wrong texturally.” Kollin speared a piece of samosa on his fork and dipped it in the tamarind chutney and blew on it again. “I don’t like butter either.” He popped the piece in his mouth and chewed with a slight moan. They were fantastic, but that didn’t distract Danica from his confession. “Butter? Seriously? How do you not like butter?” Danica looked at him in horror with more naan halfway to her mouth. Kollin chewed slowly with his eyes closed, completely ignoring her. Danica studied him and put her hand down. His face was gorgeous in its bliss, but she was impatient and wanted to know more about this. He swallowed and opened his eyes. “I just don’t like it on things like toast or pancakes or sandwiches. I’m okay with it baked in things, but I just don’t like the flavor.” He shrugged and took another bite. Danica’s eyes widened. “Oh. My. Ancestors, Kollin! What about popcorn?” Kollin’s face screwed up in disgust. “That’s disgusting, Danica. How can you defile popcorn with butter?” His tone was completely serious. “Toffee or caramel or cheese or just that plain spray-on sugary stuff. Or chocolate.” He nodded thoughtfully and then pegged her with a stare. “But never ever, don’t even get near me with that stuffâ€¦butter.” Kollin shuddered dramatically.  Danica’s mouth hung open, and she closed it with a harrumph. “Well, that just means more for me then.” She huffed at him and picked up a pakora. “Are there any other oddities I should know about regarding food?” Kollin smiled around his mouthful of idlis and then swallowed. “Bananas.” She reached over to pick up one of the spicy fried prawns she loved and shrugged. “Texture?” “Yeah. You have to remember I didn’t grow up with them nor did I have them for the first hundred years of my life, so theyâ€™re more foreign to me than other things.” Danica nodded in understanding and continued to eat the pile of prawns down. She offered one to Kollin who nearly choked on it, and Danica had to have some milk brought over. “We should add, can’t take really spicy things to the list.” Kollin drained the glass and took a breath. “I like spice, but those are very hot.” Santosh brought him another glass of milk, and Danica smiled while she popped another one in her mouth. “What can I say? I like hot things.” She winked at him, and he burst out in laughter. 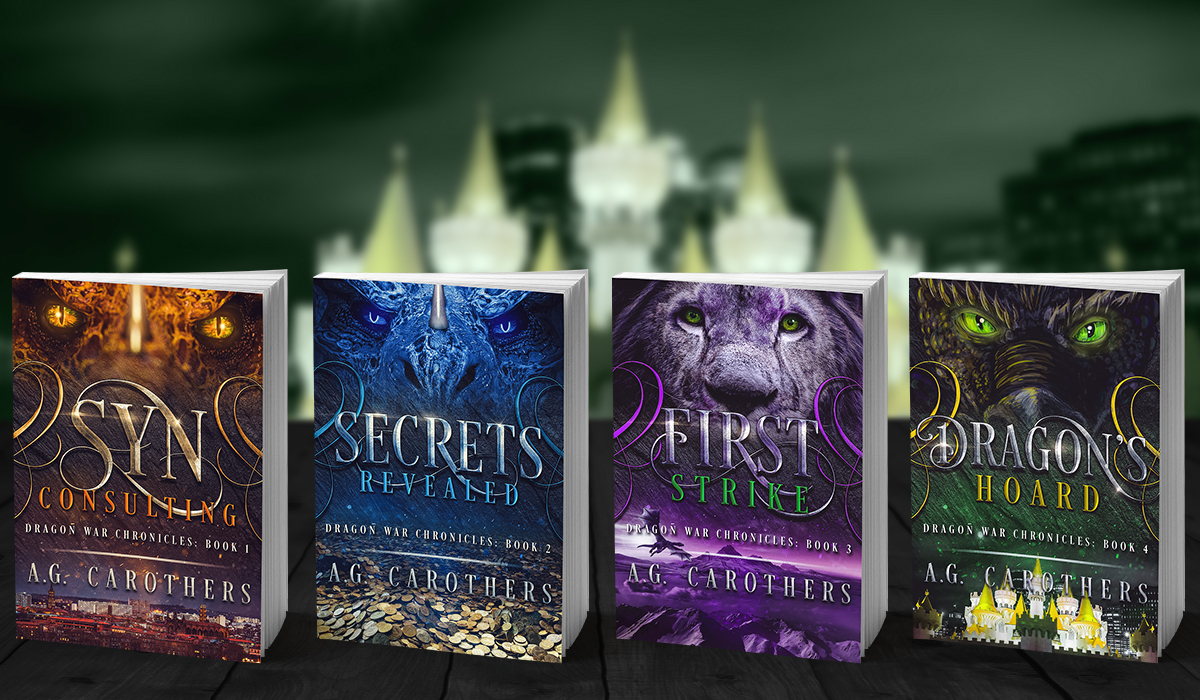 A. G. Carothers is actually a dragon very cleverly disguised as a human. They are a non-binary author of LGBTQIA Romance and Urban Fantasy, who enjoys writing original and entertaining stories. They are very excited to share the worlds they’ve created with you.
A.G. currently lives in Tennessee with their platonic life partner, who is not a dragon. They yearn to live back in Europe and will some day. In their spare time they are addicted to losing themselves in the lovely worlds created by other authors
A.G. is committed to writing the stories they see in their head without restrictions. Love is blind and doesn’t see gender, race, or sexuality.