The Second Home by Christina Clancy 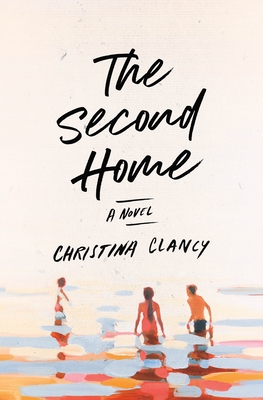 A debut novel set on Cape Cod that centers on a beloved family home and the summer that changed the lives of three siblings forever.

After a disastrous summer spent at her family’s summer home on Cape Cod, seventeen-year-old Ann Gordon is left harboring a secret that changes her life forever, and creates a rift between her sister, Poppy, and their adopted brother, Michael.

Now, fifteen years later, her parents have died, and Ann and her sister Poppy are left to decide the fate of the old Wellfleet home that’s been in the Gordon family for generations. While they both love the house, they decide to sell it and move forward. But then Michael re-enters their lives with a legitimate claim to a third of the estate. He wants the house. But more than that, he wants to set the record straight about that long-ago summer.

Reunited after years apart, these very different siblings are forced to decide if they can continue to be a family–and in the process, they’ll discover that the house might be the glue that holds them together.

My Review: Thanks, NetGalley for allowing me to read and review this author’s debut work.

The Gordons, originally from Milwaukee, Wisconsin, parents are Ed and Connie, with their teen daughters, Ann and Poppy, and their adopted son, Michael. They vacation every year at their summer home on the island of Cape Cod, Massachusetts in a saltbox style summer home. Something tragic happened to Ann on the island 15 years ago, and it causes the close nit family to become estranged. Now another tragedy has taken place, can the family come together again?

The writing is descriptive and thorough, you can picture the scene unfolding in your mind’s eye, however, it can be tedious at times. Overall would highly recommend this book.