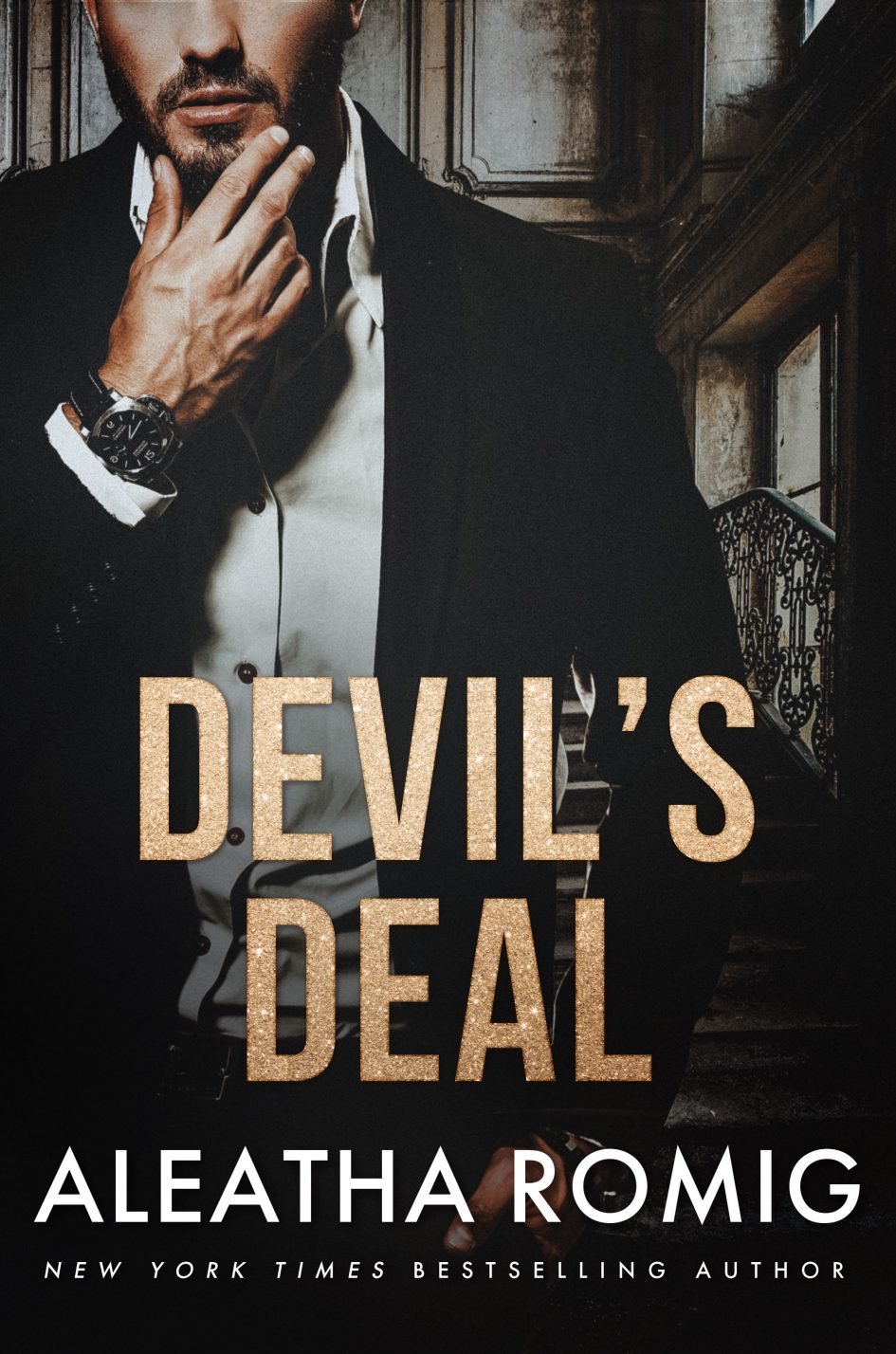 What is your desire?

I am the man who can make every dream come true, for a price.
Years ago, a fight for supremacy took place between the two most powerful families in New Orleans. The battle was set in the metaphoric octagon, with the spotlight blazing. The city sat in paralyzed fear, awaiting word of a victor.
Abraham Ramses versus Isaiah Boudreau.
One man would emerge victorious and rule the city of sin.
Neither understood that the devil was in the details.
Neither lived to see the rising sun.
I’m Everett Ramses, son of Abraham, and I am the devil.
I took my rightful place as king of New Orleans.
Now, my realm is threatened by a man with false claims to the Boudreau family.
I know what I must have to secure my empire—who I must have.
The rightful daughter of Isaiah Boudreau, Emma North, must be my wife. Together we will reign stronger than ever before. But first, she must take the devil’s deal.
*DEVIL’S DEAL is a full-length novel that begins with the prequel FATE’S DEMAND previously titled The Deal.
Grab Your Copy Here:
Amazon US | Amazon UK | Amazon AU | Amazon CA | Apple | Nook | Kobo 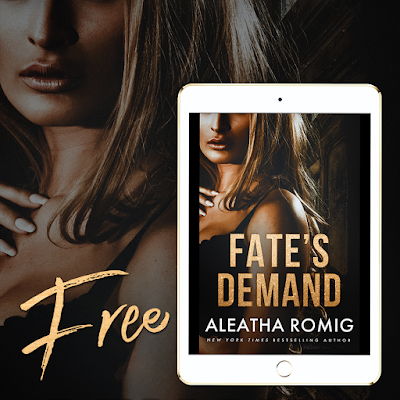 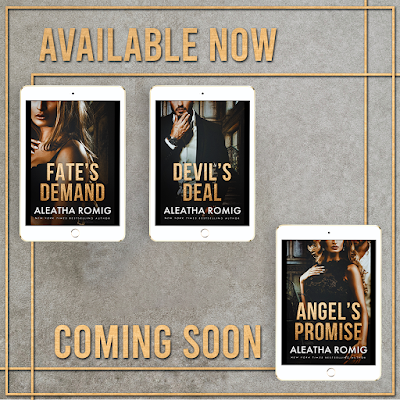 There is nothing better than starting a new duet by Aleatha Romig. This time she takes us to the French Quarter of New Orleans in the sneak peek with Fate’s Demand. Devil’s Deal is where the jazz and underworld spirits and voodoo combined to make the perfect deal without all the messy feelings of love. Everett “Rett” Ramses is the king of his realm, his world; he decides that it’s time for a queen, and the woman he wants is Emma O’Brien.

In true Aleatha style, she leaves us hanging until the conclusion coming in six weeks with Angel’s Promise. This story seems different than most of Aleatha’s other work; it has an underlying feeling that I cannot explain the words must be felt, the story must be experienced.