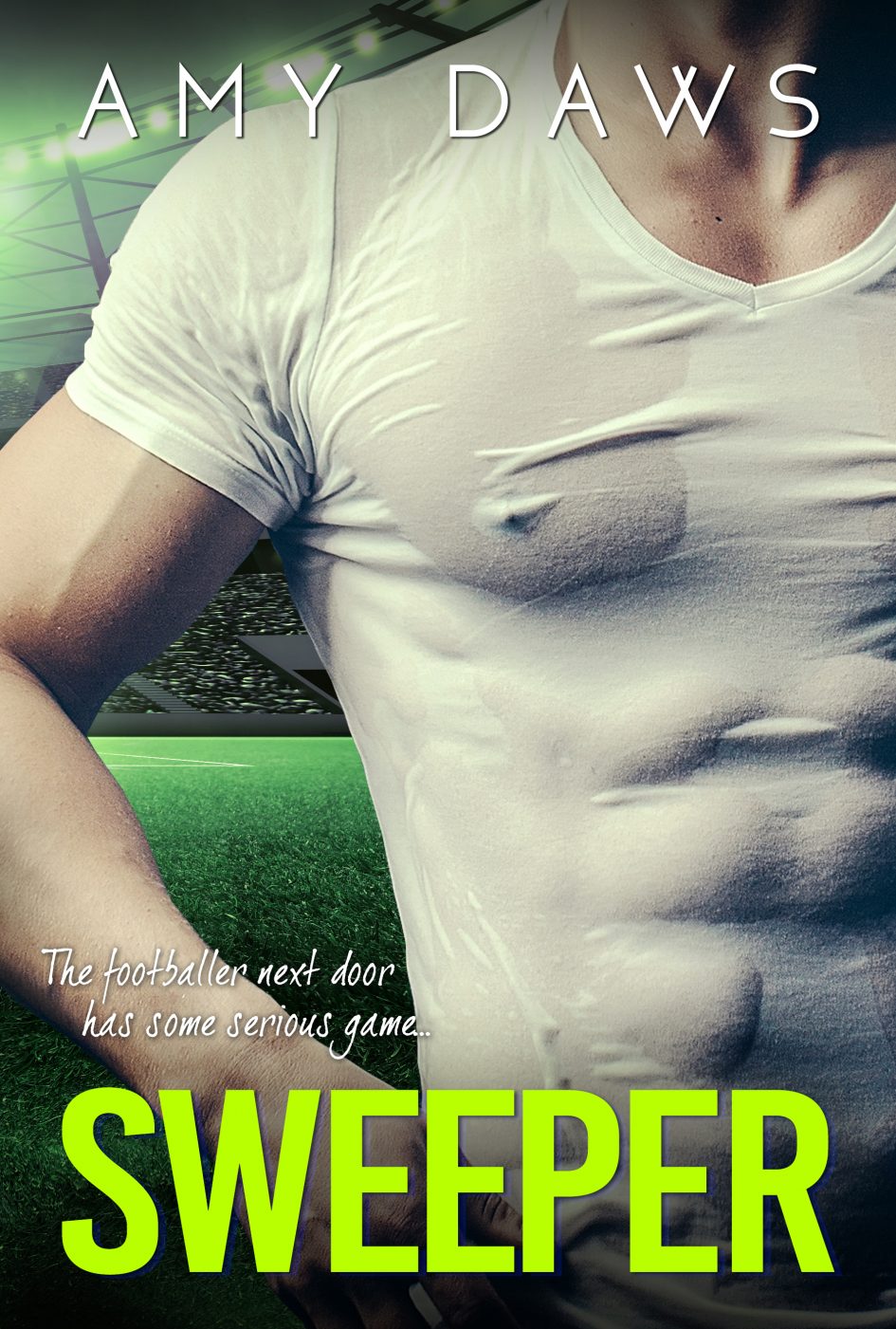 Daphney Clarke can’t stand the cocky footballer next door. But after one steamy hallway kiss, Zander is convinced that “neighbors-with-benefits” would be a much better game to play than “neighbor wars”.
Only question is, who will be the winner?
Download now or read in Kindle Unlimited

The cocky footballer next door has some serious game…luckily, Daphney Clarke knows how to play.

Zander Williams is the hot new American determined to take European football by storm. His head is so big, it barely fits under his backwards hat. And when he’s recruited to one of the biggest up and coming clubs in London, he’s certain to make his name known.

Managing the building where they live is only one of Daphney’s many jobs. It’s why she has zero patience for the obnoxious American on the other side of the wall who makes the most ungodly noises and likes to answer his door in nothing but a pink tea towel.

Tensions build and after one steamy hallway kiss, neighbor wars quickly shifts into neighbors-with-benefits and that’s a battle they both intend to win.

But Daphney doesn’t know the real reason Zander is in London and now she’s stuck in the middle of a game she didn’t even know she was playing.

????? Sweeper is undoubtedly a top 2021 read. A captivating blend of searing chemistry, a charming alpha hero, an exceptionally witty heroine, amusing banter, bursting with emotion, laughter, giggles, heartbreak tears, happiness tears, and steam, inside a world that has become a fictional home, with a family that has embedded themselves in my soul. Their love shines through you long after you reach the end. -Goodreads Reviewer

“Boop, boop, boop,” a deep voice echoes much too close to my face, and my eyes fly open in terror as I catch sight of Zander Williams’s finger by my nose.

“What are you doing?” I exclaim, scrambling up off my sofa and standing behind the arm of it to put some space between us. I hold my chunky blanket out in front of me like it’s somehow going to protect me from the psychopath currently standing in my flat.

Zander holds his hands up defensively, his eyes wide. “I didn’t mean to scare you!”

I blink back at him as my sleep-fogged mind clears, and I take in the surroundings of my flat. I reach up and touch my nose. “Did you just touch my nose?”

“I booped it.” An awkward smile spreads across his face as he grips the back of his neck. “You were sleeping so cutely. I thought it’d be a funny way to wake you up.”

“Funny?” I repeat, forking my fingers into my messy bun and glancing down to make sure I wasn’t having another wardrobe malfunction in front of him. “You thought it would be funny to break into my flat and touch me?”

His face falls. “Well, when you put it like that, it sounds creepy.”

Read Now on Amazon or with Kindle Unlimited—> https://geni.us/Sweeper

Check out Amy’s Facebook page for an awesome giveaway!

Amy Daws is an Amazon Top 13 bestselling author of sexy, contemporary romance novels. She enjoys writing love stories that take place in America, as well as across the pond in England. When Amy is not writing in a tire shop waiting room, she’s watching Gilmore Girls, or singing karaoke in the living room with her daughter while Daddy smiles awkwardly from a distance. For more of Amy’s work, visit: http://www.amydawsauthor.com

I binged read the Harris brothers series in anticipation of Sweeper, and Amy Daws brought it with balls bouncing, shagging, and bagging!

While playing soccer in Seattle, Zander gets a phone call; your dad’s been in a horrible accident; he died on impact. Zander goes home to Boston to prepare his father’s funeral when he happens across a letter written by his mom but never sent to the addressee. Zander goes back to Seattle and discusses the note he found with his British teammate Jude; together, they devise a brilliant plan. Zander Williams gets himself recruited to Bethnal Green and starts training with the Harris clan to become the Sweeper. With emotions blazing, his first encounter is with Daphney Clarke at the Old George’s Pub.

Daphney Clarke has many jobs, a server at Old George, an apartment manager where she lives, a musician; she has little time or patience to deal with an obnoxious American neighbor, Soccerboy. The walls are paper-thin, so when the noises coming from his place sound like an animal dying, she knocks only to find him covered in a little pink tea towel. Tart up, things escalate quickly, from snogging to neighbors with snoregasms benefits, and Daphney finds herself in a game she wasn’t aware she was playing.

Besides getting himself to England, Zander has no idea what he’s doing or how to execute his desire to know the truth. Trust Amy Daws to write an epic story about trials and tribulations with a ton of entertainment. The emotions run high and all over the place with this story!

One line in this book rang deep within my soul that I had to share in my review.
“Grief feels like a forever kind of thing to me. It’s just varying degrees at different stages in your life.”