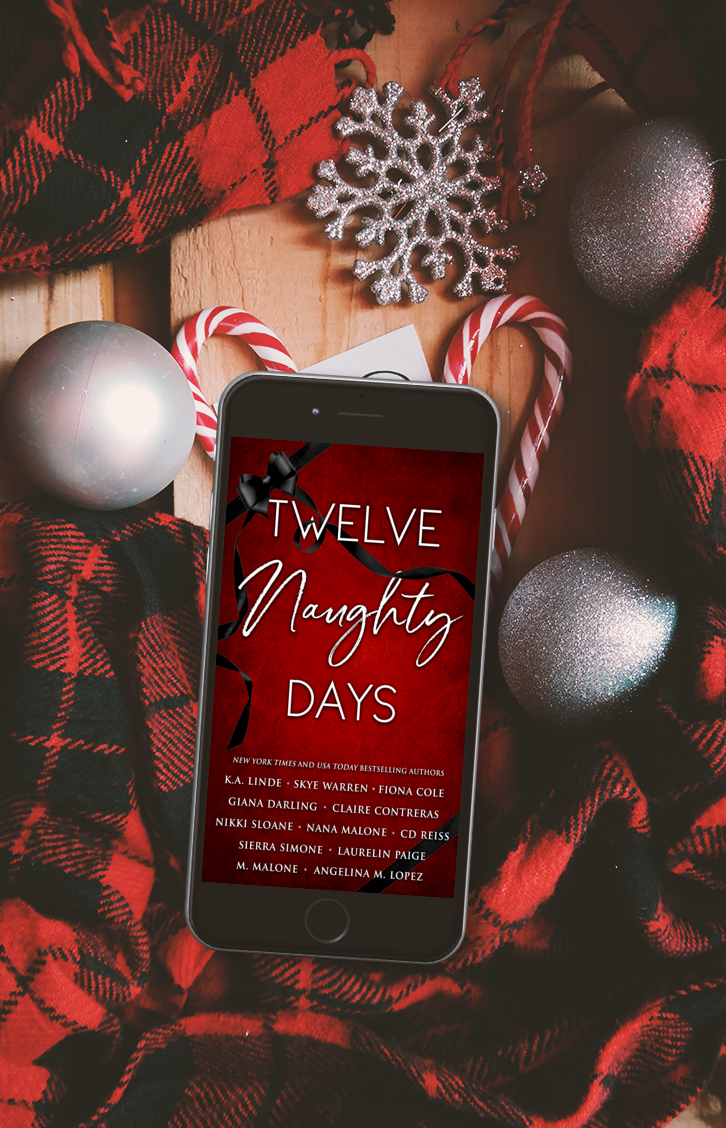 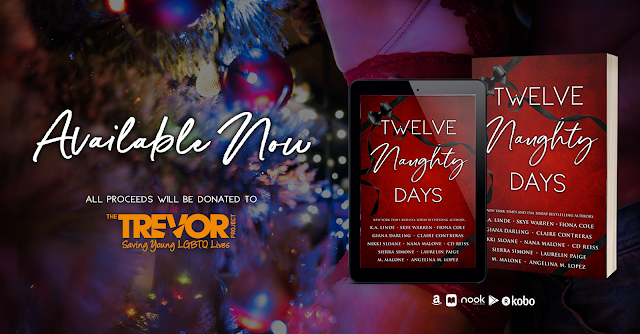 Cancel your plans, because twelve of the hottest romance authors have teamed up to bring you a delicious holiday treat: a series of never-before-seen short stories inspired by the 12 Days of Christmas.

Each of the authors will have an unforgettable, steamy story. Set to one of the twelve days in the popular Christmas song, it will be perfect for you to sink your teeth into this holiday season.

On sale for a very limited time at just $3.99! All proceeds benefit suicide prevention and will be donated to the Trevor Project. 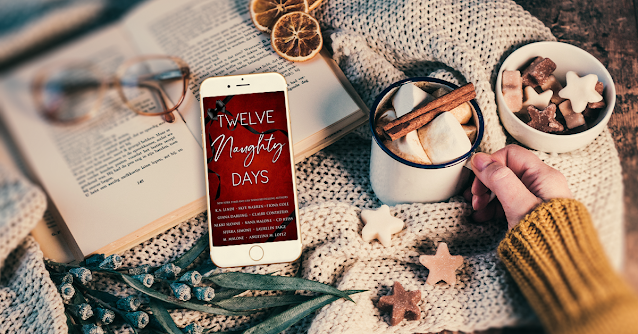 My Review: ****
Twelve Naughty Days is an anthology written by twelve well-known authors who can be very naughty but are very nice.

One Cruel Weeding Night by K.A. Linde is about an arranged marriage his money for her body. His money is Camden Perry, and her body is non-other than Katherine Van Pelt, heir to Percy Hotel.

Two Turtle Doves by Sky Warren is about marriage, faithfulness to each other and their family. Gabriel, Avery, daughter Helen, and expected son Archilles.

Goner by Fiona Cole is about Christmas in The Voyeur Club, where owner Daniel makes sure that your detailed sexual fantasies come to life.

Four Calling Birds by Nana Malone is a heist for Christmas performed by Prince Lucas Winston and his darling wife, Bryna.

Five Golden Rings by Claire Contreras is about a list of regrets Delilah Bravo has, and one of them is Latin Trap artist-music mogul, sexiest man alive Rory Ramos.

On the Six-Day by Nikki Slone is about meeting your boyfriend’s parents. However, when you’re in a throuple is even more demanding. Clay, Travis, and Lilith are introducing their families to each other.

Swan Song by Giana Darling is part of the Fallen Men Series. A nineteen-year-old Finnigan Ramsey, who is trying to find out who killed his mother, the police said there was insufficient evidence to charge anyone in her murder. He goes into the dark web to find her murderer.

My Present This Year by Sierra Simone is a forbidden love story between two step-siblings Nick Mumford and Nora Charles; the attraction to each other is off the charts.

Nine Ladies Dancing by CD Reiss is a bizarre story.

Gift Me by M. Malone is set in Washington, DC, where Noelle Williams is an accountant living in an apartment complex. Her neighbor is a tatted geek who lives down the hall, named Deacon Goode.

Twelve Drummers by Angelina Lopez is about Aztecs celebrating Panquetzaliztli, a twenty-day event, rebirthing the God of Sun and War.